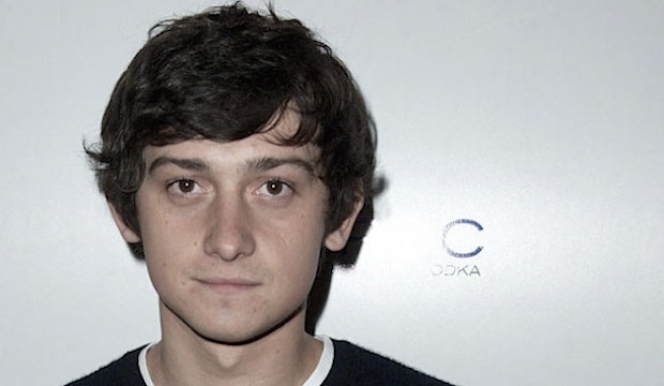 Craig Roberts
Welsh actor Craig Roberts has achieved much more than his modest 24 years might suggest. In 2011, the Welsh actor appeared as the lead in Richard Ayoade's cult classic Submarine, the film that saw him take with ease to deadpan black comedy as narcissistic nerd Oliver Tate.

Now he's back playing a similarly awkward role but also sitting at the helm with a directorial debut: his new film Just Jim is in London cinemas from 25 September.

It's a big change for Roberts: having spent a fair bit of time in Hollywood working on the likes of 22 Jump Street, now he returns to the town where he grew up to make this first foray into directing. Highly personal, Just Jim takes us back to those lifeless, suburban landscapes, that same 'Welsh nowheresville' of Submarine. Roberts' view of Wales is, he says, "nihilistic...like my film. Really, terribly depressing."


"In Wales, everybody’s very happy because there’s not much going on, they have to keep themselves entertained. It’s cool. Wales is just very slow. It's like a Roy Andersson film."

There's something to be said for this comparison. The first half of Roberts' film plays out like one of Andersson's deadpan melancholic pastiches, with a number of wide, slow fixed perspective shots. "It’s very polarised. I didn't want cut to anybody because nobody deserves our time of day....It just feels as stagnant and monotonous as possible, because it’s a boring world. Pretty cheerful stuff!"

Halfway through the film, though, Roberts' film undergoes a rapid tonal shift, taking an unexpected turn for the surreal. "I was slightly bored with British cinema because I know what to expect. We’re very good at social realism. Mike Leigh does it phenomenally, and so does Shane Meadows. But I like escapism, so an American comes in and it turns it into a nightmare."

In the film, Roberts plays Jim: a bored and lonely teenager, similar to the role he played in Ayoade's Submarine. Jim thinks he's lucked out when befriends his new neighbour Dean, an effortlessly cool American played by The Girl Next Door actor Emile Hirsch. But when Dean makes a suspiciously concerted effort to turn Jim into one of the cool kids, his motives start to reveal themselves as less than altruistic. 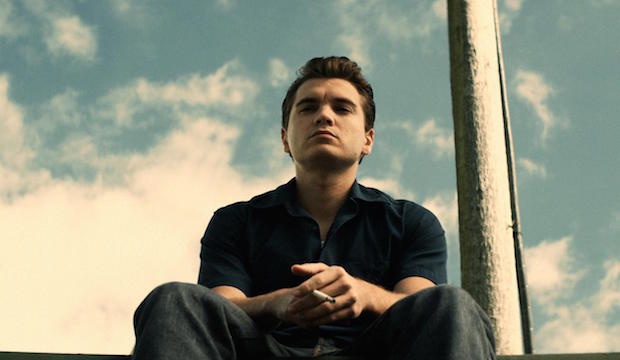 "I wanted to change the tone of the movie with the protagonist's circumstances, so instead of fabricating the whole thing with comedy, and us knowing that he’s in trouble but still laughing at him, I wanted us to actually see the trouble.'

"It’s about time people wake up," says Roberts. "We see the same thing all the time...It’s the whole, Spielberg / Kubrick conversation. You go into a Spielberg movie and you know what to expect, you know he'll wrap everything up for you. Whereas Kubrick" he says, "will pose more questions, and make you more frustrated than when you entered the cinema. I think that’s much cooler. Audiences like having their own interpretations."

As Dean becomes more unhinged and pushes Jim to morally dubious reaches in order to achieve popularity, Jim finds himself indebted to a man with sociopathic tendencies. Roberts' film throws notions of 'cool' into question as Jim must learn, ultimately, that being popular isn't essential; it's fine to settle for mediocrity. "I always tried to be cool and that was uncool. You’ve just got to be yourself... I know people who are eccentric and idiosyncratic" – but that was never seen as cool, he stresses. "It was always the guy that went to the gym. Social statuses are terrible." 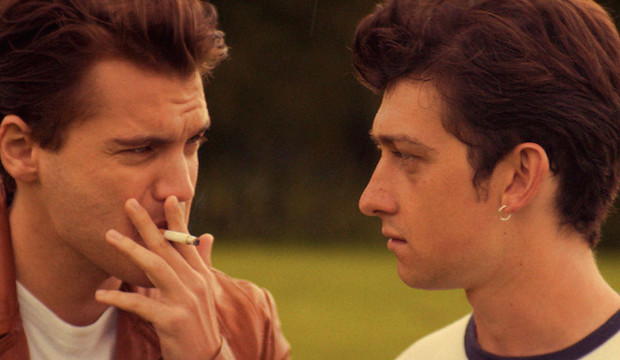 There's an autobiographical element to Roberts' film, as he describes his own school experiences."I never got the girl", he says, shrugging. The object of his affections "dated the guy who was the bully, essentially. He used to feed people bread. He used to beat them up and put them in a headlock by feeding them bread. It was very strange."

Strange indeed. Fusing the 1980s black comedies like Heathers, with Lynchean surrealism and the deadpan, mundane humour of Ayoade, this is British filmmaking at its quirkiest.