A new London festival with a hedonstic twist: Citadel establishes itself as a major contender on the festival calendar 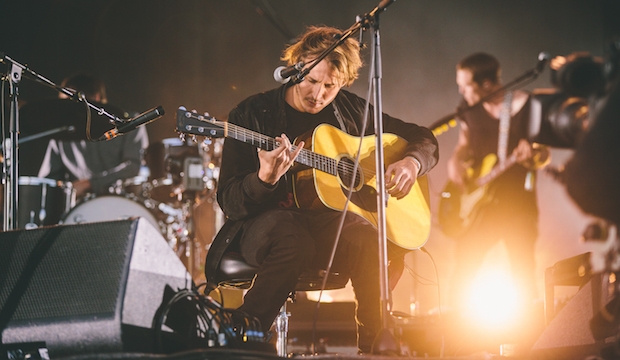 Below is our review, click to find out background information about the festival

As the dust settled on Lovebox 2015, Londoners descended on Victoria Park for a final day of frivolities which took on a new twist: the brand new Citadel Festival. Unlike the heady crowds battling to get to the front of the pack at Lovebox, the atmosphere at Citadel on Sunday was far more relaxed. Low branches, glittering fairground ferris wheels and roaring roller discos made for a joyful atmosphere of merrymaking that had a very different feel to the spinning sets by Annie Mac and Rudimental the days prior. This was certainly not your average one day festival.

Organised by the brains behind Wilderness - the delightful Oxfordshire festival where hidden glades conceal clear swimming lakes between the fantastic music, arts and performance lineup - Citadel had a lot of the same traits. Novices and seasoned festival goers loved the delightful snapshot of the full scale festival experience, which included arts and crafts workshops, talks and first-class comedy, as well as old school croquet matches and wheelbarrow races in the Sports Day events even before getting started on the musical line-up. Unlike some of the one day festivals that have popped up all over the city during the summer season, Citadel was really true to its word and boasted a wonderful array of extras that made it more than just a trumped up gig in a park.

Tucked behind the main stage, the Sunday Papers was a quiet spot that the crowds hadn't discovered, where delicious foodie treats and Cockatoo inspired cocktails awaited festivalgoers looking for a break before heading back to the Despacio tent and shaking some tail feathers under the giant disco ball. Inside the Sunday Papers tent, serious political discussion, including Dame Tessa Jowell's grilling from journalist Ben Judah on her London Mayor campaign, was peppered by whimsical playtime with the likes of Mr Gee & Adam Kammerling's astounding poetry on everything from hangover shame to urban poverty.

Meanwhile, the Comedy tent in the centre of the park attracted enormous crowds with a sensational blend of sketch shows and standup. Headliner Felicity Ward battled the addictive indie tunes of Bombay Bicycle Club with a strong set that really got into the festival swing of things. The best new discovery of the day were playful circuit heavyweights Max and Ivan, who you might recognise from their cameos in the BBC comedy W1A. And then there was the fashion, the secret corners with pinball machines, skate parks and raucous disco dodgeball to list just a few of the delights in the programme!

In terms of musical delights, it was headliner Ben Howard that captured hearts as the sun set with the melancholic sounds of the Mercury-nominated singer-songwriter's second album flowing over the dusty park. North Londoners Bombay Bicycle Club really got the energy pulsating and the crowds jiving at the main stage while Roots Manuva performed a collection of his best hits in the Soundcrash tent.

Nestled in east London's Victoria Park, Citadel is the hedonistic festival experience without the stress of travelling to the middle of nowhere (and without the hassle of a tent). The most you need to worry about is whether you brought enough cash, because there is so much more to this extravaganza than the music.