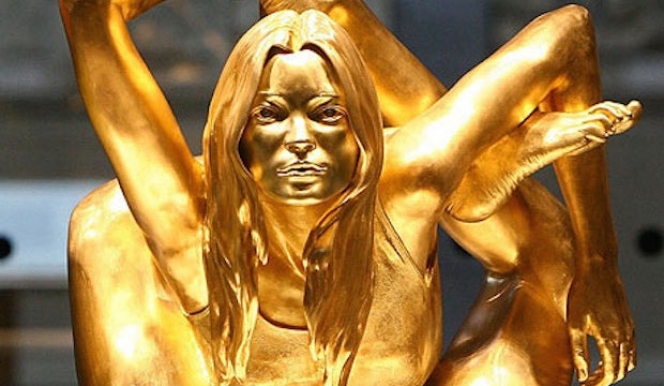 The softly spoken and wickedly intelligent artist Marc Quinn, best known for crafting a self portrait out of nine pints of his own blood, has weathered the stormy art market to become one of the most famous (and expensive) British artists working today. If anything Quinn's notoriety, as well as the backing of star gallerist Jay Jopling, has made him even more appealing to collectors and institutions.

Shock and horror are common reactions to Quinn's intensely bodily work, which makes use of placenta and faeces, transgender transformation and even a cast of his own naked figure - one particular journalist recently even called his work, 'the shallowest art of our time.' But the 'shock' label which is often stuck on Quinn and his YBA contemporaries like Damien Hirst and Tracey Emin is reductive (even lazy) and disregards the spectacular nuances of his work.

'I wouldn't say I'm controversial. I'd say that I reflect the world', Quinn argues. 'It's become an easy way of criticising.' And Quinn's art is hardly as alarming as the images flashing up on the 6 o'clock news. 'It's strange that people accept a million terrible things and then as soon as it's in a gallery they say, oh no it's a bit shocking...so we don't need it.'

For one thing, Quinn is not like the other YBAs who were causing havoc at Goldsmiths in the 1990s. Instead, Quinn opted for an academic route, studying History of Art at Cambridge. At his latest White Cube exhibition entitled, Toxic Sublime, we find Quinn's understanding of art in action as he chews up and spits out master British painter J. M. W. Turner with a new series of radical seascapes that unravel a contemporary response to gorgeous landscape painting in the age of global warming. 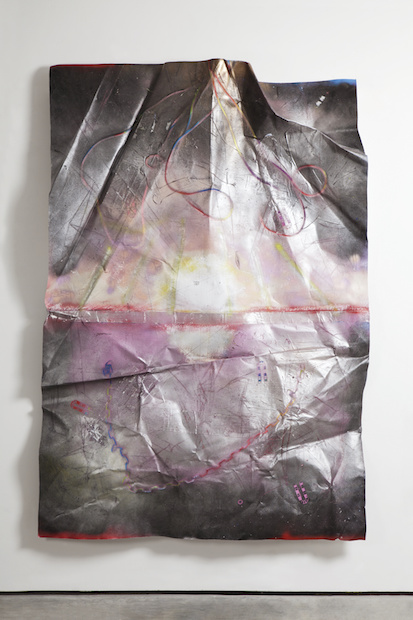 Much like the urban myth that Nigella Lawson (the then wife of powerhouse art collector Charles Saatchi) opened their fridge and melted the famous blood head, Quinn is still fascinated by the transformation of liquids and solids.

Rolling seascapes and crashing waves roar across the White Cube Bermondsey Gallery in a series of new paintings and sculptures that consider how the body interacts with the urban and natural environment - after all the body is 90% water. The primordial ooze of the blood head is replaced by the cascading ocean, which is tamed by manmade water-systems, metal pipes and plastic bottles. Quinn explains, 'the capillaries of pipes and drains are a bit like a circulation system through the whole world, almost like blood.' 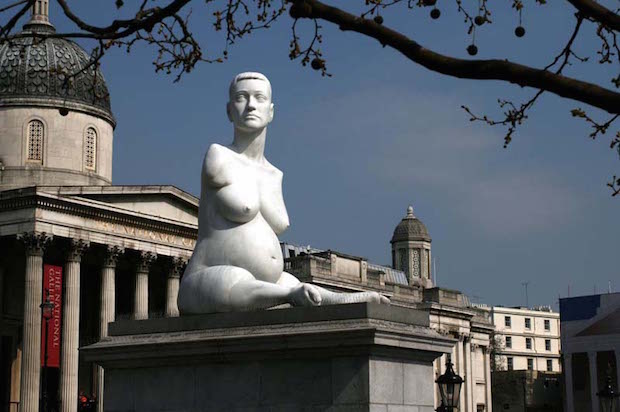 The power of celebrity

One of the most famous works that skyrocketed Quinn into the land of celebrity is the contorted solid gold sculpture of Kate Moss in an unbelievable yoga position (2008). It marked a fascinating shift from the iconic Alison Lapper statue sitting atop the Fourth Plinth in Trafalgar square (2010), an artist who was born without arms and truncated legs. 'Kate was the opposite to the Alison Lapper,' Quinn remarks, 'It was the idealised body, the body that everyone thinks is perfect.'

Pop-culture icons frequently appear in Quinn's work, with images of Pamela Anderson and Michael Jackson amongst the cast of famous faces. 'Celebrity is interesting because it marks a specific time when an object was made', Quinn suggests.'Like Marilyn Monroe and Andy Warhol...she is still famous, but probably more now for being in a Warhol painting. No one watches Marilyn Monroe films anymore.'

So will anyone remember the mischievous supermodel Kate Moss in a hundred years time? Probably not, but for Quinn, 'art transforms the moment and the temporal into something more eternal.' He's also fascinated by the celebrity fantasy, arguing that, 'people create images and then forget that they're artificial when we can't live up to them. People become seduced by their own creations, forget and that causes problems.' 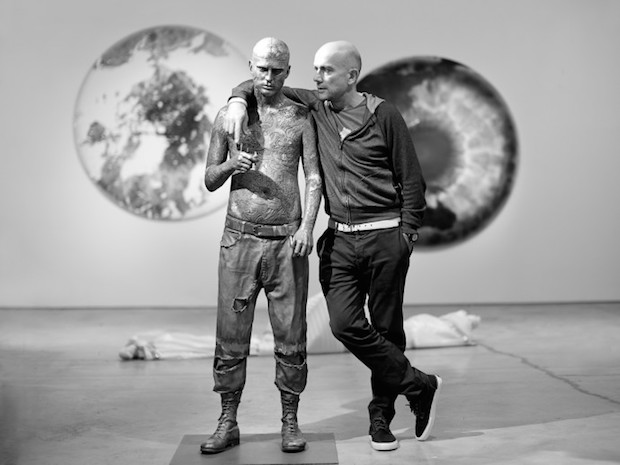 Blood, guts and other materials

The complex paintings featured at the White Cube embrace the radical 'material feeling' which we have come to love about Quinn's work. 'I didn't want them to feel like they were created with human intent', Quinn says, 'I wanted them to have chance. Perhaps you could tie them to the back of a car and drive around with them or something?'.'

Across the gallery, another wildly experimental medium gets the spotlight in the serene arcs of stainless steel which make up the Frozen Waves series. Made from groundbreaking three-dimensional printing technology, Quinn delights in the crisp detail of the sculptures, which look like prehistoric fossils that have been slowly worn by the ocean over millions of years. The results are breathtaking: 'I wanted it to be like primal creatures from the deep.' Enamoured with his revolutionary new toy, Quinn coos, '3D printing is to sculpture and object making what photography was to painting.'

There is often saccharine beauty in Marc Quinn's work which challenges life and death, from Kate Moss as a goddess to frozen flowers locked artificially in a riot of colour at full bloom before wilting. Even in Quinn's latest paintings at the White Cube there is a fascinating contradiction between destruction and creation: 'it's a bit like watching a nuclear explosion and knowing that you're about to die in about 25 seconds and thinking - actually that cloud has an amazing shape.' 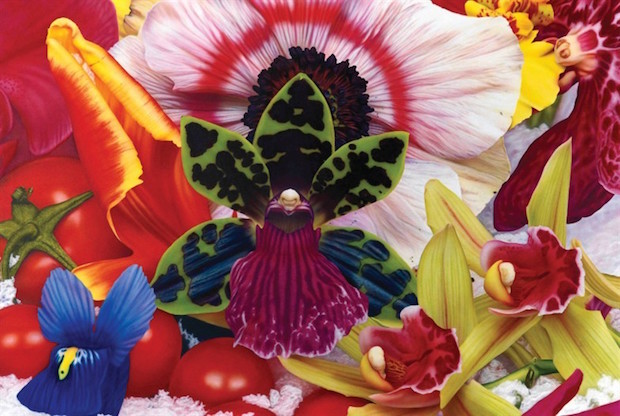 The main focus of the show are the large-scale paintings layered onto crumpled sheets of aluminium, which were sparked by a single photograph taken at Quinn's second home in the Caribbean where the violent tide could be a brewing underwater storm. Despite having the same roots, each painting has its own life force: layered with spray paint, tape and rubbings of the city streets with man hole covers, tyre tracks and Thames Water signs. 'It's a kind of mash up of the urban and the natural', Quinn explains.

But what's on the horizon for this rule-breaking artist? Return to the work we know best? 'If I carried on making the same art I'd get very bored. I think about making art that's about the world we live in, sometimes that's about the body and sometimes it's not. The blood head is a bit like a Samuel Beckett play, its a cast of my own head and then its redone and redone and each time its slightly different because you can never do the same thing twice.'

All we know is - it's bound to be explosive.