What to do in Bethnal Green

The best things to do in Bethnal Green, as as selected for Culture Whisper by Michèle Fajtmann of 'From My City' 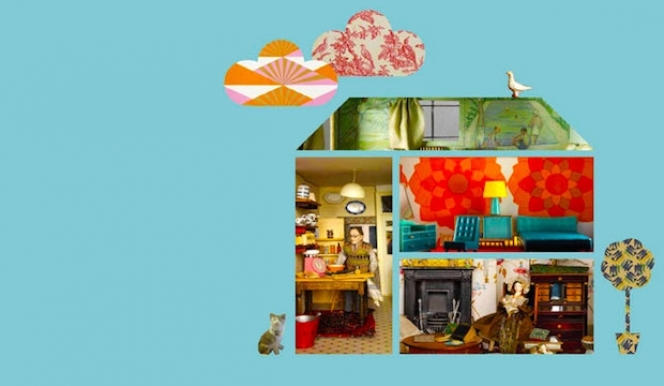 V&A Museum of Childhood: Small Stories
Located next to Shoreditch and Whitechapel, Bethnal Green is a relatively untouched neighbourhood that still has a strong authentic East End flavour. It is easily accessible from Central London, with its convenient location on the Central Line (5 stops from Oxford Circus). It is also close to Victoria Park and the pretty Columbia Road Flower Market.

Bethnal Green was one the poorest slums in Victorian London as well as the operating grounds of some world famous gangs, such as The Kray Twins in the 60s. It is also an area that suffered enormously from the bombings during WWII and never fully recovered from it. This has left an area that seems dreary and edgy, but once explored, is actually full of hidden gems.

Firstly, there is a thriving contemporary art gallery scene, with galleries installed in former industrial buildings or former artist studios. There are cafés in unexpected spaces, and bars and restaurants with terraces under railway arches. Also, three remarkable historical buildings are just a few steps from the Bethnal Green Underground Station: St John on Bethnal Green, a church designed by the great Sir John Soane in 1826, the V&A Museum of Childhood with its Victorian cast iron interior, and the extraordinary Art Deco Town Hall, converted into a boutique hotel.

Paradise Row is a street that features terraced houses from the 18th and early 19th centuries, among which stands the former house of Daniel Mendoza, who was England’s biggest boxing champion of the 18th century. This location is where many new bars and restaurants are opening. 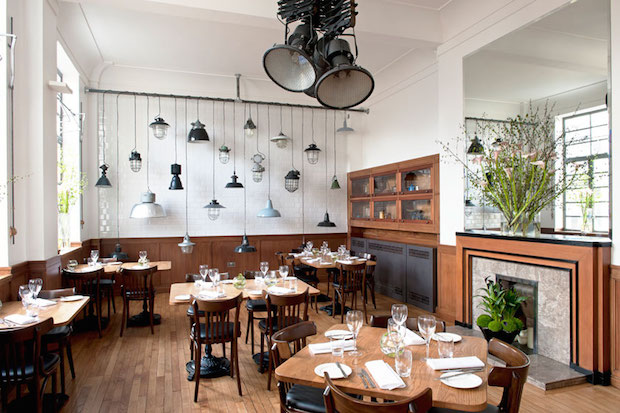 FOR A SPECIAL LUNCH: The Corner Room

This restaurant, located in the Town Hall Hotel, offers some of the best food in Bethnal Green, a project developed by Singaporean hotelier and restaurateur Loh Lik Peng. The hotel received several awards, including the RICS London award for building conservation. It features amazing Art-Deco spaces including the former Council Chamber and is one of the coolest venues to organize parties and events. It is often used for filming and photographic shoots.

On the first floor of the hotel, the Corner Room, led by chef John Christie, offers one of the best lunch menus in the area for a reasonable price. It has a dozen tables, striking light fixtures and the food is inventive and fresh. For an even more gastronomical experience, go to the Typing Room, chef Lee Westcott’s restaurant on the ground floor.

FOR FRAMING YOUR LATEST WORK OF ART: Oaksmith Studio

This picture-framing workshop located in an industrial building that still hosts a textile company is run by the friendly and creative duo Anna and Mauro. Both partners have a background in fine art. They work for galleries, collectors and for anyone that needs to frame an art piece, including a wedding dress! 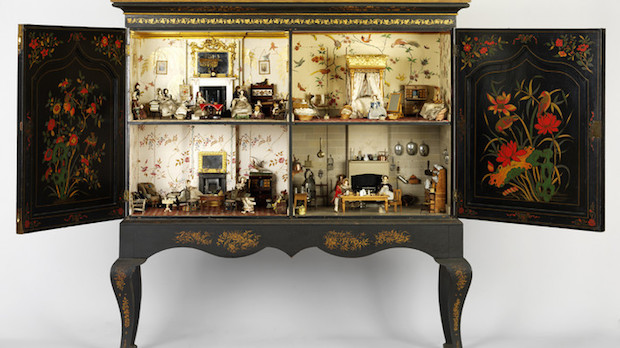 FOR NOSTALGIA: V&A Museum of childhood

This museum sits in a redbrick grade II building with a stunning cast iron structure, semi-circular windows and mosaic floors made by female prisoners in Woking. It opened in 1872 and was originally part of the Great Exhibition. It soon became the V&A’s eastern branch and in 1974, reopened as the “museum of childhood”, full of dollhouses, teddy bears and other childhood objects. For those who have read “The Miniaturist” by Jessie Burton, go for the 12 dollhouses from the past 300 years currently exhibited in a special show open until the 6th of September. Soon, opening in July, the exhibition “Kites From Kabul” will show kites made by children in Murad Khani, the Old City district of Kabul.

FOR A COFFEE BREAK: The Common House

This cafe is located in an architecture and design studio. People eat on the central table and designers draw and work on their desks nearby. The atmosphere is very friendly and it is also a nice place for a quick lunch with a selection of sandwiches, quiches and cakes. 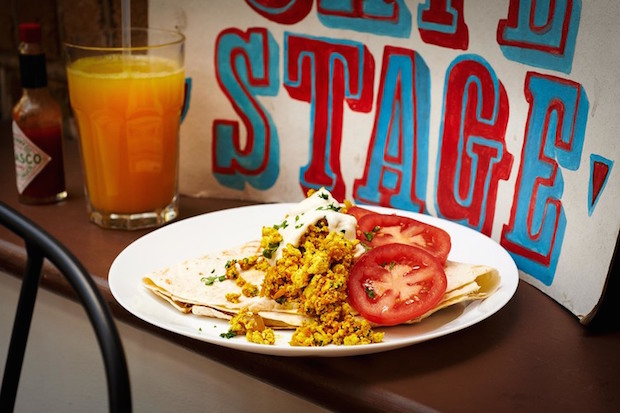 Quesadilla at The Gallery Cafe

FOR A VEGGIE FEAST: The Gallery Café

One of the best cafés in Bethnal Green, and part of St Margaret’s House charity, the Gallery Cafe holds monthly art exhibitions and offers music, poetry and cinema. They have an open terrace and serve vegetarian foods such as falafel wraps and vegetable curry.

There are more than 15 galleries in the proximity of Bethnal Green Station. Some of them may be hard to find if you are not familiar with the area. Many of them coordinate their new shows’ dates, which is great to plan a visit. 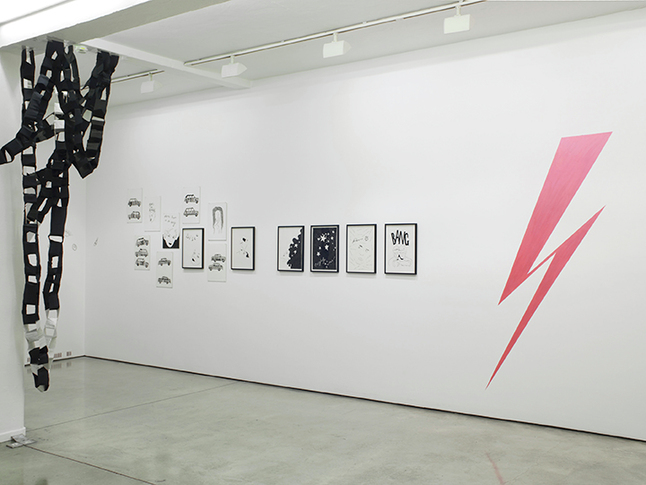 This gallery has been in the area since 1999. Founder Maureen Paley is from New York and is a real pioneer of the local art scene, showing art from the USA and continental Europe as well as launching new talent from the UK. Gallery artists include established artists such as Wolfgang Tillmans and Gillian Wearing.

This gallery regularly shows parallel exhibitions in Paris and London. Located in the former studio of Wolfgang Tillmans, it represents a number of artists including a few Americans such as Roe Ethridge, Blake Rayne, and Sean Paul. 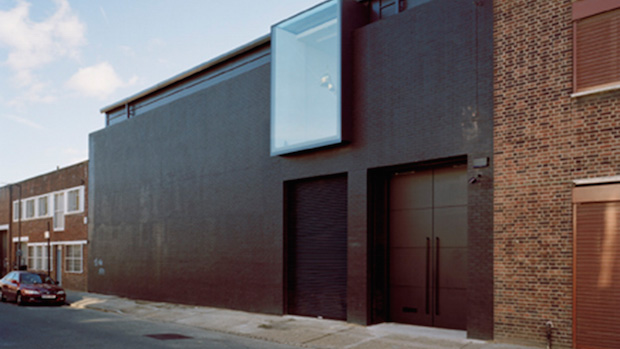 This venue has an amazing space, purpose-built as an art gallery with two main spaces, one on the ground floor and the other on the first floor. It represents many British and international artists including George Shaw, Tillman Kaiser and Shimabuku.

SEE OUR OTHER
GUIDES TO LONDON

Michèle Fajtmann was born in Belgium and has lived in Brussels, New York, Warsaw and London. She is a lawyer and founder of From My City, a boutique event management and advisory company that creates unique tailor-made networking experiences and events focusing on arts and culture including urban tours.

For details of the discovery tours offered including the Bethnal Green Art Scene tour or for any enquiries, go to www.frommycity.com