Why do women wear high heels even though they're so uncomfortable? V&A curator Helen Persson gives Helena Kealey the answers at the new exhibition, Shoes: Pleasure and Pain 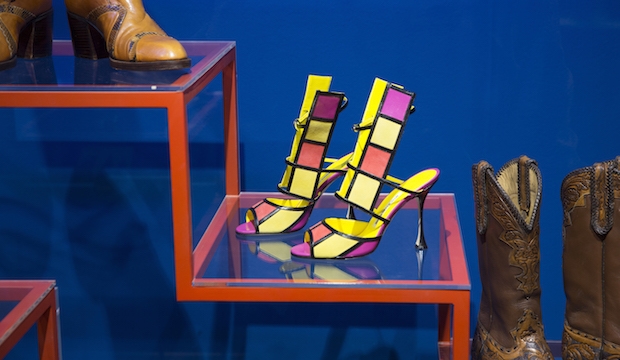 V&A pleasure and pain new exhibition
Women today put up with horribly painful shoes on our feet, even though its been a long time since we dispersed with uncomfortable clothes, such as corsets. This is something that fascinates Helen Persson, the curator of the V&A's Shoes: Pleasure and Pain.

“It’s difficult to explain why humans carry on wearing fashions that might be silly or ugly,” she says. “We want to be modern and part of an exclusive circle that can afford it, or have no concerns for functionality. We want to be apart from the crowd but still belong to a crowd. It’s a deep routed human desire.”

Persson has organised the exhibition thematically, breaking shoes up into five sections including Status, Seduction and Transformation depending on what the shoes most clearly say about the owner.

“You’ll see golden Egyptian sandals next to Manolo Blahnik’s from the 1990s, or Christian Louboutins next to red sole shoes of the eighteenth century, all based on what the shoes are saying,” she says. 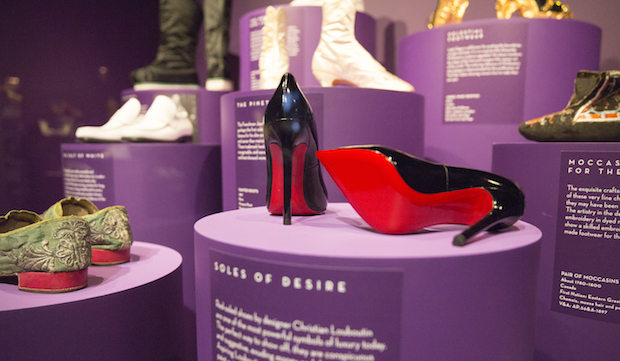 Over 200 pairs of historic and contemporary shoes explore the messages inherent to particular kinds of footwear: impractical shoes worn to represent privileged and leisurely lifestyles, or daring colours and designs used as an expression of sexual empowerment or for the gratification of fetishism.

The inspiration for the layout, she says, came when she was looking at a collection of Indian shoes. “It was so obvious that even though they were from a different culture or period, they looked very uncomfortable and overly decorated, and they were telling a story and the story was the same as shoes today.” 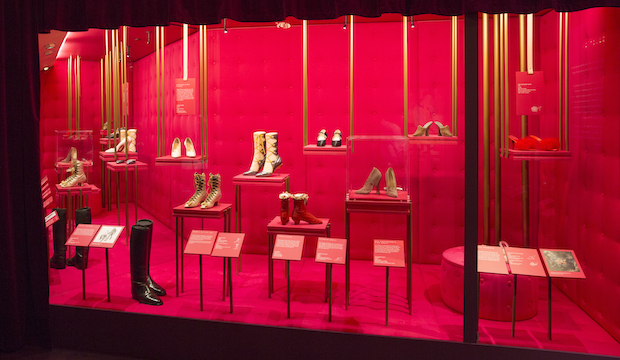 And some styles, Persson points out, crop up again and again:

“Platform or pedestal shoes have been around for millennia in different cultures. You will see the platform pedestals of today with 16th century chopines and 19th century Chinese pedestal shoes. We have this wonderful little sculpture from the first century BC Greece and she has the highest platforms you’ve ever seen. That really fascinated me. It was so obvious that even in different cultures they decided to stand literally above everyone else, and that wanting to get higher and being taller has always been around.”

At the root of so many foot fashions, Persson says, is that age old trendsetter and wielder of cultural influence: wealth.

“The higher you were the more fabric you needed, and skirt fabric in the 16th century was expensive. It was all about showing off how much money you have. In China some of the pedestal shoes were so high you had to have a maid which you leaned on when walking. The higher you were, the wealthier you were.”

Perhaps it is wealth after all that drives our fascination with designers shoes today. How many school teachers can afford to spend their days in Jimmy Choos? Or taxi drivers, or journalists? Could it be elitism that is driving our fascination with shoes? And if so, are shoes empowering? 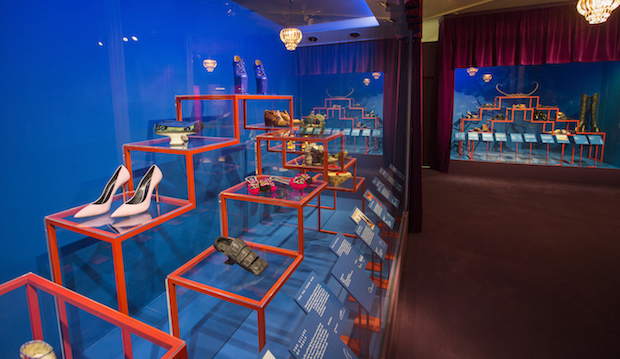 “They can be [empowering],” offers Persson. “and there’s this popular thing that says heals are empowering to women, and of course when I put high heals on I feel my body change. My back gets straighter and I do feel quite confident, and I project that I am confident and powerful. It’s all linked to how shoes make you feel. But it’s not necessarily a pair of heals, because women in really high positions are really powerful wearing brogues. But yes, a pair of heals can help with that and you do feel at the same level to the men you’re talking to, which can be powerful.”

Persson doesn't think we'll ever shake off our relationship with shoes as objects of both pleasure and pain, even after the potentially dangerous fashion for high heels and trainers that “cause athletes foot” leave us. Technological innovations inspired by performance footwear, she suggests, are likely to be the future, the beginnings of which (alongside 3D printing) can be seen on the first floor of the exhibition that looks at the mechanics of footwear manufacturing. 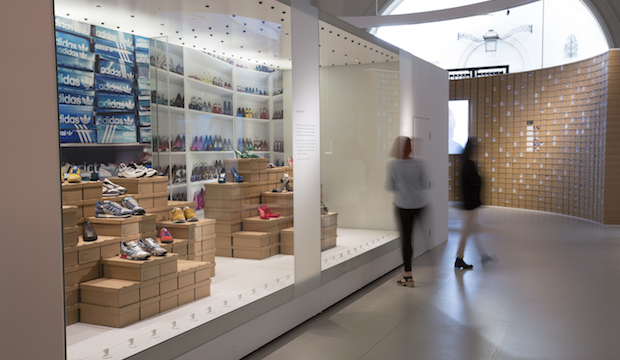 Those who leave the exhibition baffled by what women have done, and continue to do to their feet, in the name social positioning will be disappointed by Persson’s prediction for the future. But then, there will be many who fall in love with the masterpieces of design on offer from Jimmy Choo, Alexander McQueen, Sophia Webster and Vivienne Westwood - and associated with Marilyn Monroe, Queen Victoria, Sarah Jessica Parker and Kylie Minogue. And the dilemma of what to put on our feet - and why - will go on.