As National Theatre musical London Road hits the cinemas in a hotly-anticipated film adaptation, we caught up with playwright turned screenwriter Alecky Blythe. 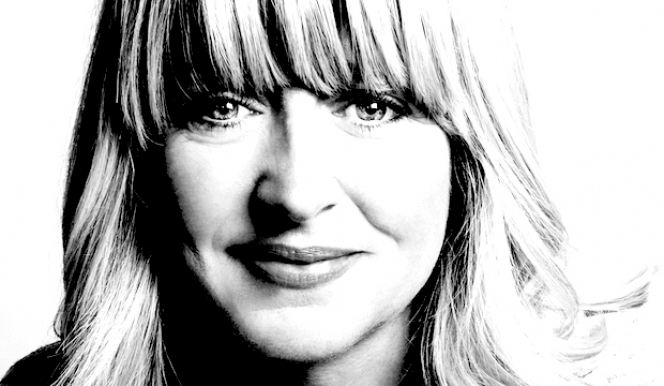 For those that aren't au fait with the ins and outs of verbatim theatre, Blythe describes it as "work that’s created from real life recordings and then those words become the words that the actors speak in the play.

"I work at quite an extreme end of it: the actors work directly from the tapes, so they include every cough, stutter, verbal tic or mispronunciation. It's not about neatening it up. It’s about catching those oddities of real speech."

Blythe was catapulted into the mainstream with the unlikeliest hit of the decade. London Road, named after the Ipswich street where five prostitutes were murdered in 2006, performs real peoples' reaction to the tragic spate of killings.

There was plenty of scepticism and trepidation surrounding its premiere at the National Theatre: can you really make lyrics from speech? Is it cashing in on a tragedy? This new verbatim musical quickly left its naysayers speechless. For director Rufus Norris, London Road was a risk that paid off, and for Alecky Blythe, it was the show that took verbatim theatre from experimental fringy theatres and put it in the spotlight.

Now, as the National Theatre's stage triumph is adapted for the big screen with a stellar ensemble cast including Olivia Coleman, Tom Hardy and Kate Fleetwood, Blythe explains that she was keen to keep the accuracy of the stage play. "I was there on set with my laptop, whether they liked it or not, I’d really police it as much as I could. So I’d play it back to the actors to remind them of the original delivery."

If you think a word for word account of murdered prostitutes sounds like a grisly and harrowing experiences, think again. While the story, with all its tragedy, suspicion and shocks, shines through, the focus in London Road is on the normal people whose lives were affected by the events. "As a dramatist I’m more interested in character and story... it’s more about a person revealing themselves to me rather than getting the dry facts", Blythe says.

The facts behind the story are familiar but London Road presents the crime from a different angle: "People heard about the headlines of what happened to the women in Ipswich, but what they perhaps didn’t know about was the community, the ripples and how they dealt with it"

Blythe talks of these people, the real life people that she spent hours interviewing and getting to know, with affection. It's clear that these interactions are the driving forces of the drama. And throughout the arduous editing process she is resolute about representing her subjects fairly. "If I’ve made substantial changes I’ll consult the people themselves. I stay in touch with them... I feel a massive responsibility to them… I invite them to come and see it." 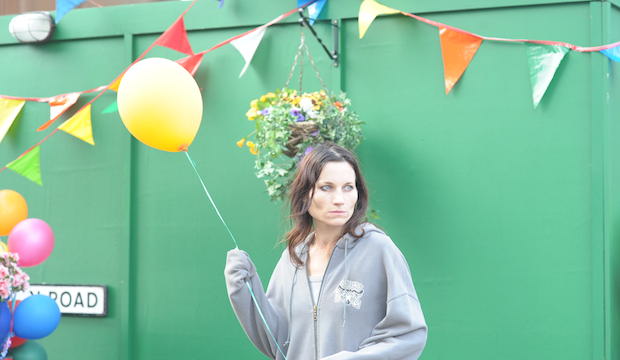 However loyal the script may be to real events, the aesthetics of the film are more theatrical than realist. "We didn’t film in Ipswich" Blythe reveals, adding that the reasons were "partly practical and partly sensitivity... it just didn't feel right".

Similarly, the play was never staged at the Ipswich Theatre (though the film will show in the local cinema). Instead of rooting the story in its geographical location, Bythe's aim is to make it feel "universal... it’s about an awful event that happens and they way that a community is sort of formed off the back of it"

Does Blythe enjoy working in this new medium?

"Theatre relies slightly more on the script" whereas in film there're many more competing elements. She's learned a lot in the film making process: "I’m excited by discovering what else I can do with this medium. I’ve written a short film. Rupert Goold is curating some shorts for BBC 4 that will be coming out later in the year …" And she also has a television project and another film in development. "I’m enjoying the challenge of trying to invent action… having to think afresh, rather than just being slave to the material"

But, the stage is still a priority. Blythe has "a couple of theatre commissions" but is vague about the details other than that they will both still be verbatim. Does she ever want to do away with the recording equipment, endless editing, and responsibility to her interviewees and just make up the story and characters?

"YES!" she laughs. "I’m jealous of other writers who will maybe write completely made up things cause they don’t have to deal with the politics and looking after people... And maybe that's a direction I might explore... especially with TV and film, I might start blurring fiction and verbatim."

London Road premieres on 9th June via NT Live and is on general release on 12th June.Visit londonroadfilm.co.uk for more information.