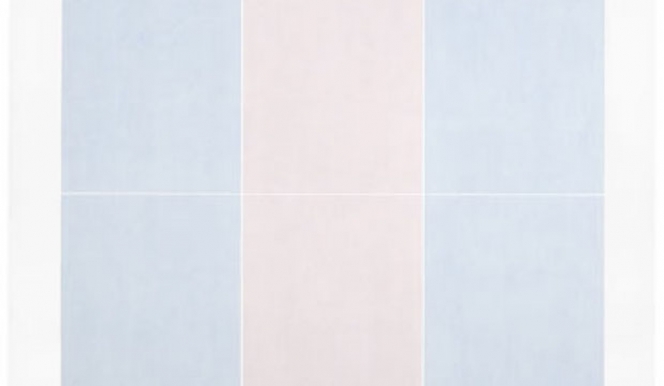 Agnes Martin (1912-2004) Untitled #3 1974 Des Moines Art Center, Iowa, USA © 2015 Agnes Martin / Artists Rights Society (ARS), New York
In 1967 the flourishing young artist Agnes Martin abandoned her growing notoriety in New York for the barren wasteland of New Mexico. Ever since, there have been countless rumours swirling around the Abstract Expressionist painter about her fragile mental state and the dark reasons behind her decisive move.

For the first time, the elusive Agnes Martin is laid bare at the Tate Modern, from her work in the mid 1950s through to her death in 2004. But to understand the intricacies of Martin's sparse and restrained grid paintings, we have to get to grips with the Agnes Martin biography.

Agnes Martin and her demons

In fact, the 2015 Tate Modern Agnes Martin exhibition should probably carry a caution sign because an understanding of who she was is absolutely essential to get anywhere with this show. Diagnosed with paranoid schizophrenia at a young age, Martin suffered from hallucinations and depression, and even claimed to hear punitive voices. She was hospitalised many times during her life and on one occasion was found wandering Park Avenue with no idea who she was. However, for someone with so many demons, her work is remarkably serene. In fact, many art historians see her reductive grids, which form the backbone of her entire oeuvre, as a form of therapy to calm the chaos inside her mind. 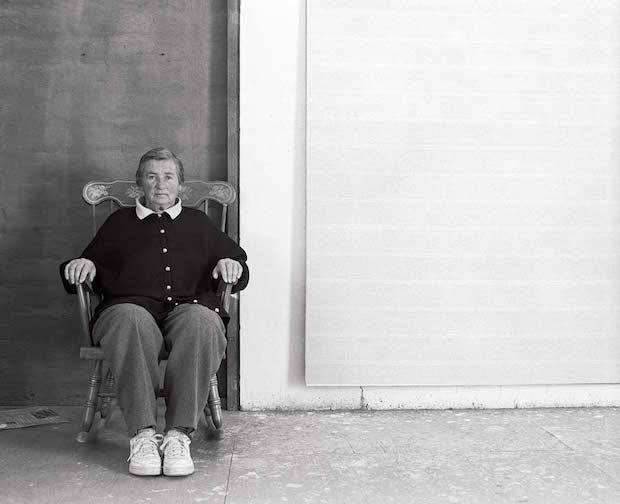 Of course, Martin is so much more than her mental health problems. She was also a fiercely driven woman and approached the high-powered New York art dealer Betty Parsons for representation, who already had trailblazing abstract painters like Mark Rothko and Barnett Newman on her books. Martin also had a fantastic streak of self-awareness and destroyed many of her works which didn't meet her strict standards. When asked by one critic what her favourite part of the painting process was, she replied 'when they are out of the door'.

Art lovers and critics will adore Agnes Martin artwork in all it's abstract glory, but the same probably can't be said for everyone. This is a prime example of a show ripe for the age-old contemporary art bugbear that a child could do it. But that couldn't be further from the truth - Agnes Martin's work is incredibly labour intensive. Just examine the pools of paint, the variations of tone and tremor of Martin's line which mark her canvases. Each grid is its own world, drawing you into its vortex.

Take a closer look at the white room in the Tate galleries filled with the multi-panel work The Islands (1979). It might look like a series of identical white acrylic paintings, but these luminous works throw the viewer into the silent void and delight in the nuances of surface, line and the spirituality of formlessness. For some this show could be a lot of hooey, but for the converted - it's a joy. 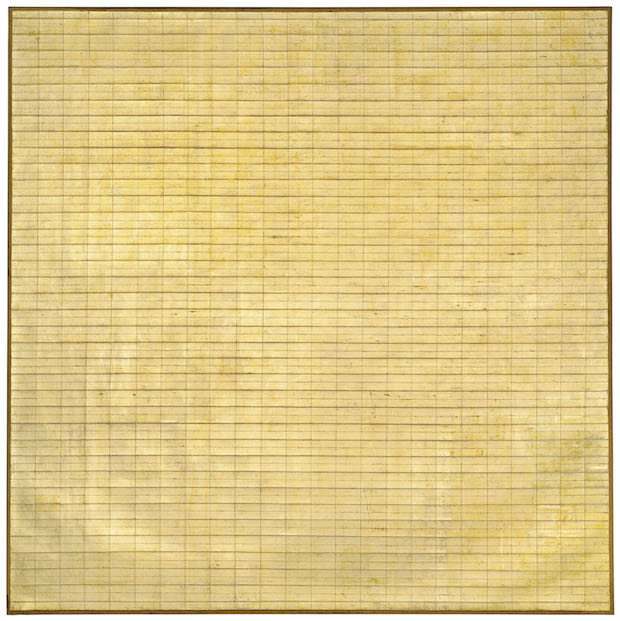 And like most good abstract contemporary art, Agnes Martin's practice is grounded in a clear understanding of European avant-garde movements like Surrealism and Cubism. A lot of the early works in the Agnes Martin exhibition could be Dali or Miro masterpieces, with fluid shapes etched across their surface. She was also amongst the flurry of American artists that turned to Abstract Expressionism (though she came to the movement ten years late) and assemblage in the 1950s. Look out for the found objects Martin experimented with in early 1960s New York on display, particularly the twisted chandelier branches tipped with metal in Burning Tree (1961). New York was a laboratory of burgeoning art which influenced Agnes Martin greatly, though she hated to admit it. After all, it was all about who had the idea first.

The path to abstraction

Agnes Martin art is a journey towards the grid, which will make you feel a little cross-eyed by the end. Crucially, she invites you to 'hold your mind as empty and tranquil as they (the paintings) are and recognise your feelings at the same time'. So perhaps the best way to attack this Agnes Martin Tate show is with a sense of zen. Let the restrained delicacy of her lines wash over you and appreciate these works for the spiritual things that they are - no easy feat amongst the busy Tate crowds. 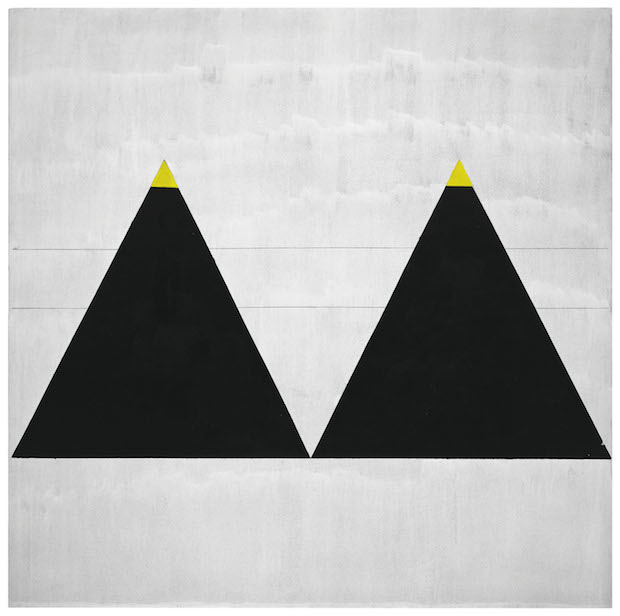 Into the final room, the Tate Modern exhibits the later works in Martin's career which throw caution to the wind and delve into the language of triangles and other shapes. Even at 91, Martin was astonishingly still able to work with these large canvases and craft her geometric language across their surface. It's a striking finish to Martin's fascination with the grid, but makes an important statement about her position in the path of 20th century American art.

This is a giddy show filled with rich complexities lying just beneath the surface of the grid. Agnes Martin fills the Tate Modern galleries with her modest masterpieces, which are easy to breeze past without a little extra homework. Compared to the colourful flux of Sonia Delaunay across the hall, this exhibition is unlikely to break any Tate ticket records, but it's quiet solemnity is completely worth the effort.