The man behind the adverts: BBH founder Sir John Hegarty chats about the art of persuasion, his love of Mad Men and his secret London hideouts. 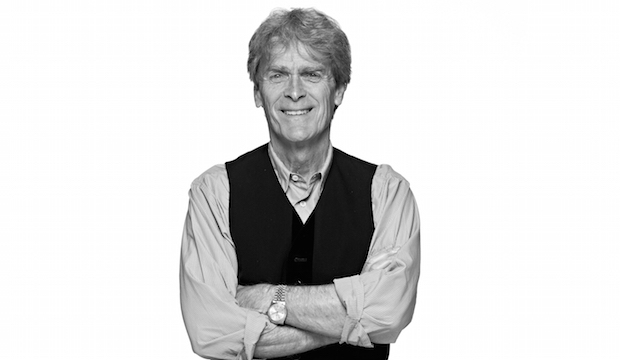 Founder of BBH John Hegarty Interview
There's something about a John Hegarty advert. You can't quite put your finger on it. It's not slickness, nor flair, though his campaigns have both. His best work catches you off-guard: whatever he's selling, you're buying.

Hegarty is the H of BBH: Sir John was a founding member of advertising agency Bartle Bogle Hegarty in 1982. According to Sir John, creativity, not cash, was the agency's driving force, as was daring: the company's tagline is "when the world zigs, zag" and its logo is a black sheep. BBH's most famous adverts include the Levis Laundrette, The Lynx Effect, Audi's irresistible Vorsprung durch Technik, Johnnie Walker's Keep Walking and The Guardian's Three Little Pigs.

Hegarty's keenness on creativity is not confined to BBH HQ. In his second book, 2014's the world's most respected ad-man laid bare his modus operandi.

On June 7, Hegarty will team up with Peter Bazalgette at SohoCreate Festival to discuss 'Another Dawn For Creative Industries'. We sat down with the advertising icon ahead of this appearance.


CW: Which campaign are you most proud of?

JH: There are too many that I'm proud of. Levi's was probably the most famous. It influenced advertising, fashion, music, and gave birth to the boxer short. Not bad for something lasting 60 seconds.

Is there an advert you wish you’d made?

I wish I had written the famous Economist poster. 'I never read the Economist'. (sub title) - Management trainee. Aged 42. However, it was written by David Abbott.


How do you come up with an idea? Lots of brainstorming?

With great difficulty. The last place you'll get one is in a brainstorming session.


Do you see advertising as art? Isn’t it just creativity for rent?

Persuasion is an art not a science. All art is for sale.


Have you ever refused a campaign on principle?

Yes, when we started BBH we said we would never work on cigarettes and selling a political party.


Is the collection of personal data by companies exploitation or engagement?

I worry enormously at the way data is being secretly collected on people. I think it's an infringement of our privacy. Something our forefathers fought hard to achieve.

I fail to understand the fuss. I think we should be worrying about injustice, poverty and climate change.


What has your experience in advertising taught you about people? Would you say you were optimistic or pessimistic about the future of society?

I'm cursed as an optimist, so this question for me is somewhat loaded. I genuinely believe in the end good wins out.


Do you watch Mad Men?

Of course, brilliant writing and superb characterisations. I love it. I know what you're thinking, was advertising like that? Any dramatisation of an industry contains elements of truth. That's what makes it feel real. But in the end it's drama, not reality.


What’s the best advice you’ve ever been given?


Is there a piece of art (song, painting, poem etc) that moves you to tears?

'Round Midnight' by Theolonius Monk.

The Royal Academy. Walking into that courtyard off Piccadilly always gives me a thrill.

The new Design Museum opening in early 2016 at what was the Commonwealth Institute in Kensington.

The top of Parliament Hill overlooking the London skyline. What a great city we live in.

I live in Clerkenwell, there are too many to choose from.


Most memorable cultural experience of the last year?


Hidden gem no-one else knows about?

Read more about the event here.