Best-selling author of The Miniaturist, Jessie Burton takes a break from speaking at Hay Festival to chat with Culture Whisper. 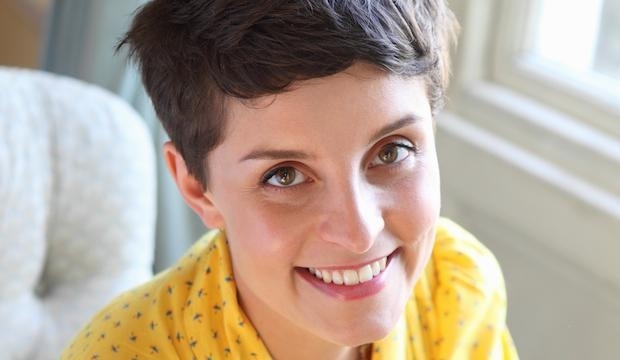 Jessie Burton: author interview
Jessie Burton has achieved that rare thing: a runaway bestseller that has also been lauded by the critics, garnering awards including the Waterstone’s Book of the Year 2014 and the National Book Awards New Writer of the Year – and all with her debut novel.

The Miniaturist is a gorgeously written literary page-turner about 18-year-old Petronella Oortman, who, on her marriage to a wealthy merchant in 17th-century Amsterdam, is presented with a lavish cabinet house (based on a very real one on display in the Rijksmuseum), which seems to echo the mysterious goings-on in her own strange new household.

At the end of a year-long promotional tour that has taken her across America and Europe, Burton came to the Hay-on-Wye Literary Festival to discuss how the novel came to be. We caught up with her backstage for a quick chat between events to see just what this extraordinary whirlwind of success has been like from the inside.

CW: So, here we are at Hay! Is it your first time at the festival?

JB: As a performer, yes, but I’ve been a couple of times before. It’s so good. I’ve done one event with the playwright Polly Stenham and I’ve got one on my own.

What events have you been to see at the festival?

I’ve just come back from seeing Elif Shafak and it was just incredible. Turkish is her mother tongue and English is her third language, and she’s writing in English, and she was just amazing. She was talking about post-partum depression, and multiplicities of self … and she was just so eloquent. I went to see Letters Live as well. It’s such a great set-up. I’m going home tomorrow so I grabbed what I could today. I was really glad I got to see Elif talk.

You’re here at the festival to talk about The Miniaturist – were you surprised by its success?

It went beyond my expectations – I never even imagined any of this. It’s quite hard work – not hard work that I’d want to give up, but adjusting to being interviewed and photographed and being in the papers, that’s been kind of mad, but in a wonderful way. I’m getting a bit more used to it now, probably just as the hubbub will die away …

Where did the inspiration come from to write the novel?

It was seeing the dolls’ house. I hadn’t any idea before that that I was going to write about Amsterdam. I may have always been interested in the idea of people having secrets, and life as an art of compromise and balance, and understanding other people and walking around in their shoes, but in terms of the actual object and the plot, that was only when I saw the dolls’ house. It’s stunning. It’s very imposing but it’s also incredibly intricate, and it just drew me in. And when I discovered that [the real Petronella] spent as much money on it as a full-blown townhouse, I just thought that’s a very interesting pathology – why would you do that? And she wasn’t the only woman doing it. So that’s where it all began.

The book gives such an authentic, finely drawn picture of 17th-century Amsterdam – there must have been a lot of research involved …

Because the Dutch Republic at the time were so inordinately powerful, they’ve left a big trail behind of artefacts, paintings, commissions – even the lowliest baker may have had two or three paintings on his wall – so in terms of visual research it was quite easy. I used a book by Simon Schama called The Embarrassment of Riches, which was about the Dutch psyche and its hierarchies and its preoccupation, and I got an old recipe book from 1671, which was in Dutch with English on the other side, and purloined some recipes from that, so the research was never done exhaustively. I wanted it to be a novel and not a history lesson. And I enjoyed that side of it – it was just me being a history nerd!

The novel treads that line between being beautifully written and also hugely compelling and commercial – was that in your head as you were writing?

I didn’t think about any of that when I was writing it. Really what I wrote was just what I wanted to read. People have really busy lives and their own preoccupations – I love reading as an escape, as an immersion, and I pictured someone coming home tired on the tube late at night and reading a few chapters. That’s who I had in mind. I have philosophical interests and I have sociological interests, but I wanted it to be something that had plot and characterisation, and people you could get behind, and cliffhangers and drama. You can’t write to the market because the market moves. I don’t think anyone was expecting a book about a dolls’ house in the 17th century to be read by 55-year-old businessmen and 15-year-old schoolgirls – I certainly wasn’t. You just have to do what you want to do. You can’t do it for other people.

Tell us about how The Miniaturist was written. Do you have a writing routine or ritual?

No, not really. I’m quite wary of all that, partly because of knowing how The Miniaturist was written, which was very patchy – on trains, in theatre dressing rooms, in offices, on my iPhone. I trained as an actress, and either I’d be in theatre gigs or I’d be temping as a PA in the City – that was my way of making money. I had desperation! I couldn’t be a PA for the rest of my life. Eventually I had to take time out and save up money in order to have a concentrated look at what I was doing and really wrestle with the manuscript, but I’m not particularly superstitious about where I need to write or how. I do like evenings – I like the quiet of midnight to 2am, but that’s not very compatible with having a social life, or any life, really!

Can you tell us about what you’re working on next?

It’s called Belonging and it’s set in 1935, in Malaga, in the south of Spain, on the cusp of civil war, and there’s an artist there who’s very promising – his work has sold in Paris – but he goes missing in the war and is presumed dead. Thirty years later his works reappear on the London art scene, and this reappearance opens a Pandora’s box of secrets and tragedies.

Is the writing process very different the second time around, following the success of your debut?

Yes, it’s odd – it’s like a new set of challenges has replaced the old one. Okay, you’ve got the financial security, you’ve got the support of an amazing publisher who’s waiting for it, and of course that comes with different pressures. It’s both a great boon – maybe no one would even care about my second book if The Miniaturist hadn’t been so welcomed – but at the same time I’ve had to navigate that psyching-myself-out issue of, how the hell do I follow this one up? But actually, for me, The Miniaturist was always a manuscript, it was a story. I will just do the same again and I will write what I want to write and what I’m interested in, and yes, it might not sell in 34 countries – that’s not the point. I try and just keep a sense of perspective on things.

Yes, a production company has the rights – the same company that made Wolf Hall, which is absolutely wonderful. It’s a brilliant producer and she’s just ferreting away. It’s not a world I understand very well, but obviously the aim is to make it into a TV series in hopefully three parts.

What was the last book you read that really blew you away?

All My Puny Sorrows by Miriam Toews. She was from a Mennonite community in Canada, and in real life her sister committed suicide and her father committed suicide – it sounds so grim, but it’s genuinely one of the most beautifully written, uplifting, funny books about this wonderful pair of sisters living in Winnipeg. The sister is this incredible concert pianist, beautiful, much loved, but she suffers crippling clinical depression and wants to die. It was just so breathtakingly written, and it was shortlisted for this year’s Folio Prize and the Wellcome Book Prize – it was amazing.

What shows or exhibitions have you booked to see this year?

I’ve recently seen the Sonia Delaunay exhibition at the Tate, which was so wonderful. I love her paintings, but what I didn’t realise was just how varied and talented she was with tapestries, textiles and clothes, and how advanced she was. Paintings she was doing in the Twenties, or even in the 1910s – male paintings were being lauded for a similar look in the Sixties! So I enjoyed that, and I’ve booked tickets to the McQueen exhibition at the V&A [Savage Beauty]. I also want to see The Beaux’ Stratagem at the National. Other than that I haven’t really thought much beyond today!

I’m reading In Cold Blood by Truman Capote. I’ve just seen – ten years late – the Philip Seymour Hoffman film, and I thought, well, I have to read the book. And it’s not letting me down – it’s incredible.