As the Cannes winners are announced, the Palme d'Or 2015 goes to french director Jacques Audiard for Tamil Tiger film Dheepan. 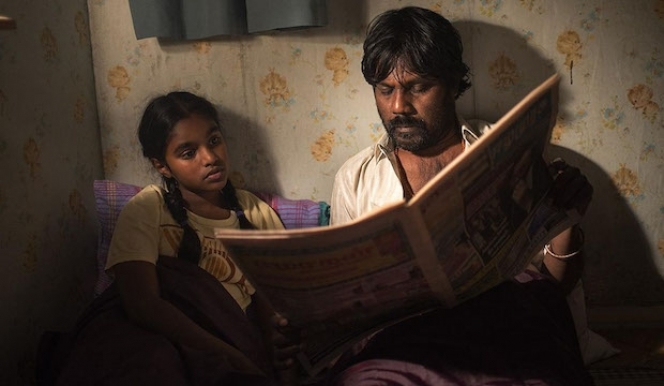 The surprise winner of the Palme d'Or this year was Dheepan, the seventh feature from French director Jacques Audiard. The award-winning director of Un Prophete and Palme d'Or contebder Rust and Bone tells the story of a Sri Lankan Tamil warrior, who flees to France and ends up working as a caretaker outside Paris where he finds more violence
awaiting him.

The understated drama, featuring a cast of relative unknowns, combines grittiness with a lyricism that is characteristic to Audiard.

Watch the trailer below.

Sorrentino's follow up to The Great Beauty is worth getting excited for. Read our preview for more:

A Hungarian drama set in Auschwitz in 1944, first-time director László Nemes' film Son of Saul depicts a group of Jewish prisoners forced to assist the Nazis, who embark on a coup to achieve a proper burial for a boy murdered in the exterminations. As the only debut title among the films nominated for Palme d'Or, Cannes 2015, Nemes' film is attracting worthy attention.
v

French actress Valérie Donzelli takes another seat in the director's chair, offering up a new drama based on an original screenplay written by Jean Gruault in the 1970s for François Truffaut. Donzelli moralising tale tells of incestuous desire between an aristocratic brother and sister, who flee society in pursuit of their passion. Stars Anaïs Demoustier (The New Girlfriend) and Jérémie Elkaïm. 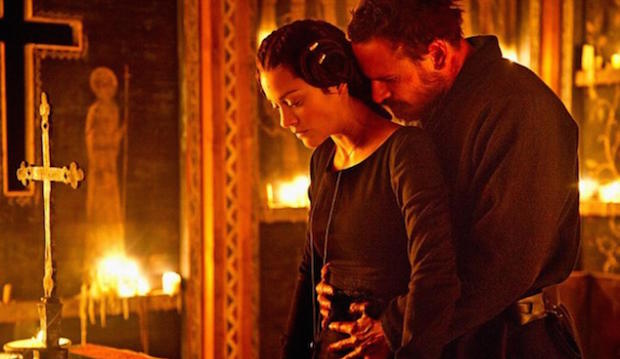 Michael Fassbender and Marion Cotillard star in this ambitious production of Shakespeare's Scottish Play, from the Oscar-winning producers of The King’s Speech. With support coming from the likes of Sean Harris, Paddy Considine, Elizabeth Debicki, and David Thewlis, this is certainly one of the most talked about among Cannes Palme D'Or nominations due for release next year. Jack Reynor also stars (read our interview with him here).

Mexican director Michel Franco tells of a home care nurse who works with terminally ill patients. Little has as yet been revealed about the film, but Franco's 2012 win in the Un Certain Regard category for After Lucia, suggests the odds are in his favour for a positive reception.

Having picked up the Jury Prize in 2013 with his film Like Father, Like Son, director Kore-Eda Hirozaku's latest film Our Little Sister is another warm observation of family life in Japan: four sisters sharing their late grandmother's house. Hopes are high for Hirozaku's tender insight and sensitive direction.

One of the most impressive directorial repertoires to date, this is Jia Zhang-Ke's fourth Palme D'Or nomination out of his eight features to date, including one win. The Chinese director's latest film Mountains May Depart is, like all his films, episodic in structure, and takes audiences on a temporal journey from 1990 to2025, as well as a physical one, from China to Australia, bucking Zhang-Ke his trend for setting all his films in his home country.

Early Cannes reviews for Garrone's new fantasy horror Tale of Tales are going as mad as Selma Hayek eating the heart of a giant beast. Read our preview:

Norwegian director Joachim Trier casts Jesse Eisenberg and Isabelle Hyppert in this subtle film about a photographer's untimely death, reflecting the trend this year in evocative, reminiscent features that look at the arts.

The man of the moment, Matthew McConaughey stars alonside Naomi Watts in Gus Van Sant’s film about an American man on the brink of suicide, who travels to a 'suicide forest' at the base of Mount Fiji where he meets and befriends a similarly depressed Japanese man.

Hou Hsiao Hsien's wuxia picture about a female Tang Dynasty assassin who falls in love with her target has been building hype since it started production in 2010. As the first return of Taiwanese director Hou for the last seven years, this is big budget, big scale direction. 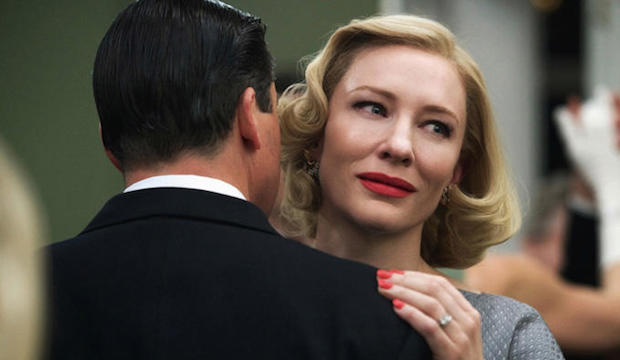 Vincent Cassel and Emmanuelle Bercot star in this stylish drama which details a woman being admitted to a re-education centre, after a skiing accident leaves her badly damaged. Under the influence of pain medication, she recounts her tumultuous history in a passionate and wistful retrospective drama from the actress-cum-director Maïwenn.

Nanni Moretti's film nominated for the Palme D'Or is yet another film about filmmaking: Mia Madre tells of Margherita, a director in the middle of an existential crisis, who is forced to address the tragic and inevitable loss of her mother. Having won the Palme D'Or in 2001 for The Son's Room, as well as heading up the Cannes Palme D'Or Jury in 2012, Moretti has an impressive back-catalogue and rarely disappoints.

Brizé's introspective film tells the story of a twenty-year unemployed man, Thierry, who finally gets a job, only to be asked to go to extreme lengths to keep it. A tale of moral dilemma starring actor Vincent Lindon as the increasingly desperate lead. 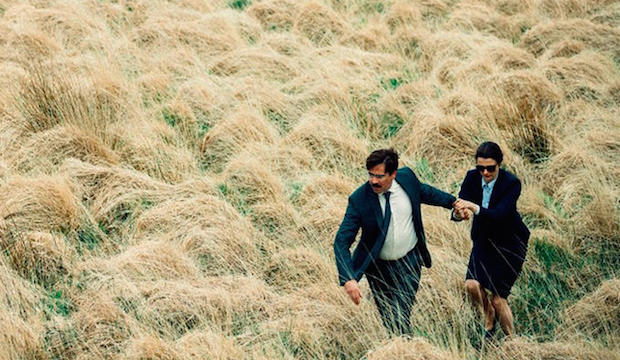 Rachel Weisz continues to make waves at this year's festival with a second film in the Palme d'Or Cannes 2015 Line-up. The English actress stars  alongside Colin Farrell and Ben Whishaw in Yorgos Lanthimos black comedy The Lobster, set in a dystopian future where residents must marry within 45 days, else be turned into wild animals. The Dogtooth director's intriguing film boasts an all-star British cast including Olivia Coleman and Michael Smiley as well as a number of Lanthimos regulars. He joins a number of well known foreign filmmakers transitioning to English Language films among this year's Cannes Palme d'Or nominations, drawing attention to the festival's increasingly international thrust. Of all the Cannes Palme d'Or Nominees 2015 this is one of the most highly anticipated works, from a talented and highly unique filmmaker.

Gerard Depardieux heads up the cast alongside Isabelle Huppert in Nicloux's latest film, Valley of Love, which tells the mesmeric tale of two divorced actors who reunite following the death of their son, to enter on a surreal journey across Death Valley in an attempt bring him back to life.

Finally comes Villeneuve's latest mob thriller Sicario, featuring Emily Blunt, Josh Brolin and Benicio Del Toro (Inherent Vice co-stars): about a young female FBI agent who teams up with the CIA to take down the boss of a Mexican cartel. A dark film with an ambitious scope, from the award-winning director of Prisoners and Enemy.

Also to watch for