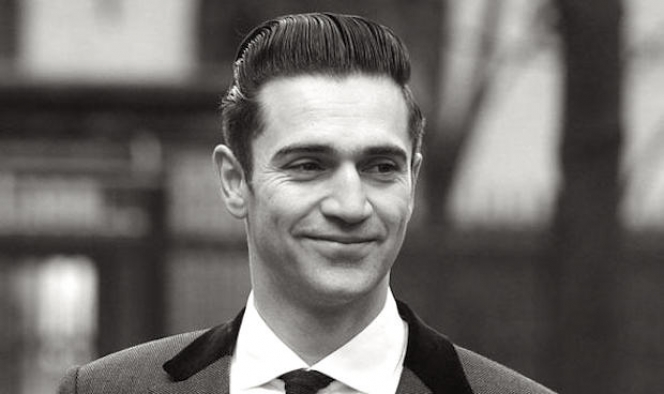 Reg Traviss Interview
Pass filmmaker Reg Traviss on the street and you can't help but do a double-take. With his glorious Pompadour quiff, vintage aviators and black shearling biker jacket, Traviss harks back to a former era of cool.

Perhaps it was his throwback style that first attracted his ex-fiancée, the late Amy Winehouse. His 60s greaser garb; her beehive, 50s silhouette and nautical tattoos: the pair made an eye-catching couple, from 2010 until Winehouse’s death in the summer of 2011.

There’s a heavy dose of old-school in his latest film, too. Despite being set in contemporary London, Antisocial is an old-fashioned caper, complete with motorcycles, jewellery heists and hoodlums shouting about “the old bill”. The film was inspired by a spate of smash-and-grabs that began in 2009 – and the release of Antisocial fortuitously coincided with the recent Hatton Garden heist.

“We shouldn’t romanticise these things” Traviss says, “but sometimes it’s difficult not to. Especially with things like the Hatton Gardens robbery. You watch the reconstructions and you think ‘Wow! They’re like treasure hunters.’”

The film, Traviss’ third, may have had something of a lukewarm reception, but it’s great fun. The plot follows two brothers on the wrong side of the law: smash-and-grab robber Marcus and Dee, an implausibly handsome graffiti artist. Dee’s art gets him noticed by the jet-set gallerista elite, and he is set to move to Berlin with his American model girlfriend. As his luck waxes, however, Marcus’ luck wanes, as he spirals deeper and deeper in to London’s criminal underworld.

So, does crime ever pay? “No I don’t think so. I wanted to show that whatever you do there are consequences. If you’re an outlaw you’re gonna pay in one way or another. In the film, they all lose a lot. I intended that.” 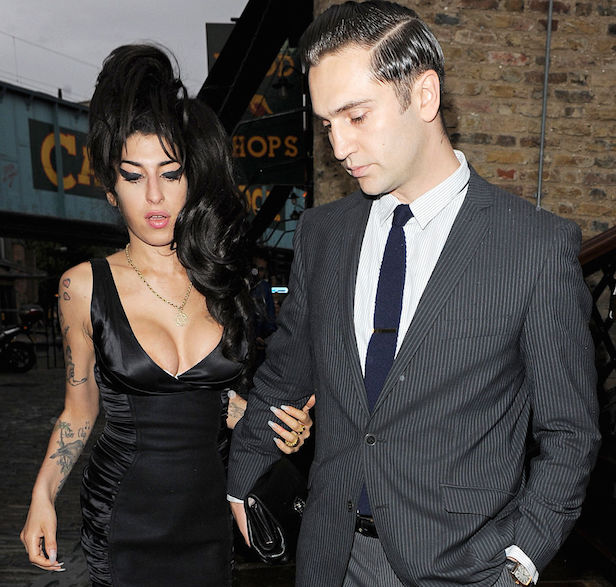 Traviss was born in the East End, and his life experience helped to shape Antisocial. “I grew up in an area and went to a school where there were people cut from that sort of cloth. You end up feeling your way around what a certain environment might be like. “

A lifelong Londoner, the filmmaker says the capital is a city full of possibilities and hidden worlds. “We live in such a diverse city. It’s very possible that if you go out tonight, you’ll rub shoulders with someone who is a step removed from an organised criminal gang. This isn’t feral youths on scooters. It’s organised criminality. There are networks.”

London, with its underworlds and subcultures, clearly looms large in Traviss’ imagination. How does he feel about its changing face at the hands of developers? Soho and Camden being sanitised? Brixton being gentrified, places like the 12 Bar Club, Joiners Arms, Black Cap, Madame Jojos and the Royal Vauxhall Tavern being shut down?

“All cities, as far back as history tells us, have undergone change... Certain parts of Soho have been levelled and construction work is taking place. It’s all big and glass and airy: it might be a welcome change, to be honest.”

Isn’t he worried, though, that these modern developments displace subcultures and destroy the city’s character?

“I don’t think it will kill off any subcultures. They’ll just move somewhere else

Soho, for example is somewhere which has always evolved. I’ve been going out there since I was a teenager. There was an underground music scene that just isn’t going on any more. Things do have to move on.”

Antisocial aside, Traviss has been in the papers recently for his involvement with Asif Kapadia’s upcoming Amy Winehouse biopic. AMY, set for release later this year, has already whipped up a great deal of controversy. Mitch Winehouse, the late singer’s father, has urged fans to boycott the film, while Traviss is furious that the hours of interview footage he provided have been cut from the final version.
What happened?

“The family and I were approached and asked if we could help them in various ways and support the film, which we did, because we thought they were credible people. And it didn’t really work out with this. We did a little bit of looking around afterwards in to the two chaps that made it We should have dug a bit deeper before we gave them our support because we we’ve seen that they did something similar to this previously.”

What’s the issue with the film?

“As a biopic it’s not a valid representation… It could have been so great. They just constructed a narrative that they thought would be engaging for their viewers. And they took the cheap, lazy option.” The film, which will premiere at Cannes, paints Mitch as an absent father in Amy’s final years.

“It is very much a tabloid piece which it needn’t be. This sort of stuff has been done before by TV channels. So it was a wasted opportunity on their part.”

The Amy Winehouse foundation, Traviss says, is the proper way for the public to engage with Amy’s legacy. “Every day now for the 3 years, without fail, there’s about a hundred homeless young people that get fed thanks to the foundation. It’s a huge operation, which Mitch Winehouse is incredibly involved with . He’s very much a boots on the ground kind of person - he works 6 days a week.”

Instead of spending money on a ticket to AMY, then, donate the equivalent sum to the foundation: “it’s a very, very positive legacy. And not many people know about it.”

We asked Reg Traviss to let us in on his version of London: here are his favourite hangouts:

For dining, it would be The Gay Hussar, on Greek Street. My favourite cultural venue would be The British Museum.

To walk, it would be northwards across Waterloo Bridge. To drive, it’s eastwards on the Westway.

It was at the Austrian restaurant, Fischers, on Marylebone High Street.

Wilton’s Music Hall, which is on an alley behind Cable Street.

Best Place for a first date?

The Heights Restaurant and Bar, at St George’s Hotel on Portland Place. I can’t recommend the snacks and the décor is very 1980s but the view is something else!

Antisocial is in cinemas now.