Glittering art dealers, exclusive parties and the best contemporary artists in the world: everything you need to know about the 56th Venice Biennale 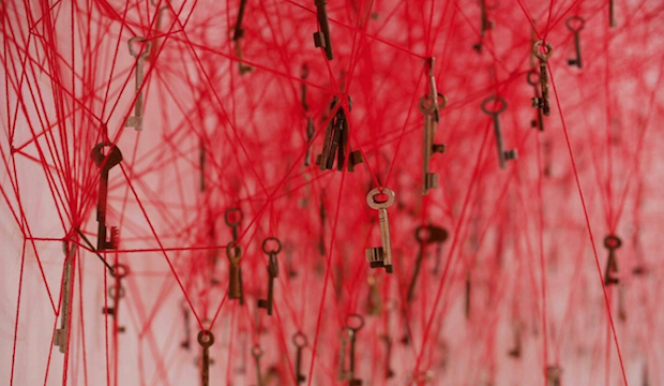 This enormous festival, which takes place throughout the burning Venetian summer, has become an untameable beast. Glittering dealers, collectors and artists from around the world gather on the floating city to visit countless exhibitions, pavilions, shows and events. 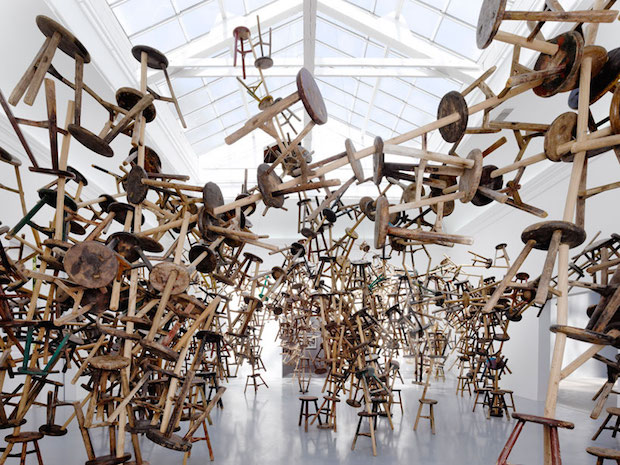 This year, the coveted title of Venice Biennale curator goes to Okwui Enwezor, the Director of the Haus der kunst in Munich who has managed biennials around the world and possesses a killer reputation. (Speaking of which: the jury's still out on whether the online petition to make Kanye West the curator of the forthcoming 57th Venice Biennale will be successful!)

For this year, at least, we seem in safe hands with Enwezor, who is looking forward with the grand theme of 'All the World's Futures'. With a stellar roster of 136 artists set to take part we've picked our highlights from the historic Giardini parkland and Arsenale old shipyards.

The big talking point this year is sure to be the enormous 45 feet paper boat by Vik Muniz that will sail the canals of Venice all summer as a daring response to the tragic capsize of a boat carrying migrants from Libya off the coast of Italy earlier this year. Across the structure will be the emblazoned Italian newspaper coverage of the disaster when 360 people were killed. 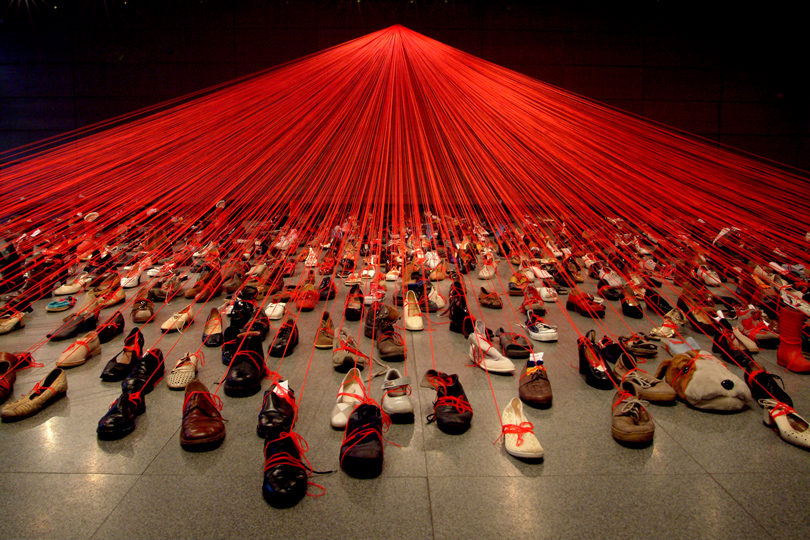 Best Pavilions at the Venice Biennale

With countries competing for attention for their Pavilions peppered across the city, we've picked out favourites which should not be missed!

The Kenyan Pavilion has already turned heads in the press as six of the eight participating artists will be Chinese and have never even been to the east African country.

The 'shambolic' choice of artists, as it has been called, centres around Li Gang, Shi Jinsong and Qin Feng. Rising star Nástio Mosquito, currently to be found at the Ikon Gallery in Birmingham, will exhibit at the Oratorio di San Ludovico.

Picked as one to watch, don't miss Mosquito's show which asks the controversial questions - what connects Hitler and Nelson Mandela, and why were they leaders?

Interestingly, Pakistan and India have also joined forces at the 56th Venice Biennale for the exhibition 'My East is Your West' by leading Indian artist Shilpa Gupta (previously spotted at the Serpentine, Tate Modern and Guggenheim) and famous Pakistani artist Rashid Rana, which will tackle the complex relationship between the two nations since separation in 1947. 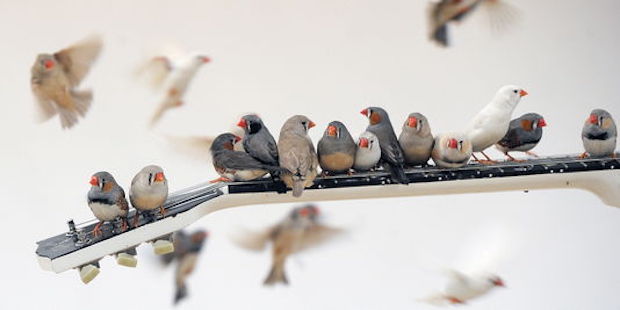 Over at the Japanese Pavilion, Marina Abramović's disciple Chiharu Shiota has taken up the mantel in Giardini Park with a site-specific installation made up of 50,000 keys.

We are also looking forward to the National Pavilion of Iraq where powerhouse contemporary Chinese artist Ai Weiwei will display 500 drawings made by Iraqi refugees alongside the work of five contemporary Iraqi artists. With so little known about the contemporary art scene in Iraq and the catastrophic destruction of cultural relics by Isis, this will be a fascinating insight into the life of an artist in extenuating circumstances.

The French Pavilion comes from the musician and composter turned artist, Céleste Boursier-Mougenot, who is best known for her sound works featuring zebra finches, electric guitars and everyday noises.

Closer to home, Scotland features Graham Fagen at their Pavilion, who works in an intriguing blend of media to talk about the universal forces that govern our lives. And former Olympic sailor Charles Lim takes the rains at Singapore's Pavilion with a bold focus on the sea that surrounds the tiny island nation. 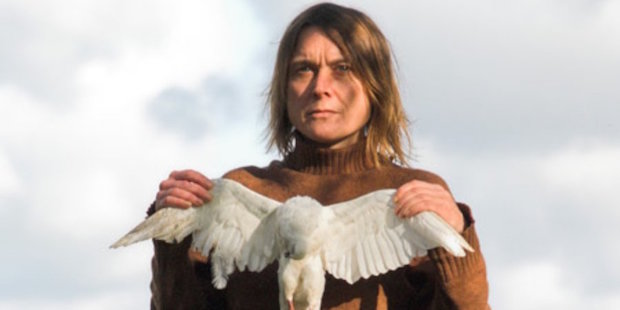 Explore the cobbled back streets of Venice and discover abstract artist Sean Scully at the Palazzo Falier and Spanish artist Jaume Plensa at the Basilica San Giorgio Maggiore. Our particular highlight from the exhibitions across town must be the five architectural Pavilions at the Palazzo Fortuny by Axel Vervoordt and Tatsuro Miki, featuring specially commissioned works by famous names like Anish Kapoor, Alberto Giacometti, Bill Viola, Carl André and Agnes Martin.

Make a beeline for the British Pavilion and you'll discover contemporary art giant Sarah Lucas, who emerged in the 1990s as a force to be reckoned with alongside her fellow YBA artists Damien Hirst and Tracey Emin. Her shambolic and satirical sculptures made of furniture, cigarettes, fried eggs, newspapers and more have often been criticised, but her work deals with 'Englishness' and deep-rooted drives like sex and death in a fresh and exhilarating way. Only recently you might have seen her kebabs in the Royal Academy Rubens retrospective, which caused quite the furore.

Of course if you can always join in the fun by visiting the AA Gallery and relive the incredible A Clockwork Jerusalem show which graced the British Pavilion 2014. Designed by FAT architects, the show considers how British modernism has evolved. 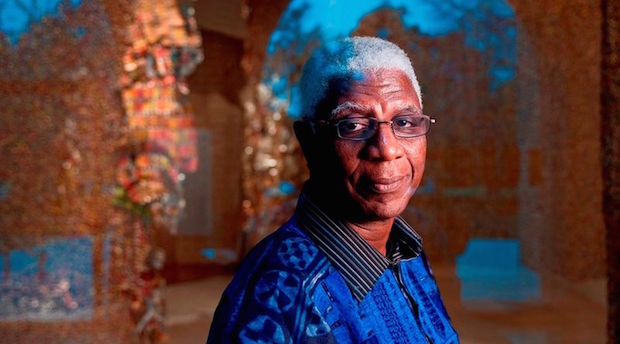 Each year the Venice Biennale honours an artist for their contribution to the arts, and this year marks the career of African artist El Anatsui. Best known for his chainmail wall relief sculptures made from old liquor bottle caps, which transformed the Palazzo Fortuny at the 2007 Venice Biennale, Okwui Enwezor describes Anatsui as the most important African artist working today. Stay tuned to discover the other big winners at the 2015 Venice Biennale...

Whether you are sampling Italian gelato on the Grand Canal or frantically running between opening parties, the Venice Biennale is a fantastic celebration of contemporary art that will delight and inspire. Just be wary of Venice Biennale fatigue, a well-known disease brought on by art overload.