Fashion designer Holly Fulton on her most recent collection, the return of 70s fashion and why London is the best city in the world. 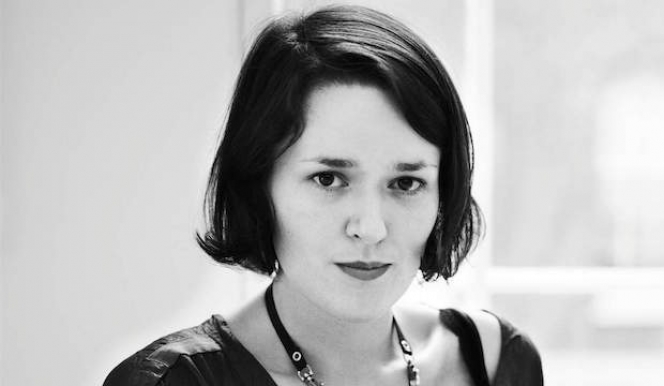 stylenest
It’s only just been over a month since London Fashion week, but already designer Holly Fulton is busy getting for Spring/Summer 2016. Steeped in research for the new season, she’s beginning to sketch out ideas and arrange collaborations with designers that she can’t yet talk about.

“I’m a massive hoarder,” she says, explaining the inspiration behind the off-kilter, feminine style and bold patterns that have dominated her last few collections. “I accumulate patterns and colours and, quite often, at the start of these things I’ll just go home to Edinburgh and go through ideas with my mum. She’ll produce things and get the creative juices flowing.”

It wasn’t long ago that Fulton was studying in her home town of Edinburgh. The up-and-coming designer, who sent shivers through the fashion industry with her glamorous Autumn/Winter 2015 collection in February, studied her masters at the Royal College of Art before setting up her eponymous label in 2009. Since then, Fulton has won Elle New Designer 2010, Scottish Young Designer 2009 and Emerging Talent Accessories at British fashion awards 2010.

“I’m quite selfish,” she jokes. “I really enjoy looking at other designers' work to see what they’ve done and how their work has moved on, but the inspiration behind my work comes from me.”

Unsurprisingly, considering how charming Fulton is, she has a great relationship with the other rising stars and the designers expected to be headline news before long. On Friday, Fulton will be joined by menswear designer Lou Dalton with whom she shares a studio, Pier Atkinson, Sibling, Christopher Raeburn and Edon Choi, for a designer sample sale in Bethnal Green Road, London. It’s a chance, she says, to increase access to her designs and to spring clean her studio.

“I’d like to say it [the sample sale] was carefully curated, but actually we’re just good friends. We’ve come through the ranks together, we do shows together and spend a lot of time together. It’s amazing to be part of a network like this, there’s a real strength in numbers, and it’s important to be part of that zeitgeist, and we all get on very well.” 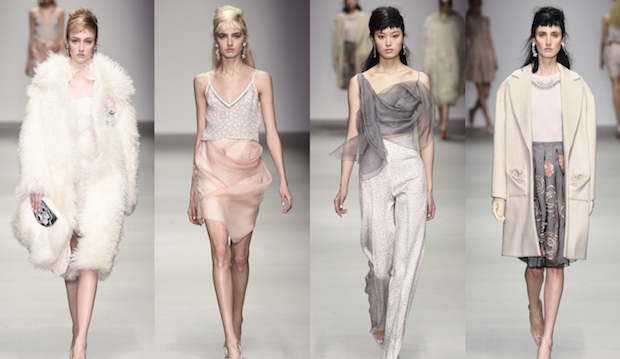 Despite the obvious appeal of a sale, this long time hoarder is grieved to be letting some of her favourite outfits go to on to new homes. “There’s always a couple of items that I end up taking off the rack,” she says. “We’ll be selling one-offs, fabrics we developed for the show and things that didn’t make the final edit as it wasn’t right for them to be in that collection. There’s a particular jacket I already know isn’t going to make it out there. And we’ve got this amazing duchess satin, hand-embroidered coat, there’s only one left, that we kept from Spring/Summer 2014. If it fitted me I would be keeping it.”

Fulton’s collections are sometimes described as the embodiment of relaxed luxury. Her latest collection, Autumn/Winter 2015 was glittering, hyper feminine and inspired by girls through the ages: 20s party girls, 60s glamour, heavy 90s coats worn by Kate Moss. “We had a big year, it was a tough year, and we’ve moved on a lot. Our reaction was just to have fun, with feminine and soft party girl designs.” 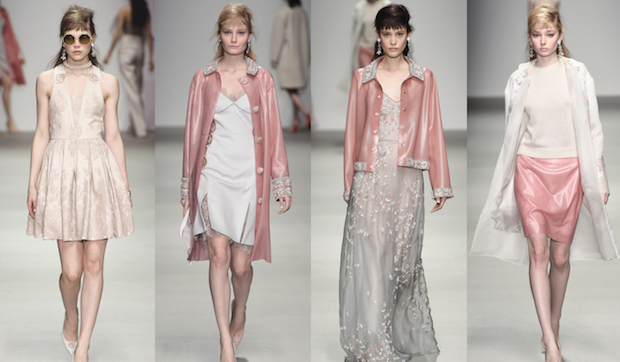 And as wardrobes up and down the UK welcome 70s fashions back onto their hangers, Fulton says they shouldn’t expect anything too new. Designers are going to continue to look back for inspiration. “As much as you want something that’s innovative, I wouldn’t want to do something contrived or too high-tech. It more about putting our stamp on something, through pattern and textures, pushing boundaries by forcing shape. There’s a lot to be said for things that are tried and tested.”

London, she says, is the best place to be a new designer. “I spent a long time in Paris, and its a very different creative environment there,” she says. “It’s much more traditional, and has a strong concept of the fashion house. And in Milan for example, there aren't many opportunities as a new designer. Although there’s lots of innovative and incredible designs, it’s too expensive to show if you’re new, so its unusual to find small designers coming up through the ranks. In London, however, there are plenty of people to mentor you through that journey and familiarise everyone with what’s going to happen. Designing and running a business are very different things.” 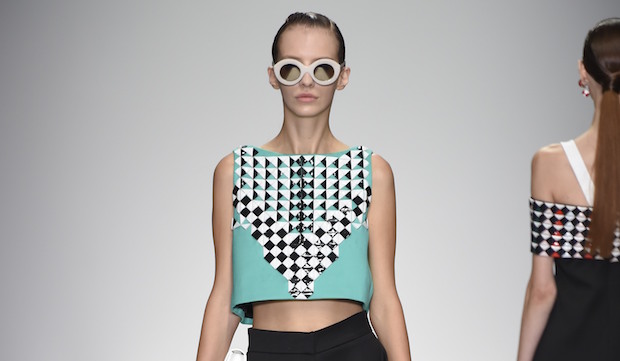 HF: Claridges, in the bar or for tea - or just to go in and look at the Christmas tree. It embraces that art deco opulence of bright young things in London. It makes you feel very special.

HF: I’ve just discovered this place called Ritas. They do macaroni cheese, classics with a twist and incredibly potent coctails.

HF: Hackney marshes. I live quite close to there and I didn’t really appreciate how endless it is when I first moved. You can wonder around the green space - I like getting lost.

CW: Greatest meal you’ve ever had in London?

HF: I’m quite old-fashioned when it comes to food, I’m not incredibly adventurous and I had a delicious meal in December in the Ivy. When it opens I’ll be first on the line to go back again.

HF: Leighton House - an opulent gem in suburban Kensington. Lord Leighton decked it out in high radiance style with hand-painted tiles. It's a calm oasis where he could concentrate on his paintings. I could sit there for hours.