Things To Do in Fitzrovia: A Taste of Old Bohemia 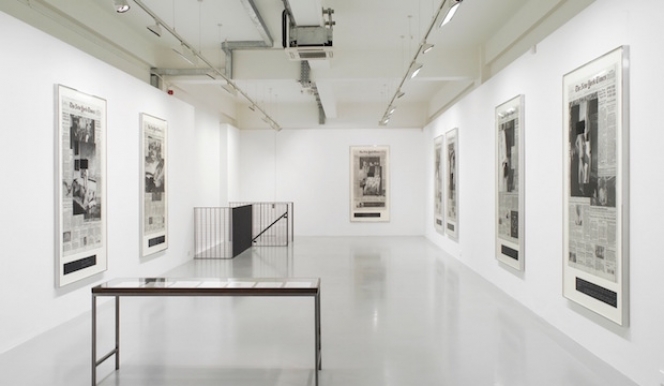 Pilar Corrias Gallery
Within close walking distance of Oxford Circus station, Fitzrovia is tucked between Bloomsbury and Marylebone and just north of Soho.

It is worth spending a few hours there for its vibrant art scene, its historical pubs and new cafés. Fitzrovia is often referred to as Bohemian London or London's old Latin Quarter due to its history as the home of iconic artistic figures such as Virginia Woolf, George Bernard Shaw, Jacob Epstein and George Orwell. Our in the know Fitzrovia guide can tell you where to go for Fitzrovia's best bars, exhibitions and restaurants.

Its name appeared only in the mid-twentieth century due to the popularity of its most renowned public house and literary salon, The Fitzroy Tavern, a pub that still exists today on Charlotte Street. Another important establishment in the area is the Wheatsheaf, a small pub on Rathbone Place.

The neighborhood has become an alternative to Soho, with great restaurants and bars, particularly along Margaret Street, Mortimer Street and in and around Charlotte Street. It has also recently become the location of choice for start-up galleries, with more than fifteen art galleries concentrated in this small area.

Many galleries showing emerging artists have sprung up in the last few years alongside more established spaces, which previously pioneered the development of a young and exciting alternative to the art powerhouses in neighbouring Mayfair.

From My City has just launched an art scene tour showcasing the highlights of Fitzrovia; best exhibitions, galleries and curators.

Here is our selection: 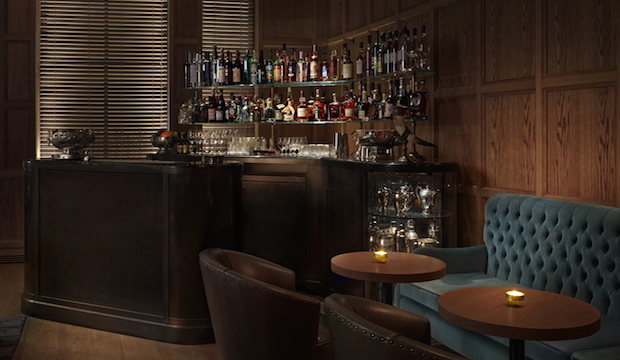 At the back of the magnificent London Edition Hotel, located in a property dating from 1835 and restored by the famous founder of New York’s Studio 54 lies the Punch Room. This bar can be accessed by reservation only and, as the name suggests, there are Punch bowls to be shared amongst guests. The gin infused Edition Punch is prepared with jasmine tea and oak moss. 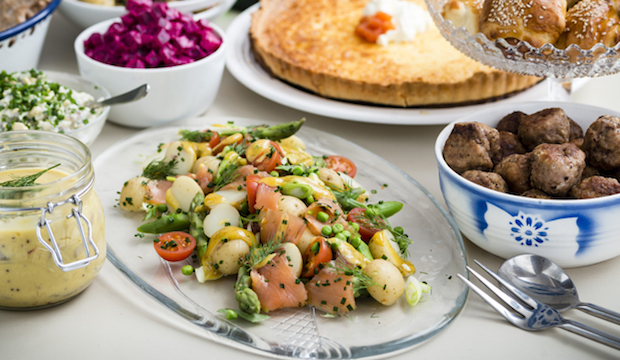 This is the place to go in London for all Scandinavian specialties. There is an amazing range of open rye bread sandwiches, pickled herring (we are addicted to the curried ones) and meatballs. Desserts include the famous Swedish cinnamon bun but also gluten-free options such as orange and chocolate brownies. The venue, located on Great Titchfield Street, includes a little shop in the back with Nordic ingredients. 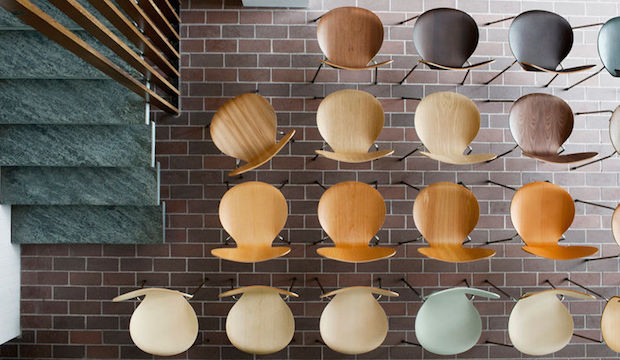 Located on Margaret Street, the legendary Danish furniture design company Fritz Hansen, founded in 1872, sells its classic icons of Danish design, including the 60th Anniversary Edition of the Series 7 of the Arne Jacobsen chair. The company continues to work with young designers from all over the world, including the Japanese designer Hiromichi Konno, who has created a new futuristic chair for the company. 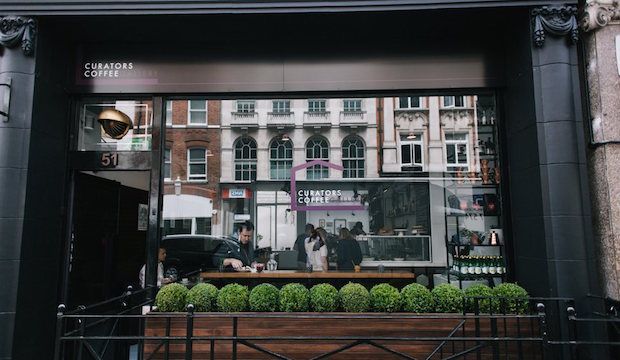 Also on Margaret Street, Curators Coffee Studio opened its second café where it sells its signature house blend roasted by the Nude Espresso team from the East End. The butter croissants are made by Yeast Bakery, also from East London. 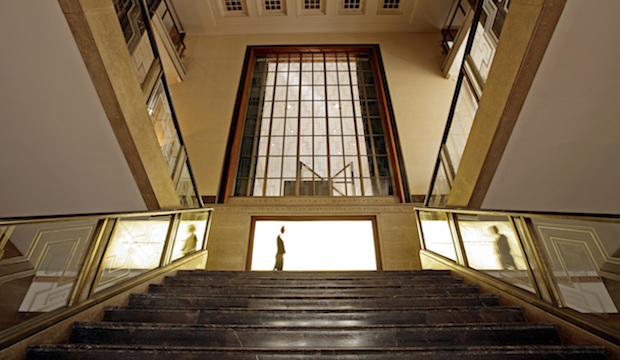 The RIBA Art Deco building just at the limit of Fitzrovia and Marylebone on Portland Place, is worth a look. Built in the thirties by the architect George Grey Wornum, the interior includes a magnificent staircase. The first floor houses a main reception room with fabulous art deco windows and glass panels.

It is a nice, hidden place to have a meeting or breakfast. The restaurant on the first floor offers delicious homemade granola topped with Somerset yoghurt and honey or a rhubarb and vanilla compote topped with yoghurt and toasted granola.

The Architecture Gallery is showing “The Brutalist Playground” until the 23rd of May. 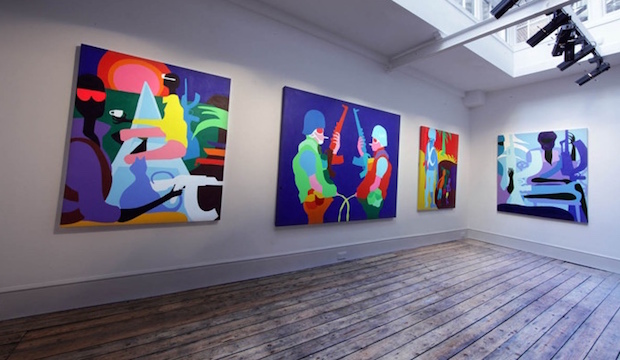 The art gallery Lazarides, created by the former Banksy agent Steve Lazarides, is a famous local institution. Located on Rathbone Street, it has now broadened its artist stable beyond street art. Its current show, which ends on the 23rd of April, features Portuguese artist Alexandre Farto aka Vhils, whose work can be seen from time to time on the walls of Shoreditch during From My City street art tours. 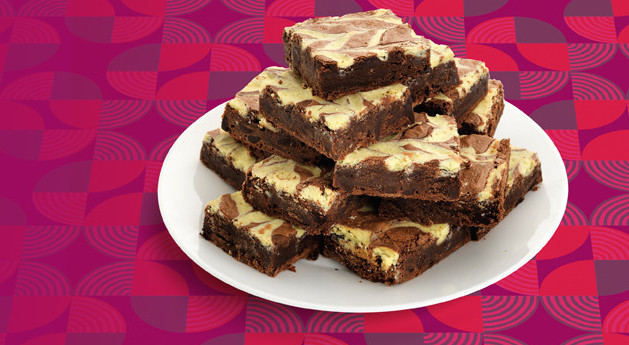 Legendary German born cake creator Gerhard Jenne, the founder of Konditor & Cook, has opened a new shop on Goodge Street with all kinds of yummy treats and an amazing range of brownies. Our favourite is the brownie with melted salted caramel. 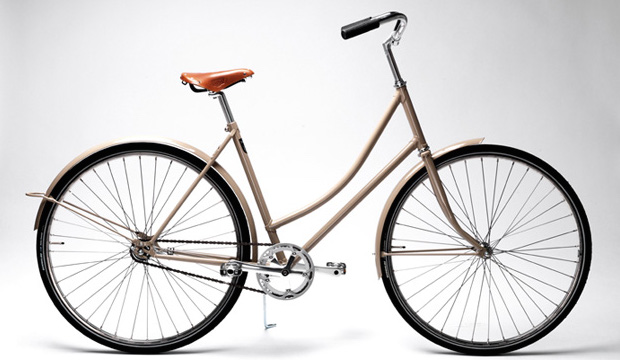 This is a great place on Great Portland Street for the stylish biker, with accessories and a nice range of urban clothing. Probably the best stylish rain capes we have seen so far. 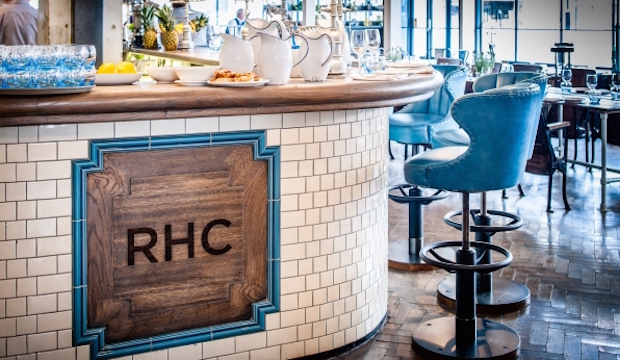 The Riding House Café is a great casual venue on Great Titchfield Street, ideal for a brunch outing with friends. They offer a selection of small plates to share and a range of delicious fresh juices with names such as racer, Boris bike, radio flyer and tandem.

Eastcastle Street is probably the Fitzrovia street with the biggest concentration of art galleries showing a diversity of contemporary artists with, among others, Caroll Fletcher often presenting artists exploring scientific and technological themes; Art First and Pilar Corrias working both with emerging and established artists, Kashya Hildebrand presenting artists from the Middle East and Iran and Pi Artworks the first Turkish commercial gallery to expand into the UK. 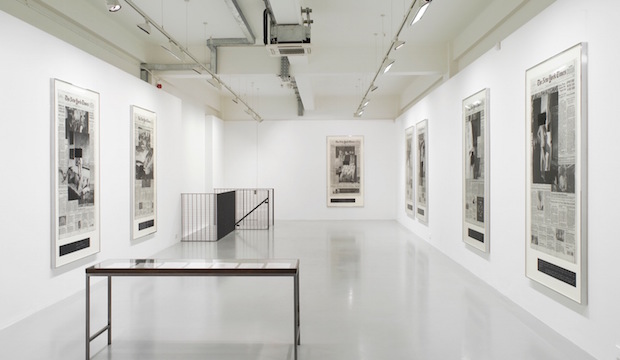 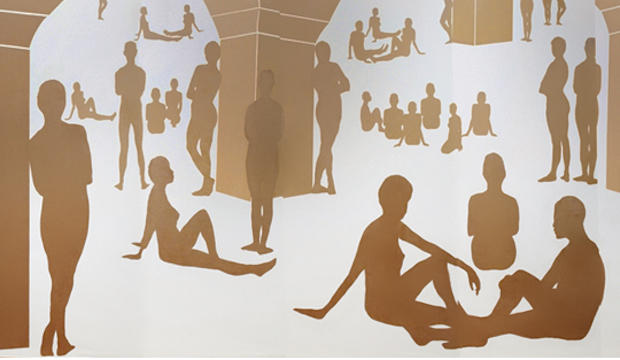 This art gallery is a recent discovery we made during one of our last tours. Founded in 2011 by the very charismatic Maria Varnava, a Greek Cypriot raised in Lagos, the gallery focuses on Africa and its diaspora. It also runs Art Connect, a programme providing a platform for discussion through publications, talks and projects.

SEE OUR OTHER
GUIDES TO LONDON
Michèle Fajtmann was born in Belgium and has lived in Brussels, New York, Warsaw and London. She is a lawyer and founder of From My City, a boutique event management and advisory company that creates unique tailor-made networking experiences and events focusing on arts and culture including urban tours.

‘London is ever-changing,' says Michèle, 'and it is fascinating to explore neighbourhoods that are going through rapid change. We are keen to share our passion for London’s eclectic art scene and urban creativity. As city “curators”, we often get inspired by the unexpected and love to give others the chance to be as excited as we are by these discoveries. Most of our events are guided or animated by creative experts. For details of the discovery tours offered including the Fitzrovia Art Scene tour or for any enquiries, go to www.frommycity.com.’