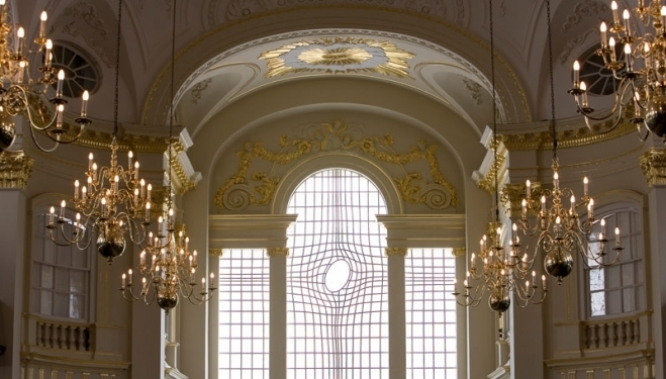 Bar Christmas, Easter is the year’s most significant time for choral concerts. It can be a bewildering time for those in search of great sacred music. Between Maundy Thursday and Easter Sunday alone, there are six planned performances of J.S. Bach’s two Passions alone, several of which boast enviable line-ups of celebrated soloists.

To help you plan, here is our guide to the best of London’s Easter Choral music.

Start your Easter week at St John’s Smith Square, Westminster with the eight-piece vocal ensemble Chapelle du Roi, directed by Alistair Dixon. They will be presenting a programme of the Renaissance’s finest flowers, all concerned with the three-day Holy Triduum.

Lamentations from two great composers of the counter-reformation, Palestrina and Victoria, are matched dramatic English works from Tallis and Byrd. What better way to cleanse your palette before the theatrical heights of the upcoming days?

Of the trio of St. Matthew Passions playing in London this Easter, the Orchestra of the Age of Enlightenment’s at the Royal Festival Hall seems the one to beat.

With a world-class period instrument ensemble and their stunning choir present, it is unlikely to be anything other than a gold-plated performance. An all-star soloist line-up – mezzo Paula Murrihy, soprano Sophie Bevan, countertenor Robin Blaze – is led by Bach expert Mark Padmore as both Evangelist and director. Click here for a full account.

Whereas the St. Matthew Passion sees Bach work on his vastest canvas, the equally magnificent St. John Passion showcases him at his most songlike. It can feel like a collection of the most exquisite miniatures, shot through with a streak of melancholy and accompanied by a churning sea of strings. Begin your Bank Holiday with an afternoon performance of this masterpiece, delivered by Cambridge’s acclaimed Polyphony, regarded as one of the best small choirs in the world.

There are few pieces of Renaissance music as beloved as Gregorio Allegri’s Miserere, one of the defining works of polyphony. Composed for the Sistine Chapel’s Easter matins, it stands at the centre of a varied programme from the Choir of St Martin-in-the-Fields. It will be joined by work from Allegri’s contemporary Victoria, baroque Italians Scarlatti and Lotti, and modern composer James MacMillan.

As well as Renaissance and baroque classics, the Easter weekend also provides the chance to hear a new large-scale choral piece. James MacMillan’s St Luke Passion, which receives its London premiere on Easter Sunday, fuses Bach’s baroque with Celtic folk melodies. When it was first performed in Birmingham last December, the Guardian noted a “touching directness of expression.”

Tickets range from £10 to £35, with £59 premium tickets that include a pre-show reception with the Britten Sinfonia and guests.

Who said Handel’s Messiah was just for Christmas? The evergreen oratorio was first performed during Eastertide in 1741, and its second and third acts deal not with Christ’s birth but with his death and resurrection.

This Easter Monday, the acclaimed Belmont Ensemble and the English Chamber Choir will join forces to present Messiah by candlelight, in Trafalgar Square’s St Martin-in-the-Fields. After the brooding intensity of Bach, let Handel’s joyful melodies restore you to grace.