It's here! Alexander McQueen opens at the V&A - but is it really worthy of a public art museum? 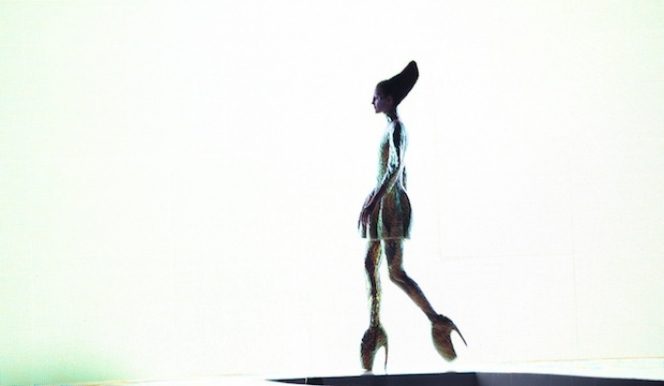 By now you’ll have heard the buzz about the bad boy of high fashion, designer Alexander McQueen and his giant retrospective at the V&A Museum, London. After a major debut at the Metropolitan Museum of Art, this new exhibition in London marks a return to the designer’s hometown.

And what a return it is: McQueen: Savage Beauty rides into the South Kensington galleries as a triumphant hero, ready to bask in the praise of fashion’s elite.

With it’s impressive design credentials, the Victoria and Albert Museum is an obvious choice as the London host for the show, which was one of the top ten most visited shows ever at the Metropolitan Museum of Art, New York. But what you might not know is that the V&A actually turned down the Alexander McQueen: Savage Beauty retrospective several times, and were only convinced by the round of petitions online.

The question on many lips is, why now? 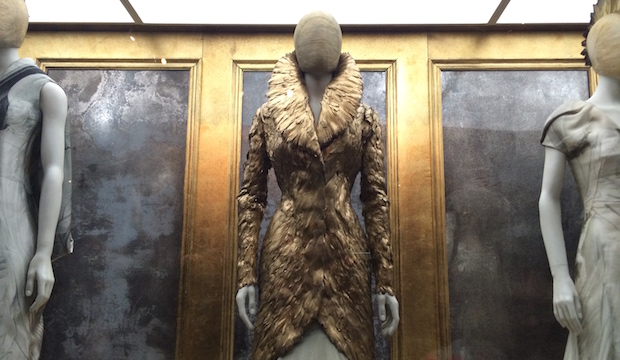 This is definitely not just another fashion show at the V&A: Alexander McQueen is a theatrical bombardment that transcends the garments and manifests itself as a sort of cultural phenomenon. As the British designer puts it, ‘there is no way back for me now. I’m going to take you on journeys you’ve never dreamed were possible'.

The V&A have certainly stuffed enough into its enormous galleries, with 66 more pieces on the MET show, including garments, accessories and rare early works from collectors like Katy England, Annabelle Neilson and Isabella Blow. Unlike the mournful Nick Waplington photography show currently at the Tate Britain, this celebratory V&A exhibition is a high octane experience from start to finish.

And his craft is definitely something we should be celebrating. Most will be familiar with the story of McQueen: the taxi driver’s son who left school at 15 to train as a tailor’s apprentice on Savile Row where he famously stitched 'I am a C***' into the lining of Prince Charles's jacket.

From humble beginnings, McQueen became the darling of the fashion elite, nicknamed the rebellious l’enfant terrible’ who felt that ‘fashion is a big bubble, and sometimes I feel like popping it’.

As an art exhibition, Savage Beauty doesn’t lecture about fashion design or make tenuous connections to overarching contemporary themes, but rather presents individual pieces at the altar of high art, on which audiences are invited to worship. The clothes are given a platform to speak for themselves, which favourably locates Alexander McQueen within bracket of fine art.

Curator Claire Wilcox is meticulous, crafting each display to recreate the drama and intensity that the Alexander McQueen fashion shows such as Highland Rape and The Widows of Culloden were so well known for. 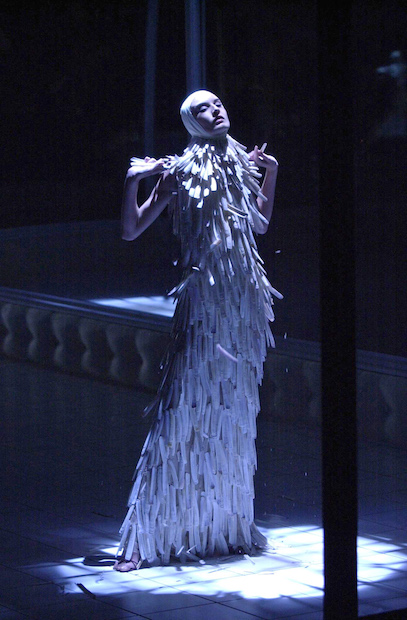 The story of Alexander ‘romantic schizophrenic’ McQueen is told in it's entirety. From traditional beginnings, audiences are led through a recreated industrial warehouse where McQueen's famous bumster trousers of the early SS 1997 collection establish the rule of slick silhouettes and exaggerated shapes.

The show then twists into the more recognisable extremes of McQueen design in the dark inspiration of poet Edgar Allen Poe and the Victorian gothic for the Alexander McQueen/Givenchy (A/W 1997) collection of macabre bird-women. 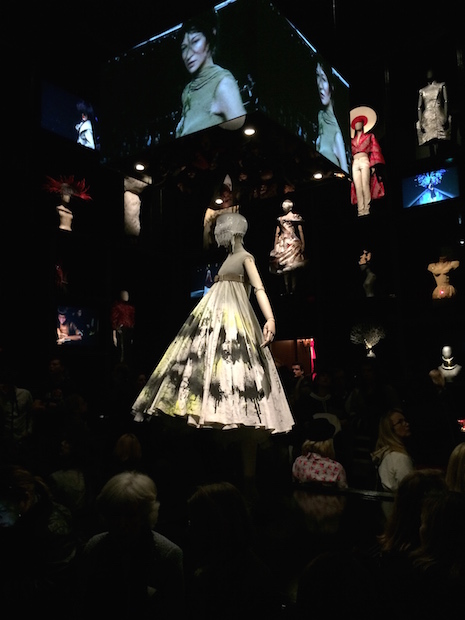 But the real highlight is the enormous cabinet of curiosities which marks the centre of the show. Towering shelves of dresses and accessories scattered amongst screens that broadcast the outrageous Alexander McQueen runway shows are like looking inside the mind of a genius...or a mad scientist.

A standout show is 2005's Spring Summer It’s Only a Game, where models squared up on a giant chess board, inspired by Harry Potter. This is the Mad Hatter's Tea Party on a whole new level as each object emits a sound, from squawking birds to chiming bells all around.

Other individual highlights must include Kate Moss’s ghostly figure rippling in organza as a holographic 3D image for the finale of The Widows of Culloden (A/W 2006) show. Then there’s the Erin O’Connor razor clam shell dress, which she tore off in the 2001 VOSS SS show, shredding her hands and shattering the delicate garment.

The finale is McQueen’s last, most realised show, Plato’s Atlantis (2010), which was inspired by Charles Darwin’s On the Origin of Species (1859) and the devolution of mankind. Amphibian creatures and towering armadillo boots stomped the runway as a new race for the digital age and marked a new moment for fashion as the show was streamed live on the internet. 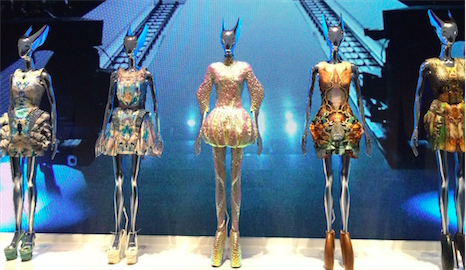 The V&A are keen to define McQueen as a Romantic hero, but can we really see McQueen in the same way as truly iconic British artists like Constable and Turner? Nevertheless, it's clear that McQueen was a visionary who was one of the last people to invent truly new trends and challenge the conventions of the medium with which he was working.

No one can deny that the theatricality of the show firmly pushes fashion into the realms of mainstream art blockbusters. But then it’s easy to be swept up in the drama of it all, and the reverence that the fashion world feels for this hero on his white horse.

While McQueen loved the craft of the 19th century, this exhibition is not just ‘art for art’s sake’, but really - fashion for the sake of commerce. The V&A has produced an exhibition which feels like a West End Musical full of fireworks, but in the end doesn't really explore the tortured genius who so perfectly embodied the contradiction of Savage Beauty.

Whatever your thoughts, this London fashion exhibition is an uncompromising collision of the sublime and the grotesque, that smashes down the boundaries between craft fashion and fine art.