Take a look inside the new London photography exhibition at the V&A, Staying Power, with Curator of Photographs Martha Weiss 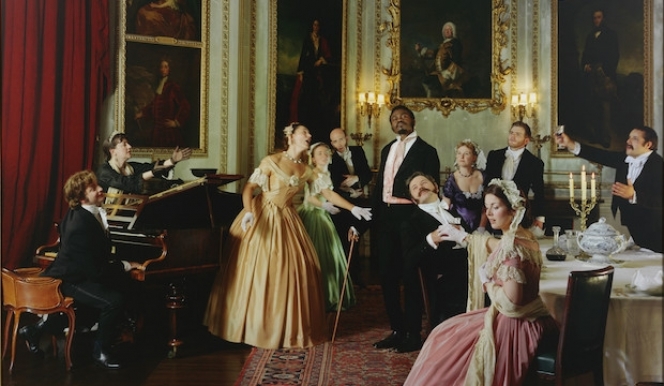 Title: Yinka Shonibare, 'Diary of a Victorian Dandy', Credit line: © Yinka Shonibare / Victoria and Albert, London
The new V&A photography show, Staying Power: Photographs of Black British Experience 1950s – 1990s, ‘is the culmination of a 7 year project to collect photographs relating to black British experience from the second half of the 20th century’, explains Curator Martha Weiss. And with 118 photographs by 17 different black photographers collected, the enormous Victoria and Albert Museum collection of photographs, which began in 1852, is swelling with the new additions. One of the oldest collections in the world, Martha Weiss explains that, ‘we are continually reassessing the collection and looking for gaps in it and although we had some photographs in the collection already by some important black contemporary photographers we did feel it was quite a modest number’. Evolution in the V&A photography collection is crucial, ‘I think its important for the V&A’s collection to reflect broader society and the demographics of London and the UK more widely. 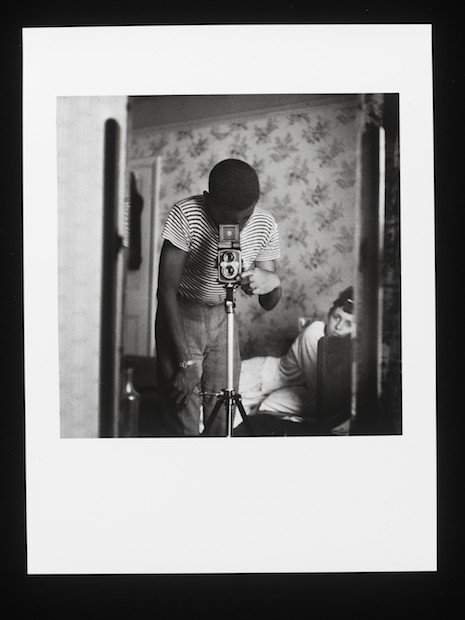 But why now? As Martin Luther King biopic, Selma, lights up the box office (despite the lack of Oscar attention) and black experience is highlighted by the Photographers’ Gallery Human Rights Human Wrongs exhibition, it seems a rare coincidence. ‘I can’t claim that we were trying to tie into any other cultural outputs relating to black experience more generally’, says Weiss, ‘but on the I hope that this exhibition strikes a positive note at a time when we’re continually aware of racial tensions.’ Reflecting on the recent issues in the USA recently, Weiss says, ‘I hope this can make a kind of positive contribution to the dialogue’.

‘Identity and questions of representation are the overarching theme of this exhibition’, explains Weiss, ‘be it through questions of fashion, style, or setting in a domestic interior or the streets of 1960s Notting Hill’. The arresting first image in the V&A museum is Jamaican photographer Armet Francis’s Self-portrait in Mirror (1964), a curiously intimate and honest image showing Armet setting up his shot directly in front of a mirror.

Maxine Walker’s homage to Cindy Sherman in a series of radical passport or identity photos in a variety of guises is particularly engaging. ‘She’s precisely changing her appearance, but playing around with what we expect and all the political baggage that goes along with that’, says Weiss. Not only a magician with makeup, costumes and wigs, Walker uses the tools of photography to change her appearance with different lighting and printing techniques. 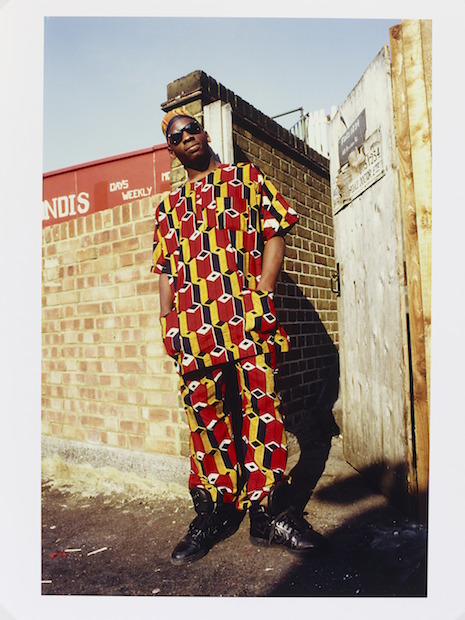 But the King of reinvention must be British-Nigerian artist Yinka Shonibare and his transformation into a flamboyant Victorian Dandy: velvet pink waistcoat, guffawing gentlemen and all. ‘Yinka Shonibare is referring to history painting and putting a new twist on that’, Weiss says. Certainly this series can’t help but remind you of the morality tale of Hogarth’s A Rake’s Progress (1732-33). And the writhing bodies of Shonibare’s depraved evening scene must reference Eugène Delacroix’s fleshy painting The Death of Sardanapalus (1827).

The carefully constructed studio photograph is also a prevalent theme in this photography exhibition such as James Baynor’s images in Acca, Ghana. ‘Then you have someone like Al Vandenburg (On a Good Day series) who uses the street as his studio where he’s setting people up quite deliberately against the backdrops of shop fronts. Or Neil Kenlock who took photographs in people’s actual homes so they could send those back to their relatives in the Caribbean and show how well they were doing. So they’re kind of performing in their own homes, showing themselves off with their possessions in the way one might perform in a studio portrait.’ 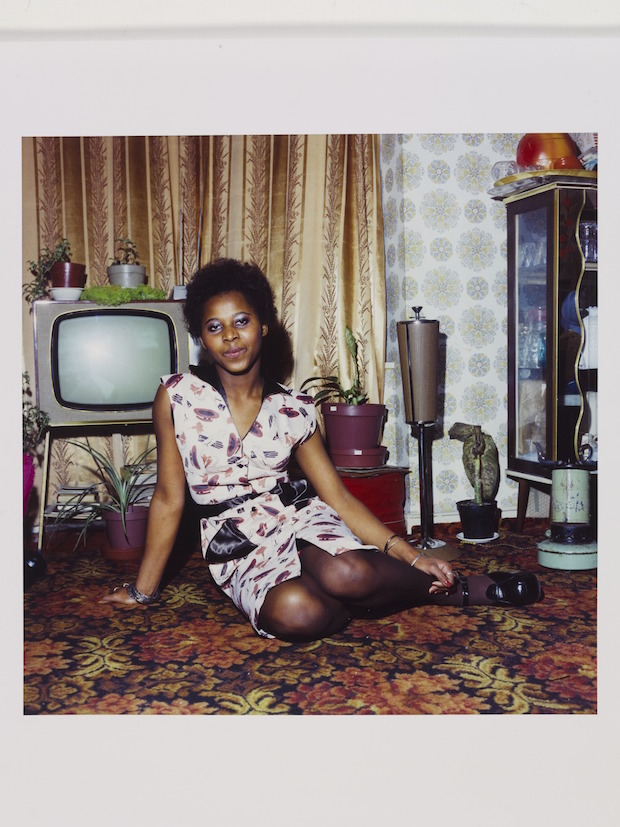 Look out also for the beauty pageant images of glamorous women with Amazonian long limbs preening themselves ahead of the big contest by Raphael Albert. In keeping with the contemporary ‘Black is Beautiful’ movement in 1960s America, Albert captures these young women in their natural beauty, particularly embracing their Afro hair. You’ll also be transfixed by Charlie Phillips’ images of the Caribbean community in swinging 60s Notting Hill before the yummy mummy invasion.

Continuing the exploration of black experience in Staying Power, Brixton-based black heritage centre, Black Cultural Archives, forms the second half of this photography show. Working in tandem with the V&A on the project, there are also a number of oral histories in the Staying Power exhibition from both photographers and sitters.

Photography at the Victoria and Albert Museum, London