Exclusive interview with one of the curators of the Hayward Gallery 2015 exhibition, Turner Prize nominee Roger Hiorns 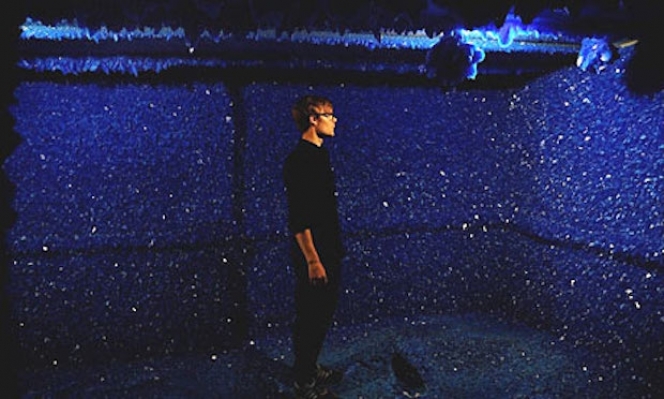 Who is artist Roger Hiorns?

You might remember the Roger Hiorns copper sulphate filled bedsit in Peckham, which earned him a Turner Prize nomination back in 2009. But there is no sniff of the Roger Hiorns Seizure commission, with its blue crystalized interior, at the Hayward Gallery this spring. 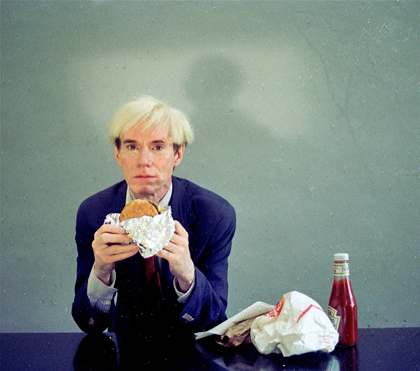 Instead, along with twins Jane and Louise Wilson, OBE John Akomfrah, British/Japanese artist Simon Fujiwara, photographer Hannah Starkey and sculptor Richard Wentworth, Hiorns has curated a section of the Hayward Gallery 2015 exhibition which focuses on significant cultural moments in the UK over the last 50 years. History is Now forms part of the Southbank Centre Changing Britain festival 2015 which interrogates British history in the run up to the General Election - so ready yourself for intense political debate!

Of all the moments to focus on, Hiorns’s section examines the lasting effect of mad cow disease (BSE) and the human equivalent, Creutzfeldt-Jakob disease (vCJD), in Britain. ‘It was quite a difficult period in the 90s for a specific generation of people to find there was an emerging crisis', explains Hiorns when asked why he chose this period of time. His examination is certainly unflinching, with countless cuttings of newspaper and personal stories that reach a hysterical crescendo. Gathering reams of information from archives, Hiorns was
fascinated to ‘look at material which hadn’t really been looked at before’. 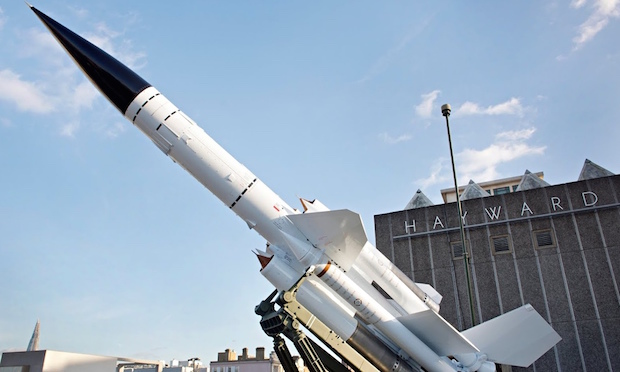 ‘It felt like a sense of empowerment - taking on this material personally’, Hiorns says. Particularly relevant are the long forgotten slides and audio lecture by artist Gustav Metzger entitled Mad Cow Talk (1996), which directly covered the BSE crisis and brutal industrial farming techniques. ‘It was fascinating to breath air into something long forgotten’, Hiorns explains.

Hiorns is all about liberalism, and talks animatedly about the role of the government in controlling the masses: ‘I wanted to suggest that artists could assimilate that kind of power and reuse it so maybe we could create some kind of stoppage in the everyday surfaces of the world’. Hiorns's section in the Hayward Gallery is itself an abrupt break, which feels nothing like Hannah Starkey’s commercial photography and John Akomfrah’s films in the upper galleries.

The show is clearly underpinned by systemic violence - from the symptoms of disease and killing of livestock to the brushing under the carpet by Margaret Thatcher's government in the 1980s. Facing the phenomenon of BSE and vCJD head on, Hiorns lifts back the smooth surface and reveals ‘under the skin, a violent act that we are all partied to’. 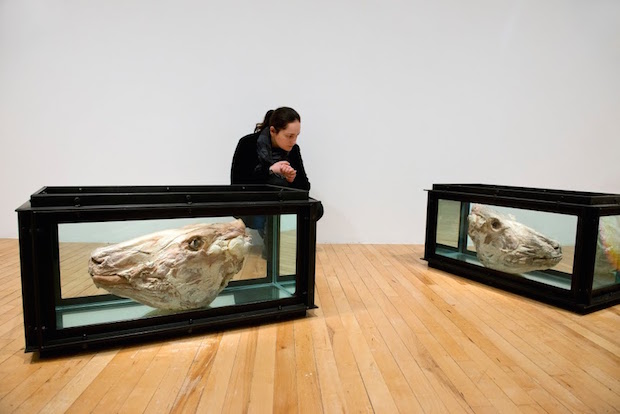 Damien Hirst, Out of Sight. Out of Mind, 1991. Installation view at Hayward Gallery, History Is Now- 7 Artists Take On Britain. Photo Linda Nylind

And of course, alongside are Damien Hirst’s severed bovine heads floating in formaldehyde, made for his 1995 Natural History show. Hiorns argues that, much like the normalisation of the brutality in Hirst’s work through the success of his auction prices, the capitalist system masks violence. ‘We are all connected in the western world to a system of violence which allows the human to essentially exist.’

The densely packed information of Hiorns section is a little unforgiving, and requires a great deal of time and patience to devour, but is undeniably brave. Something which Alastair Sooke, Telegraph, complained was a ‘visually flat display, bludgeoning visitors with an overload of information’. In response Hiorns says simply, ‘I’m not expecting good reviews or bad reviews I’m just expecting the subject to exist’.

‘(Sooke) found himself siding with authority’, Hiorns explains, ‘he felt affronted that he had to come across so much information and it contaminated the way that he thought about things’. For Hiorns, Sooke has chosen his side, and it is far from his own left point of view with a peppering of à la carte politics. ‘I would always side with humanist policy’, Hiorns says. 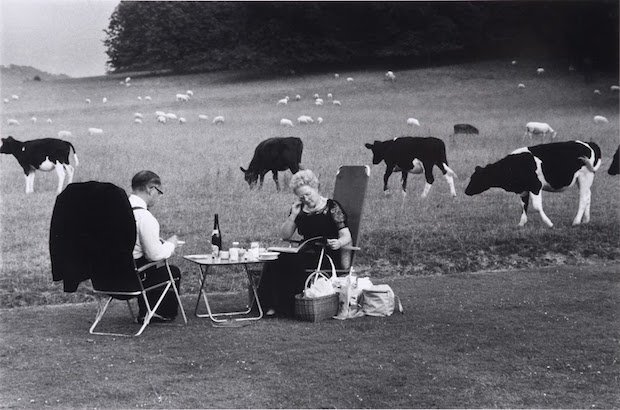 As History is Now is so closely linked to the upcoming General Election (less than 80 days to go!), we couldn’t resist asking Hiorns about how he plans to vote. ‘Artist is a far more elevated position in society than politician. I think the destructive tendencies of governments have made politicians untrustworthy, but we all don’t take authority at face value anymore which is incredibly healthy for society.’ Hiorns lives in the key battleground seat of Hampstead & Kilburn where the Liberal Democrats and Labour are closely matched. ‘I think proportional representation would be a far fairer way of doing things - the strangle hold of the two party system is rubbish. They are just born to rule.’

Examining the rest of the Southbank Centre exhibition, Hiorns admires Richard Wentworth’s section, which examines post-war Britain as it tried to rebuild itself. But Hiorns can’t help seeing the Henry Moore and Barbara Hepworth drawings as, ‘a grey scarf I wish would go away!’. Even the enormous Bloodhound Mark 2 Surface-to-Air Missile and Launcher, positioned on the roof of the Hayward, Hiorns jokes, ‘would have been better if it had been pointed at Westminster!’

Looking ahead, it's clear that Hiorns hopes this immensely political exhibition will have an impact and change the way we view this period in time. With such a depth of research driving an emotional response from visitors to the Hayward this year, it’s time to make your political leanings clear. We’ll have to agree with Hiorns: ‘We can't unsee what we've seen. We all know too much now.’