Get ready to book the Young Vic Theatre's best new shows.  With famous faces and visionary creatives it will be a sellout. 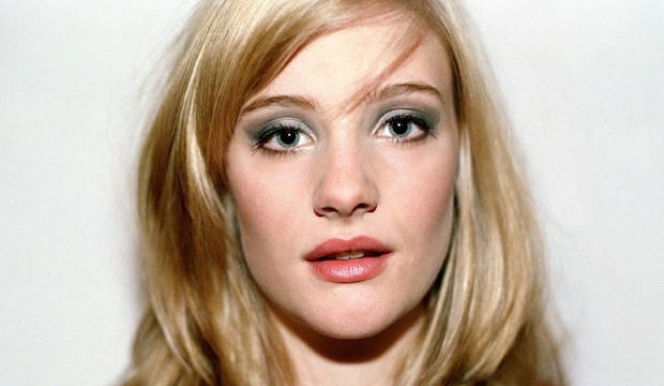 Romola Garai will star in Measure for Measure
The Young Vic is London's theatre du jour. Fresh from a blockbuster 2014, which brought three Critics' Circle awards, two Evening Standard gongs, record-breaking (and computer-crashing) ticket sales and the sought after title of London Theatre of the Year 2015, The Young Vic has just announced a new season shimmering with stellar actors and theatre-makers.

The theatre's reputation for combining bold boundary-breaking productions, high-profile actors and the most innovative directors and creatives resonates through the programming, which places canonical classics alongside new writing and inventive adaptations. Artistic Director David Lan describes 2015 at the Young Vic as "a mix of rarely performed plays, world premieres, new light on dark classics''. So, What's on at the Young Vic, 2015?

Rory Kinnear on stage: Kafka's The Trial
The last time Rory Kinnear was on the London stage was 2013, in National Theatre's Othello, where his portrayal of insidious Iago won a second Evening standard award, to go alongside two Oliviers and a British Independent Film Award. From silver screen (James Bond, Broken), small screen (Black Mirror) to stage (Hamlet) Rory Kinnear is British acting royalty. He will be making his Young Vic debut this June as Josef K in a freshly adapted take on Kafka's masterpiece. The creative team is completed by rising star playwright Nick Gill (Mirror Teeth, Finbrough Theatre) and director Richard Jones, whose unflinching yet playful approach will undoubtedly illuminate Kafka's famously absurdist novel, twirling together banality, bafflement and terror.

Director Ivo Van Hove and playwright Simon Stephens: Song From Far Away premiere at the Young Vic
Visionary Belgian director Ivo Van Hove stormed the Young Vic stage with his edgy take on A View From the Bridge starring movie star Mark Strong. As the first feature production that Van Hove has directed in the UK, the Arthur Miller adaptation's fanfare of five star reviews and subsequent West End transfer catapulted its director from highbrow experimentalist to the hottest name in directing. Sure enough the next project form Ivo Van Hove, Antigone at the Barbican (starring Juliette Binoche), has sold out months before opening night. For his hotly-anticpated return to the Young Vic, Ivo Van Hove will be directing a new play by Simon Stephens. The Olivier award-winning Punk Rock playwright has written three adaptations for the theatre, but this will be his first original play at the Young Vic. Song From Far Away explores loss and love as a young man (played by Dutch actor Eelco Smiths) grieves for his dead brother through a series of letters. After opening in Brazil then Amsterdam, the show will get its UK premiere at the Young Vic September 2015 for a blink-and-you'll-miss-it run, which is sure to sell out.

Romola Garai stars in 'emotional but sexy' Measure for Measure directed by Joe Hill-Gibbons
"We only produce Shakespeare when a director has a powerful need to do a particular play at a particular time," explainsYoung Vic Artistic Director David Lan. "Joe Hill-Gibbins follows his path breaking The Changeling and Edward II (National Theatre) with the enigmatic Measure for Measure". Expect an enlightening and probing take on Shakespeare's problem play, which is billed as 'deeply emotional but sexy'. Star power comes courtesy of Romola Garai, who will play pious Isabella. She's well-versed in playing the ingenue, having starred in blockbuster film of Ian McEwan's Atonement and a BBC adaptation of Austen's Emma. And Romola Garai has lived to her Evening Standard Most Promising Newcomer nomination by going on to impress on stage in London (The Village Bike, Royal Court) and New York (Indian Ink, Roundabout Theatre Company).

A dance makeover of Macbeth, co-directed by Carrie Cracknell and Lucy Guerin
And in another shake up of Shakespeare, theatre and dance will fuse in a 'startling new version' of Macbeth. Director Carrie Cracknell and choreographer Lucy Guerin showcased a formidable creative vision with a muscular take on Medea (National Theatre 2014). The duo will once again reinvigorate a canonical classic, exploring themes of mysticism, monarchy, madness and brutality through words and movement.

Ah, Wilderness! An American classic gets an all-star English revival in April 2015
American playwright Eugene O'Neill's 1933 exploration of adolescent lessons and coming of age in small town Connecticut is a favourite across the pond. While the touching family tale is relatively unknown in the UK, this large-scale Young Vic revival is set to bring Ah Wilderness! into the mainstream. Young Vic Associate Director Natalie Abrahami, fresh from a stunning adaptation of Happy Days, which returns by popular demand to the Young Vic this spring, will direct this revival. The impressive cast includes Georgia Bourke (Hollyoaks, Silent Witness), who will be making her stage debut alongside theatre heavyweights Janie Dee (Blithe Spirit, Noises Off) and Dominic Rowan (The Cherry Orchard, A Doll's House).

The Young Vic: tickets and booking
Big names, short runs and a red hot reputation will most likely lead to a sell out season. Public booking opens on at 10am on Friday 13th February - be ready.

The team at Culture Whisper are here to guide you through the booking process for the Young Vic's new season so that you can secure the tickets for the plays that you really want to see. For booking reminders, our exclusive preview content and useful information tailored to your personal interests, click here to see our membership options.