Perverse, sinister and fantastic: Marlene Dumas Tate Modern exhibition could be one of the best shows in London this year. 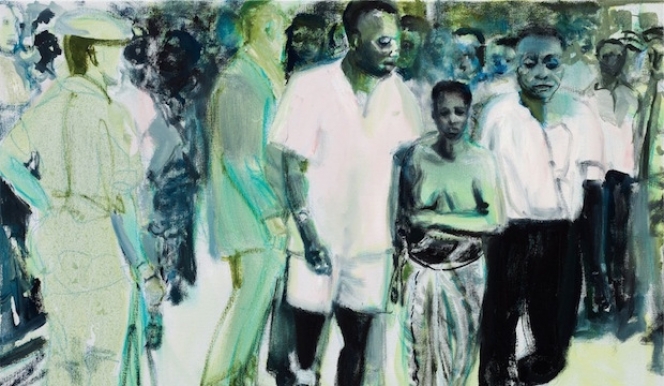 Marlene Dumas The Widow 2013 Private Collection © Marlene Dumas
As the South African born artist Marlene Dumas greets the press at her Tate Modern 2015 retrospective, there is a euphoric atmosphere as journalists jostle for an autograph and a snap of the biggest name in London contemporary art right now. It’s official. Marlene Dumas is a rock star. This Tate Modern London 2015 exhibition is the ‘most complete exhibition of Marlene Dumas in Europe ever’, Tate Modern Director Chris Dercon explains.

In this monumental Tate exhibition, Marlene Dumas invites us to enter her world of bruised, starved and visceral figures, which resonate with social, political and cultural meaning. From apartheid South Africa to the Israeli/Palestinian conflict, Dumas’s work is packed with references to pop culture and contemporary issues. ‘She takes a source and thinks how she can change it’, explain curators Kerryn Greenberg and Helen Sainsbury. Pouring over the anonymous bodies in the media, Dumas seeks to reclaim their identities with images like Black Drawings (1991-2) where a series of sullen faces, symbols and marks cover the wall of the Tate gallery, London. You'll even stumble across Osama bin Laden in this veritable history lesson of an exhibition. 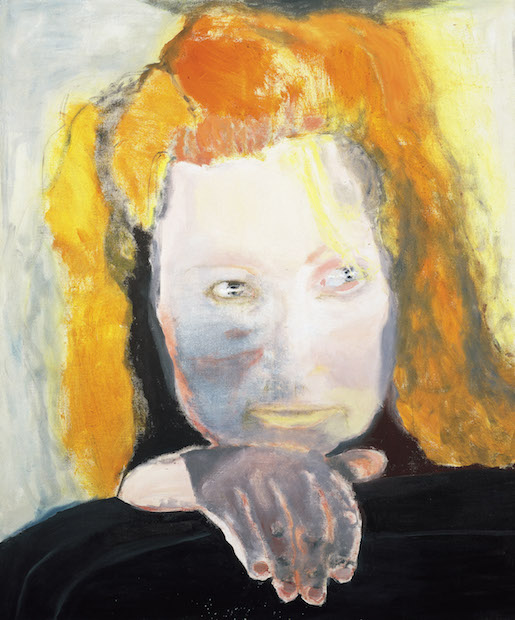 Marlene Dumas: The Image as Burden exhibition opens with another series of leering, washed-out faces entitled, Rejects (1994 - on going). These 40 works on paper, which are primarily the off cuts from Dumas’s Models (1994) series, continue to mutate and change as Dumas creates new images.

‘It’ll be better when the night falls’ Dumas laughs. And its true – Marlene Dumas art is undeniably sinister in its emotional proximity and watery technique. While the chance touches of paint and the pooling of water on canvas creates moments of brilliance, it requires quick reaction and response from the artist. Helen Sainsbury jokes that the thinned Marlene Dumas paint washes seem, ‘like the dirty water you clean your brushes with’.

The Marlene Dumas technique is really magnetic. Seemingly quick and instinctive, her works are intensely thought-out. The control of paint in its delicate washes is sumptuous and alluring, and her prowess in colour is evident in her careful modulation and undulation of tone. The Marlene Dumas For Whom the Bell Tolls (2008) captures her grief after the death of her mother through the scratches of paint and the stains of blood-soaked tears. While a lot of Dumas’s work can be seen as monochromatic, particularly in response to her youth in apartheid South Africa, curators Greenberg and Sainsbury argue that Dumas sees black as a colour and not a racial construct. 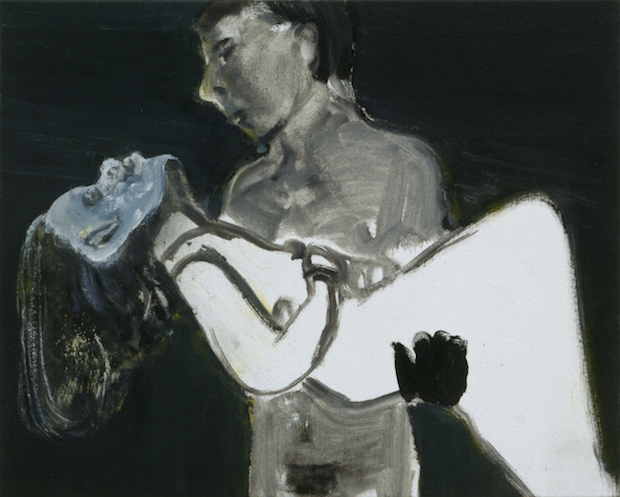 Around corners of the Tate Modern art gallery scowling faces and haunting masks peer out and drag you into the next space. Marlene Dumas The Painter takes prime position; the haunting figure of Dumas's young daughter stripped of her context in a domestic scene of finger painting which reveals a child on the edge of adulthood, her hands dripping in red paint or worse.

While artist Tracey Emin said at her White Cube 2014 exhibition The Last Great Adventure is You that female artists could not be mothers and produce the same calibre of work, motherhood seems to have had the opposite affect on Dumas. Stimulated by the birth of her daughter Helena, The Painter is surrounded by portraits of the young girl.

A particular highlight which you should spend time with are the Marlene Dumas Magdalenas, a towering series of nude female forms which Dumas made for the Dutch Pavilion of the Venice Biennale 1995. These monumental fallen women, made up of disperse body parts like Naomi Campbell’s legs and the Virgin Mary’s head, describe Dumas’s notion of universal femininity. Alongside don’t miss Great Britain (1995-7), a portrait of Diana Princess of Wales and supermodel Naomi Campbell, which has never actually been exhibited in the UK before. With Diana as some sort of Disney Princess in a bubble-gum pink dress next to a sinister and skeletal Campbell, this odd pairing points to Dumas’s playful side. Other moments like the Drunken Mermaid (1993) provide a respite from the intensity of Dumas’s subjects and turn their attention to the artist’s infectious humour. 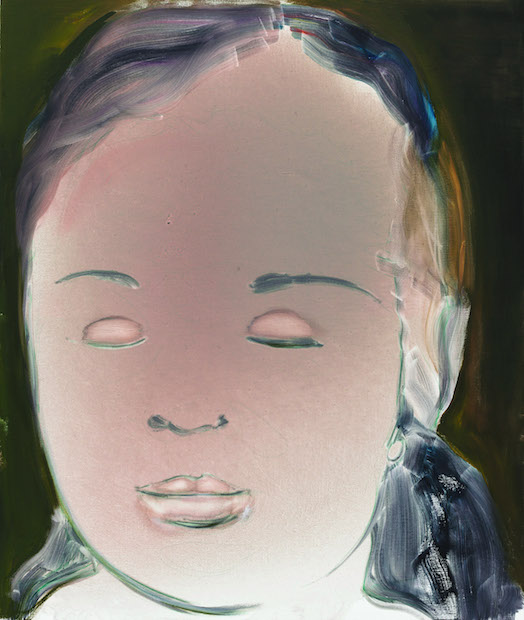 Hidden in a side section of the Tate galleries is Dumas’s jarring exploration of the naked body - something that Tracey Emin would be proud of. The disembodied vaginas and silk stockings might be a little too much, but Dumas finds some interesting notes in The Kiss (2003) and The Fingers (1999), which discuss sensuality and empowerment. Dumas explains in a quote from her 1999 Frith Street Gallery exhibition MD-Light: ‘the public display of nudity has always been one of my main artistic interests, as well as the reasons given to justify or ban it’. But these images are not all strippers and porn poses, there’s even an image of the dead Janet Leigh in the shower during the 1960 Alfred Hitchcock film, Pyscho. Alongside buxom figures of the Miss World competition and washed out scope magazine pin-ups, Dumas’s work has something of radical figurative painter Egon Schiele about it.

Crucially Tate has delivered a broad scope of work by painter Marlene Dumas, from her early days in Amsterdam to the present day, which gives equal importance to her paintings as her drawings. Dumas’s own words narrate the show, which - while quite a natty idea to give Dumas creative freedom – leaves art world outsiders a little in the dark. This is not necessarily a bad thing as Dumas says, ‘these are lovely stories, but not necessary to understand’.

When the exhibition strays from the mesmeric gaze of Dumas’s figures, the resonance of her work seems lost. The breath-taking figurative paintings in the Tate, London are the real stars, which crown Dumas as the most important female painter today. We just couldn’t get enough.