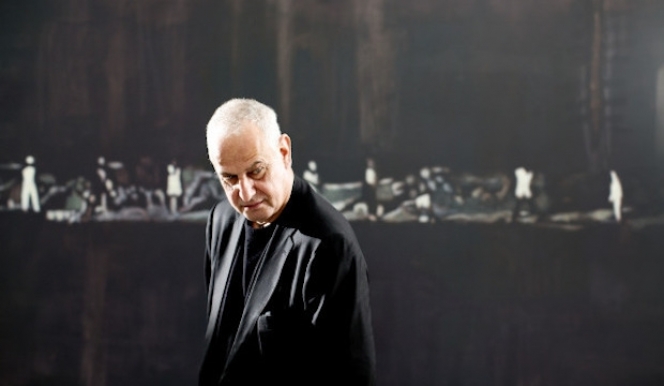 Luc Tuymans © Jonas Lampens, 2014 Courtesy David Zwirner, New York/London
Since international superstar artist Luc Tuymans was found guilty of plagiarism last week, the art world has been in uproar. With the opening of the Luc Tuymans David Zwirner exhibition London, we ask what happened and was it the greatest heist in art history or simply a misunderstanding?

‘It’s because I am so renowned’, Tuymans said in response to questions about the court case at the press view of the Luc Tuymans exhibition The Shore, ‘so if you are good at something in that part of the country (Flanders) you are punished for it’.

The court ruling, which he described as ‘moronic’, found Belgian painter Luc Tuymans guilty for appropriating a photograph of the politician Jean-Marie Dedecker originally taken by Katrijn van Giel for the Belgian newspaper, De Standaard.

For an artist like Tuymans, who is described by David Zwirner Gallery as ‘the most important painter working today’, it’s rather comical being forced to pay 50,000 euros in damages and a further 500,000 euros if any more of van Giel’s work is reproduced. But it also raises serious questions about censorship and an artist’s representation of the world around them. Interestingly, Tuymans’s lawyers Baker & McKenzie launched an interactive guide to fair use laws for artists and other creators last month. 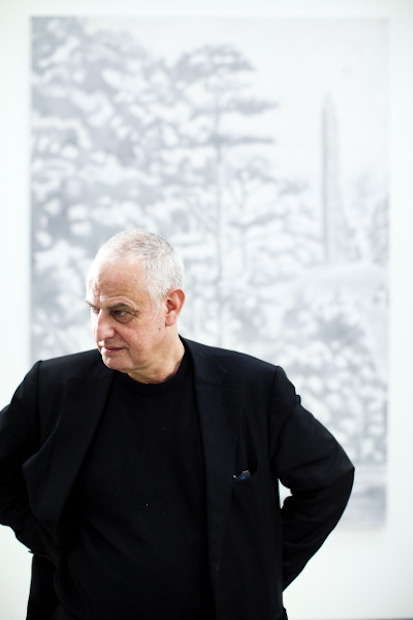 You won’t find the actual Luc Tuymans A Belgian Politician (2011) work at the David Zwirner Gallery London opening (now belonging to the collector Eric Lefkofsky), which Tuymans claims ‘will be a very important historical painting’. However, there are plenty of other examples of Luc Tuymans artwork on display that demonstrates how this artist has made his reputation by creating portraits of other images. He is known for his distrust of images, using photographic material, iPhone pictures, YouTube videos and even polaroids to comment on how history is represented.

In the new Luc Tuymans exhibition London the world-famous painter explores the themes of domesticity and status. Though his paintings are delightfully disorientating in their appropriation of other images, unlike David Hockney’s joyfully vibrant iPad drawings, Tuymans’s work is unapologetically bleak and disquieting.

Perhaps this unsettled feeling is in keeping with Tuymans’s final statement on the case: ‘we will never surrender’.