The Future of the National Theatre: Rufus Norris 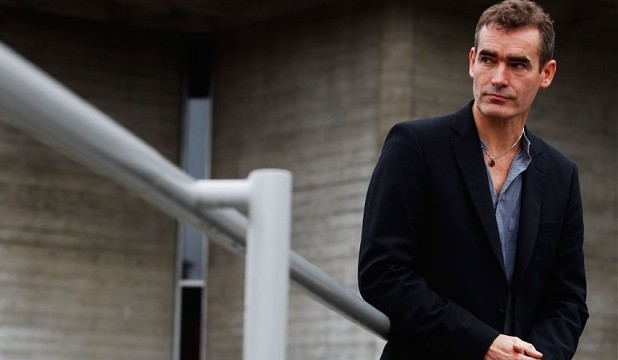 Under Nicholas Hytner’s 12-year reign the National Theatre has flourished. In the face of art cuts and a recession, Hytner’s legacy was to democratise live performance and expand its reach. And with National Theatre Live screening productions in cinemas across the world, reduced price Travelex tickets (£12) and an Entry Pass scheme giving under 25s access to £5 tickets, ticket sales have soared and a broader demographic has been enfranchised.

Having worked alongside Hytner as National Theatre Associate Director since 2011, Rufus Norris is no stranger to the structure of the National and was the insiders’ favourite to takeover in April 2015. Norris ruefully admits that the theatre he is inheriting ‘could not be in ruder health’. Both a blessing and a curse, the continuing success of the National Theatre means that Norris has big boots to fill.

Acting, direction and a flair for musicals: Rufus Norris’ education and experience

Norris is also a bold choice to head the National. He has never managed a venue before, so will be cutting his teeth on the biggest theatre in Britain (the paying audience in 2013-14 reached 4.3 million people). And the 42-year stronghold of Cambridge educated Artistic Directors (Hytner, Trevor Nunn, Richard Eyre and Peter Hall) will finally be broken. Instead of lecture halls and libraries, Norris’s formative years were spent ‘being a painter decorator and playing in bands’. He trained as an actor at RADA and will be the first thespian to take the role since the mighty Laurence Olivier.

But it’s when he moved into directing that Norris really started to make wakes and build a stellar reputation. A Best Newcomer Award for Afore Night Come, Young Vic 2011 cemented his credentials as a striking and skilled director. His subsequent career is dazzlingly diverse, spanning fringe theatre, film, West End, Broadway, and opera. Having directed a show in every one of the National’s performance spaces, he is at ease with the intimacy of The Shed and the vast Olivier Theatre. Norris’s biggest success at the National to date was perhaps the most unlikely: a verbatim musical about murdered prostitutes is certainly brave. But with Norris directing, Alecky Blythe’s London Road was met with a fanfare of five stars and awards and heralded as a revolution in musical theatre. The clamoring ambition necessary to tackle such a bold project was proved to be alive and kicking with the technical marvel of Norris’s latest project, David Hare’s Behind the Beautiful Forevers.

What to expect from Rufus Norris’s reign

The incoming Artistic Director is candid about his own short-comings and admits that he does not feel sufficiently familiar with Shakespeare. But coming from a non-academic background also brings a fresh perspective; after facing criticism for favouring established white male playwrights, the National Theatre is overdue some mould-breaking programming.

Aside from both critical and commercial success, the only thread that connects Norris’s vastly varied career so far is a sense of adventure – an appetite for innovative productions paired with the skills to pull them off. So perhaps the brightest prospect is the inevitable element surprises that Norris’s appointment promises.