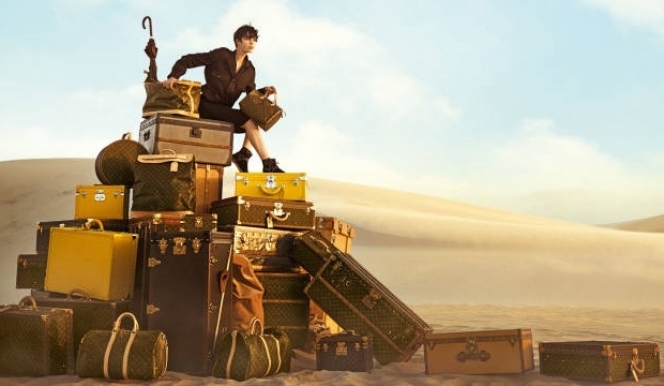 A new year brings with it resolutions and desires for change. Given that 2014 was the undisputed year of normcore, where streetwear and organic, loose shapes were ubiquitous, we predict a movement towards structure and sharp tailoring. This was hinted at towards the end of the year with the new Givenchy campaign in which Julia Roberts stares defiantly into the camera in an oversized and well tailored suit. Indeed, on the catwalk there was also a clear move away from street wear for the 2015 collections. Elaborately embellished, flamboyant and occasionally 3-D midi skirts were shown by the likes of Burberry, McQueen and Erdem, suggesting that making an effort is essential in 2015. Geometric silhouettes and cuts also featured heaving in the S/S '15 shows, with high waists at Balmain, sharp edges at Philip Lim and structured jump suits at Marios Schwab.

DO IT WITH FLARE 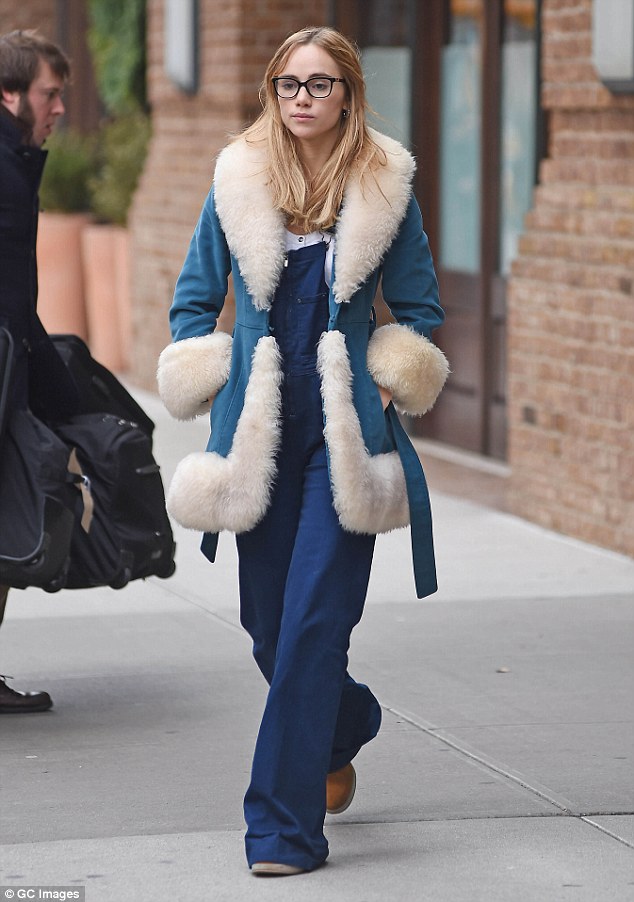 All hail the flare, 2015's must have jean. The flare has been around for a while. It was notably dabbled with in 2007, when they enjoyed a short stint in the spotlight before being commandeered by WAGS including Cheryl (then) Cole and Victoria Beckham. Now they're back, surpassing the skinny and boyfriend styles in kudos, and this time you don't even have to dress them up with a pair of stilettos to make them work. In 2015 one can unapologetically channel Velma from Scooby Doo (flats, flares, thick glasses): the 70's will tide you into the new year, with the flare as your must have transition item.

Fast becoming the most lucrative industry to be in, 2014 was a good year for wearable technology. Given that we've already seen the introduction of Opening Ceremony and Diesel smart bracelets, Ralph Lauren handbags complete with internal phone chargers, heat tech polo necks at Uniqlo, Google Glasses and Apple icontacts - to name a few - we predict a continued surge in the integration of technology, clothing and accessories. Whilst 2015 may not be the year that every women has a portable charger in her handbag, it will certainly see brands monopolise on the opportunities that this new technology affords. In particular watch out for innovation in textiles, such as the 4-D printed dress from MiT students Jessica Rosenkrantz and Jesse Louis-Rosenberg.

"Fashion is a mirror, so all it has to do is reflect the mood of the moment", wrote Tim Blanks recently. With a General Election in 2015, in which a coalition government is likely, fashion's reflection is likely to be similar to that of the last four years. For the younger generations, mainstream fashion will reflect an apathy to the political situation, channelling sameness and uniform over controversial statement. However, this uniform will become extreme this year, as niche trends such as Health Goth come to the fore, and monochrome sportswear becomes the ultimate statement of disengagement from political life. For those wishing to make more explicit political comment, 2015 provides an opportunity to reflect on the Scottish referendum 2014. Ideas of national identity and nation hood may well be picked up on by British designers in next season's catwalk shows.

Every year brings with a crop of exiting new talent. However Fashion East 's designers are particularly exciting at the moment. Having previously promoted the likes of avant garde designer Gareth Pugh, along with others such as Marios Schwab, Louise Goldin, Roksanda Ilincic and Meadham Kirchhoff. This year pay attention to womenswear designer Helen Lawrence who's mismatching shapes create exciting silhouettes, and menswear designer Craig Green. Also watch out for recent Central St Martins Graduate Barbra Kolansinki, her playful use of tartan and use of bright fur are to die for.

More established, we predict a big year for Simone Rocha. With a successful collaboration with J Brand Jeans at Dover Street Market this year, her romantic designs are re-establishing ideas of femininity for the modern woman. With Luella Bartley at the helm, we also predict that Marc by Marc Jacobs will re-establish itself as the go to brand for the fashionable Brit.

Click below to see more of our roundups of the best things to do in London 2015:
The Best Dance 2015