Looking ahead: our favourite family events coming up in 2015

From enlightening exhibitions to immersive theatre adventures, there's plenty to inspire and entertain children in London next year. 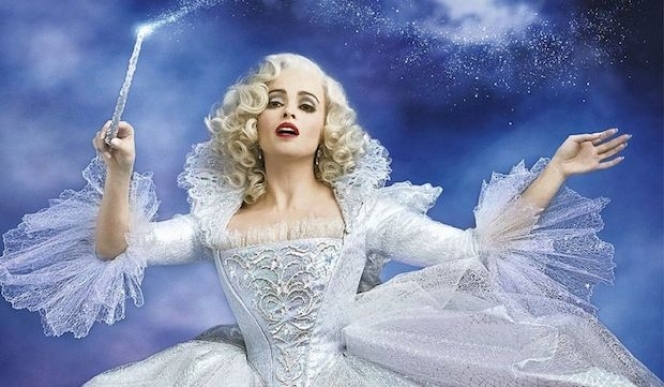 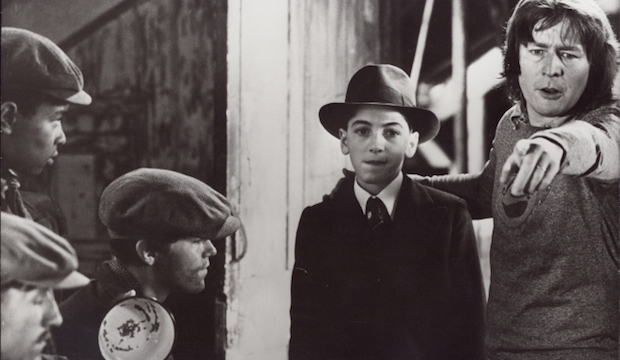 SirAlan Parker’s ingenious gangster musical comes to the Lyric Hammersmith next April to celebrate the opening of its brand new £16.5 million extension. The theatre's Artistic Director, Sean Holmes describes it 'the quintessentially Lyric show: celebratory, inclusive and surprising'. Setin prohibition New York, Bugsy Malone plays upon the glamour and violence of the era with its own Speakeasy, Fat Sams and plenty of illy custard-shooting splurge guns. Combined with an exuberant songbook featuring classics such as 'we could have been anyching that we wanted to be' and 'my name is Tallulah', this sweet and silly show will charm children ages seven and up.

Roald Dahl's most gruesome twosome get a mischievous makeover 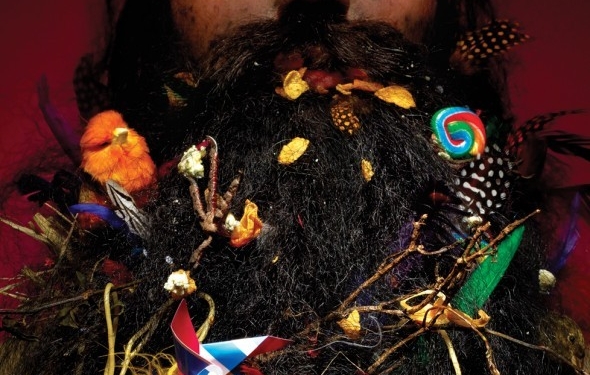 Meet Mr and Mrs Twit: mess of tangled, food-crusted beard, an eerie glass eye and hideously gnarled features that reflect their even uglier thoughts. This disgusting pair hate each other. But they are even more vile to others, particularly their pet monkeys, the Muggle-Wumps. In true Roald Dahl pizazz, this gruesome twosome get their comeuppance as their victims revolt and leave Mr and Mrs Twit in a very sticky situation... This much loved Children's book is adapted and brought to life on the Royal Court stage by Enda Walsh. Known for his momentously successful Broadway adaptation of Once along with challenging and intellectual plays such as Ballyturk, we're fascinated to see how this ever-imaginative writer will update and enliven Dahl's story and turn his talent to captivating children ages eight and up.

The history of the home is explored on the smallest scale 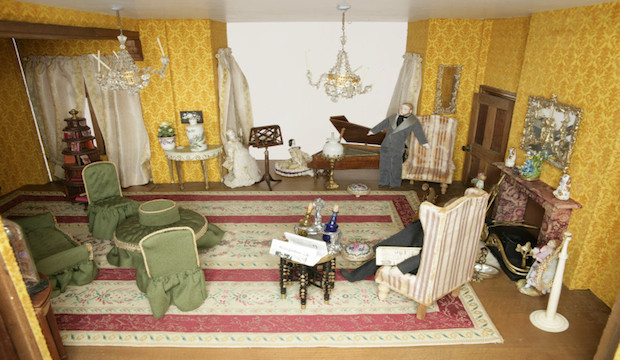 This winter at the Museum of Childhood, a dozen miniature houses built over the last three centuries and their diminutive inhabitants will be opening their doors, welcoming you in and telling you the secrets of how they lived. A feast of detail, history and storytelling, this exhibition will delight both children and older visitors. These little dwellings have so many stories to tell – not just about toys and childhood, but architecture, family structures, domestic life and how people have lived throughout the ages. There is also an incredible variety from country mansions, Georgian town houses and high-rise flats to a multi-coloured kaleidoscope house filled with designer furniture and artwork. There’s something a little bit unnerving about the obsessive detail that goes into the creation of each doll's house, which in this case only adds to their gravitational pull. Small Stories has lovingly restored these details, giving us more to see than you might think.

An updated fairytale sparkles on screen

In cinemas from 13th of March 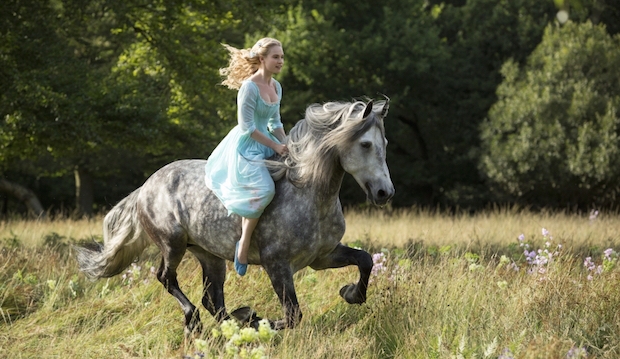 Cinderella is the latest Disney classic to receive the 'live action' treatment, and, with the trailer earning over 4 million views in just 24 hours, it's safe to say that fairytale charm shows no sign of waning. In fact, this first peak promises something really rather special. First of all there's the man at the helm: director Kenneth Branagh, who proved himself more than capable of handling big-budget fair with his bombastic superhero-hit Thor. He's stayed refreshingly immune to the Hollywood trend of 'dark and gritty' re-boots, aligning his Cinderella with the splendour and heart of the 1950's animation. Indeed, the trailer boasts a jewel bright, Tim Burton-meets-Botticelli aesthetic so luxuriant you want to touch the screen, and a cast so dazzling the slipper should feel threatened.

There's last year's Oscar winner Cate Blanchett as the wicked stepmother, who, kitted out like Marlene Dietrich, looks set to replace Cruella as the stylish face of sadism. Everyone's favourite fairy godmother is played by Helena Bonham Carter. To add glitter to sparkle, veterans like Stellan Skarsgard and Derek Jacobi adorn the distinguished supporting cast, in a lineup surely indebted to Branagh's prestige. And what of our eponymous silver-slippered heroine? Enter rising star Lily James, whose presence as the English rose of Downton Abbey has quickly courted attention from across the pond, whose upcoming role in much-hyped adaptation of Pride and Prejudice and Zombies exhibits a remarkably quick succession through some of young Hollywood's most in demand roles.
A trip to the museum becomes an exhilarating immersive adventure 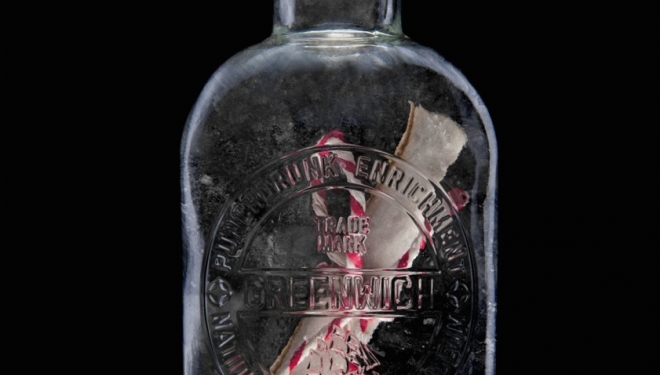 Theatre and history collide as immersive experts and history buffs transform a trip to the National Maritime museum into a dramatic high seas adventure, full of intrigue and imagination. Combining the creative expertise of the folks at Punchdrunk, who bamboozled and bewitched grown ups in 2014 with the magic of A Drowned Man, and the rich history contained in the National Maritime Museum, this special exhibit brings to life the wealth of treasures ensconced in the museum, for kids aged six to twelve. The museum houses the largest collection of maritime artefacts in the world, so you'll get lost amongst authentic props and backdrops: expect to battle the waves, captain ships and map the stars, because, knowing Punchdrunk, the children will be more than mere observers. Families will be thrust into the centre of the action and woven into the narrative. It will be exhilarating, all-encompassing and occasionally scary

Neverland is brought to life in Regent's Park 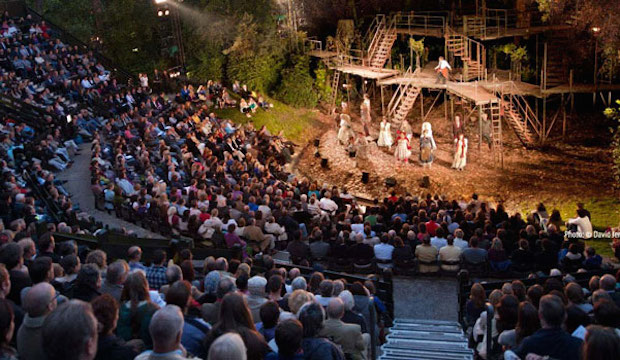 Peter Pan has become so embedded in our imaginations that it feels like we know him; the character of the boy who never grows up, flying and scraping through danger without care or responsibility, feels more present than any of his individual representations on the page or screen. So it’s easy to forget that his first appearance was in fact in a stage play written in 1904; it was so popular that J.M. Barrie then novelised the story and added some short sequels. And Regent’s Park Open Air Theatre will open this year with a production of this original, promising a Never Land where ‘danger stalks dreams and adventure breeds mischief’.

Recently there has been focus on the biography of Barrie himself, with the 2004 blockbuster ‘Finding Neverland’, so it will be interesting to see if director Timothy Sheader brings in any of this context. His ‘To Kill a Mockingbird’ started with performers within the audience, reading copies of the novel. So we expect a ‘Peter Pan’ that will marry self-awareness with the protagonist’s naivety, bringing some darkness to the nippy Spring air at the start of the open-air season. We also can’t wait to see how the performers manage to fly without a roof to hang from!