Escape the piles of wrapping paper and catch a film after Christmas in London, from retrospectives at our favourite film institutions to hot new releases in UK Cinemas. 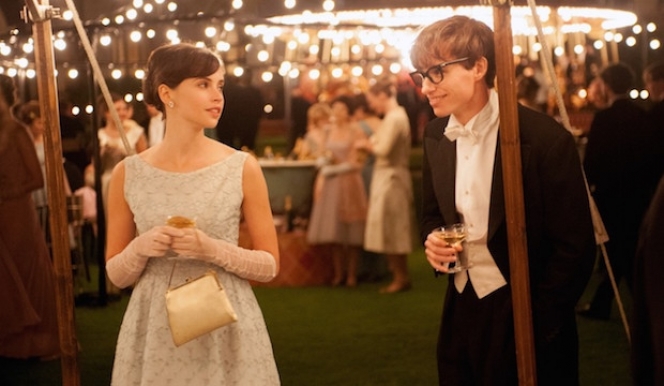 Eddie Redmayne and Felicity Jones star in Hawking biopic A Theory of Everything
If you're stuffed full of Turkey and suffering from post-Christmas blues, why not lose yourself in a great film? We've handpicked some of the best films screening at London cinemas between Christmas and New Year, from one-off screenings of family favourites to last-chance hits of 2014, or some of 2015's exciting new releases, to kick off the new year in style. From cult classics to hit new releases there's something for all ages, moods and tastes. 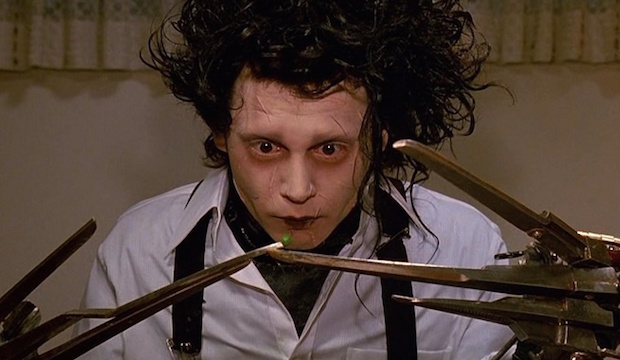 Tim Burton's iconic contemporary fairytale is celebrating its 24th birthday this year. If you haven't had a chance to catch the award-winning ballet adaptation at Sadler's Wells (or perhaps especially if you have) then this poignant, funny and heart-wrenching tale of an innocent visionary struggling in an unforgiving world is definitely worth catching. Starring Burton favourites Johnny Depp and Winona Ryder, this bizarre cult classic is the perfect family Christmas trip. Screening at the ICA from 23rd-30th December. Prices from £3-6. 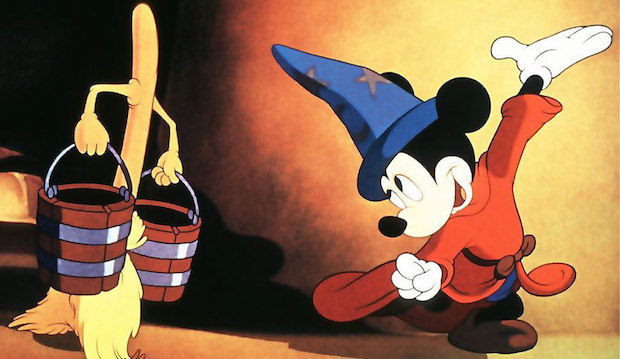 Disney's masterpiece returns to the big screen again after over sixty years. The 1940 groundbreaking animation was a true cinematic milestone, showcasing astonishing technical marvels accompanied by a spectacular score that has given the film true timelessness. For adults looking for a dose of nostalgia as well as inspiring awe in children the film has lasted in such a way that one can scarcely believe its initial commercial reception was such a failure. Fantasia will be screening at the BFI Southbank on the 27th of December at 2.20pm 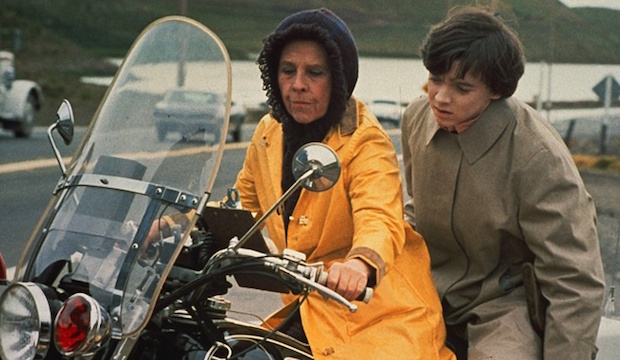 Cult classic Harold and Maude is enjoying a revival at the ICA this month. Hal Ashby's cult black comedy sees Harold, a rich young boy with a death wish, and Maude, an eccentric 79 year old woman, find love, to the disgust and disapproval of Harold's family (and his shrink). This unconventional yet heartwarming film is supplemented with the lilting musical accompaniments of Cat Stevens. A bildungsroman with a strange twist, Ashby's 1971 classic has earned a place in cinematic history and will be playing at the ICA (with a special discount for members) on the 28th December. 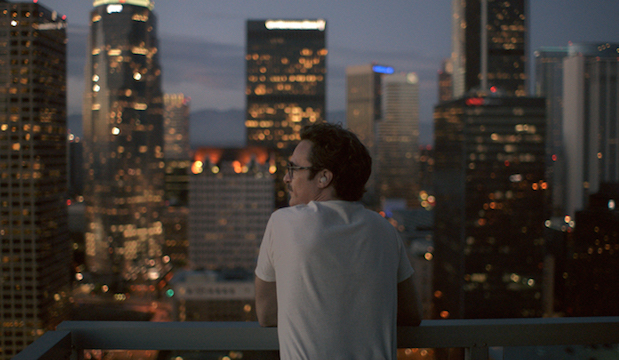 Her had a fantastic reception, scooping an oscar for Spike Jonze' screenwriting as well as four other nominations, and won best screenplay at the Golden Globes. Spike Jonze made his name as writer Being John Malvovich, Where the Wild Things Are, Adaptation, the film is an unconventional love story about a lonely man who falls for his computer. With a star cast that includes Joaquin Phoenix, Scarlet Johansson, Amy Adams and Rooney Mara, and music composed by Arcade Fire, this is a film that has got everyone talking. It showcases Jonze’s trademark flair for imagination, humour and originality in is a modern-day story that asks questions about the way we relate to technology, as well as being a timeless tale of love and yearning. Jonze recently described how the heart of the film was about the need for intimacy and the things that prevent us from connecting: feelings which have existed ‘for as long as we’ve existed.’ With stunning visuals, an inspirational soundtrack and heartfelt performances from its stellar cast, Her is definitely one to catch on the big screen. 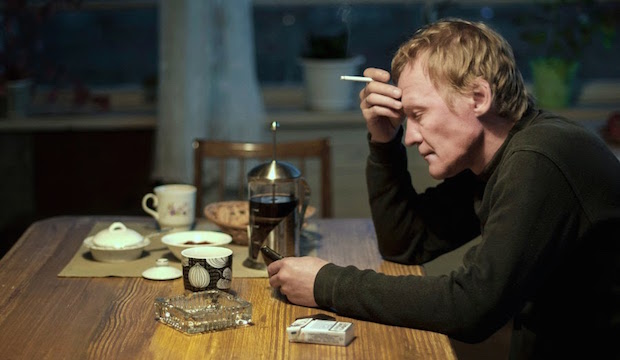 This coarse social drama is a compelling insight into the Russian culture of male bravado, leading its viewers on a journey of biblical proportions to address Putin’s corrosive regime, presented starkly and unapologetically by Russian director Andrey Zvyaginstef.
Leviathan depicts a man's struggle to defend his home from acquisition from by the town's mercenary mayor (played by the brilliantly wicked Roman Madyano). Black comedy meets social commentary in Zvyaginstef's bleak world of blackmail and state corruption, a world that repeatedly challenges and enthralls its audience; stunningly shot and powerfully told. 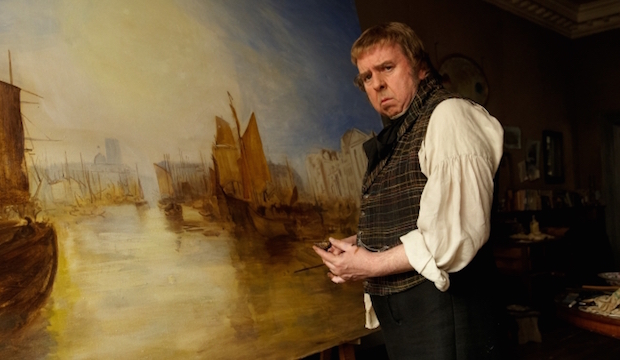 If you missed the film. BFI last chance to catch on January 1st. Mike Leigh's film was this year's biopic to remember – a tender and realistic portrayal of the life of visionary artist J.M.W. Turner. The film reveals the intimate life of this passionate and intense master of landscape, delving into the raw human emotions that forged his life. Timothy Spall empathetically and realistically portrays the ultra human defects of the legendary painter and leaves us fascinated by the patchwork of extraordinary experience that formed his character.

The Theory of Everything 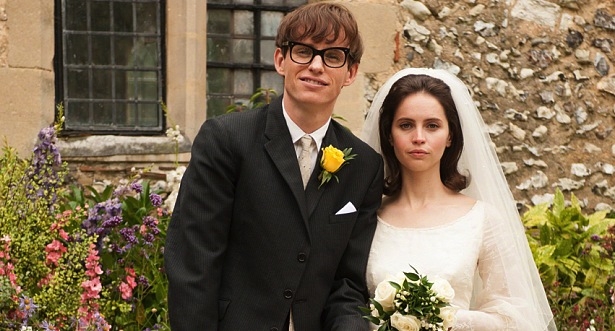 Few of us are unaware of the tragically ironic experience of Professor Stephen Hawking – one of the world’s greatest minds, muzzled by one of the world’s most devastating diseases. But James Marsh’s The Theory of Everything is a unique, touching and tactful take on a well-known story. Inspired by the memoir Traveling to Infinity: My life with Stephen, by Jane Hawking, the film deals with the pair’s relationship at the onset of the motor neuron disease that threatens to ravage their peaceful family life. Starring Eddie Redmayne (My Week With Marilyn, Les Miserables) as Hawking and Felicity Jones (Breathe In, Like Crazy) as Jane, it is the love story between the two brought to the fore in this moving biopic. Oscar buzz is already arising for Redmayne's realistic portrayal of both a complex man and a complex disease. Due for release in London cinemas on the 1st of January. 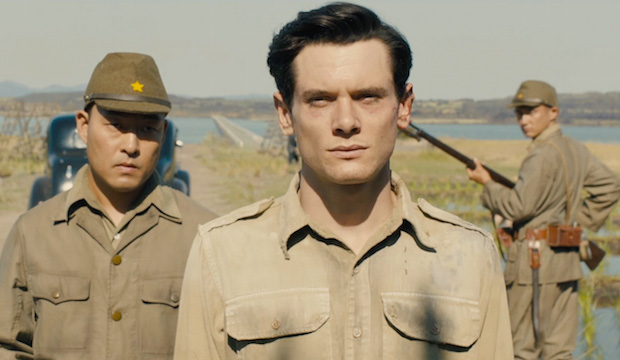 Angelina Jolie's third directorial role comes in this World War II drama which follows the life of Olympic athlete and prisoner-of-war
Louis Zamperini, a tale so extraordinary it’s almost surprising that Hollywood hasn’t told it sooner. Assuming the lead role is Britain’s rising star Jack O’Connell (Starred Up, ’71) and indie favourite Domhnall Gleeson (Frank). The film takes us on a turbulent journey from the backstreets of California, where a young Zamperini is pictured dodging police and peeking up women’s skirts, to scenes of his prowess at the Berlin Olympics. From there we come to the forty-seven days that Zamperini spent on a raft in the midst of the pacific ocean, and finally to the grim torture cabins of a Japanese POW camp. Jolie’s film is a tale of relentless human endurance, and her capacity for hard-hitting storytelling, along with her natural eye for the film's aesthetic, are put to powerful use in this her latest creation. 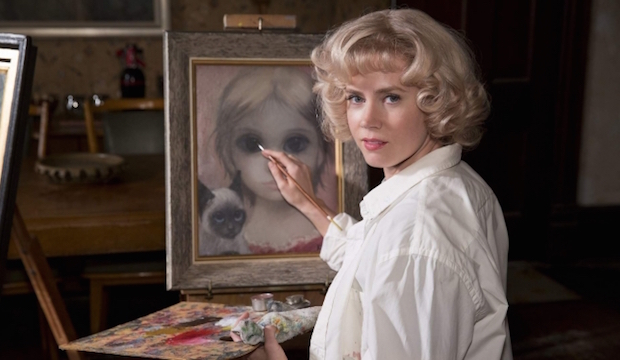 Big Eyes follows the emotional real life story of Margaret Keane as she takes her husband Walter to court over his fraudulent sales of her artworks. The casting of Amy Adams and Christopher Waltz in the lead roles is exciting not just for their past achievements but also  marks a welcome departure from Burton’s go-to leading man Johnny Depp. With a reported budget of only $10m many are wondering if this could be a renaissance of the smaller-scale, heartfelt Burton classics of the past. The absorbing nature of the story, detailing Walter’s cruel insistence that his wife was mad brings a darker element to the famous court case. Hopefully, though this will prove more than just a good story and Burton’s eye for the extraordinary will bring out the macabre cynicism of Walter and the flashes of genius in Margaret.

Birdman or (the Unexpected Virtue of Ignorance), 1st January 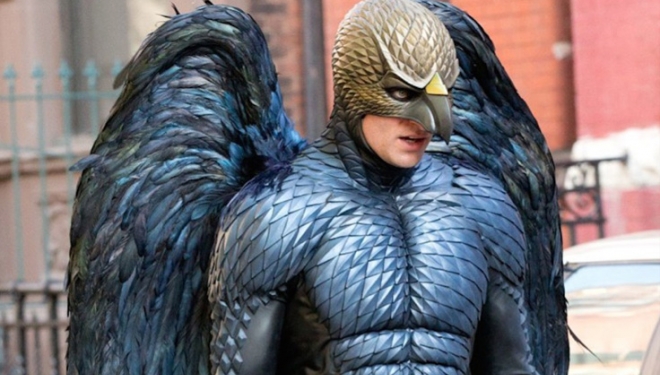 January sees the release of Mexican director Alejandro González Iñárritu's fifth film (dir. Amores Perros): the enticingly named Birdman or (The Unexpected Virtue of Ignorance). The film tells the peculiar story of Riggan Thomson, an actor famous for his portrayal of a superhero named Birdman. In a desperate bid to save an ailing career, Thomson stages a Broadway adaptation of the Raymond Carver story What We Talk About When We Talk About Love, all the while conversing with the ghostly voice of the superhero he once played. As premises go, this surely ranks amongst the strangest of the year. Michael Keaton, who is himself famous for playing Batman, is appropriately cast as Thomson, and is accompanied by an impressive supporting cast, which includes Edward Norton (Fight Club), Emma Stone (Superbad), and Naomi Watts (Mulholland Drive.) Having attracted praise for its creativity and ambition, and its impressive cinematography, the film has been nominated for a string of Golden Globes including best director. A darkly comic twist on the superhero movie with strong psychological undercurrents.