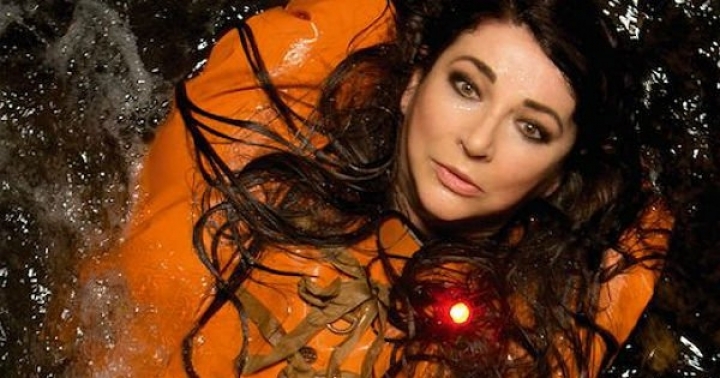 Top Ten: Gigs of 2014
Nothing beats hearing music live. In an age of Spotify and Beats Headphones, Autotune and skullduggery, gigs still offer the immediacy and sense of communion that they always have. There is still a huge appetite for live music: audiences haven’t become apathetic and bands gain huge followings. London’s gig scene is as healthy as ever.

Here’s some of the best live music London had to offer in 2014.

Husband and wife Country duo Handsome Family recently found a new audience, after Far From Any Road became the theme tune for HBO’s True Detective. At Islington Assembly Hall, though, their cult following was in evidence: the master and mistress of modern Southern Gothic inspire devotion. The fans were not disappointed: The Handsomes put on a wonderful show, summoning deepest darkest Alberquerque to Upper Street with with their sinister Country vision.

Anna Calvi has that rare quality in an artist that makes you believe she wouldn’t survive if you stopped her from doing what she does. It is her combination of passion and talent that make her such an enthralling live musician. Her rock music is heavy with emotion and possesses a beguiling grandeur, clinched by her measured, spacious guitar and carnal voice. This is elemental stuff: jump at the chance to see her live.

Indie Gods Arcade Fire riveted their Hyde Park audience this summer, where they ended Reflektor tour. Even though they’ve hit the big time and Reflektor was their most polished output to date, Arcade Fire haven’t lost their weirdness. They still have the cutting edge that makes them such a fascinating prospect. The married couple at the band’s core, Win Butler and Regine Chassagne gave outstanding, animalistic performances.

Julia Holter makes enormous, impressionistic music; a product of her CalArts composition degree, ear for melody and experimental tendencies. Her Barbican concert, where she performs music from her first three albums (Tragedy, Ekstasis, and Loud City) in chamber arrangements with Berlin Orcherstra s t a r g a z e, was transcendent. We saw at least ten people walking out in tears, post-finale.

6.Wynton Marsalis and the Jazz at Lincoln Center Orchestra, Barbican

The Jazz at Lincoln Centre Orchestra are they best big band in the world. Led by trumpeter Wynton Marsalis, they set the Barbican Hall alight this summer, in a collaboration with Pakistan’s Sachal Jazz Ensemble. The East-West meeting was magic: two ensembles from two corners of the globe, sustaining one another, walking on common ground.

Rock ‘n’ Roll survivor Courtney Love is the most raucous she’s ever been –and all the more appealing for it. She captivated the sweaty, thrashing Shepherd’s Bush crowd with her pop punk. Her latest single You Know My Name had its first UK outing, but it was her extensive back catalogue that dominated the immensely satisfying shambles.

Everyone’s talking about FKA Twigs, the futuristic R&B phenomenon whose first album, LP1, should have won the Mercury –and was our favourite record of the year. Her angelic falsetto, paired with her earthy movement (she is a trained dancer) make for an electrifying live show. Weird and achingly sexual, Twigs is 2014’s most interesting newcomer.

Americana’s hearth-dwelling, suede-clad superheroes triumphed at Shepherd’s Bush Empire last spring. The quiet Texan quintet has a close bond with the UK: perhaps we lap up their Eighteenth Century sensibility and imagery more readily than America. Anyway, what matters is that they’re a top-notch live outfit and the livelier numbers on their latest album Antiphon brought this to the fore.

Last March, the reclusive Kate Bush, announced a 22-date residency at the Hammersmith Apollo: her first live dates since 1979. 100,000 tickets sold out in under fifteen minutes. It became one of the most anticipated shows of the century. And my, what a show it was. Part nightmare, part theatre: the stagecraft was spectacular. There was a helicopter, a sea, birdmen, a boat, astounding visuals. But none of this could distract from Bush’s performance . Aged 56, her voice is the same as it was when she first sang Wuthering Heights at 18. Her son Bertie was, touchingly, heavily involved This show will go down in history. Film crews were there, so if you didn’t make it (may we offer our condolences) you’ll be able to watch it at home.