You Me Bum Bum Train: What's all the fuss about?

EDITOR'S PICK: Red hot immersive theatre that deserves the hype: You Me Bum Bum Train London 2015 tickets will sell out in seconds. Don't miss out... 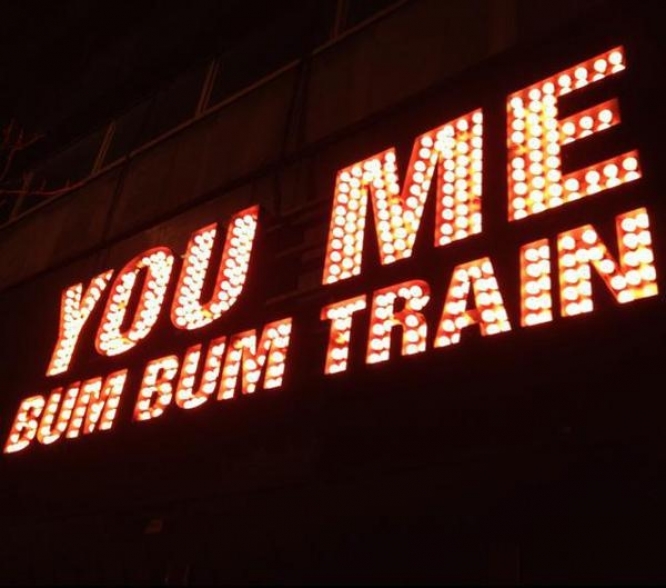 You Me Bum Bum Train: What's all the fuss about?
Last time, The Guardian chose it as their show of the year and gushed "it not only lived up to the hype, but utterly blew it away." The Telegraph called it "a wonderful dream, where you might have to face your fears and live out your fantasies." This Sunday, tickets are released for the underground show that broke the mould –and makes Punchdrunk look tame.

Co-creators Kate Bond and Morgan Llloyd have never revealed how they came up with the title of their show, which doubles as the name of their company. Perhaps they assumed they would never reach a mainstream audience, be written about in newspapers, win both the prestigious Oxford Samuel Beckett Theatre Award and the Evening Standard Best Newcomer Award. They were wrong.

You Me Bum Bum Train -spoilers not allowed

You Me Bum Bum Train are the words on everyone’s lips as we enter the final days before tickets go on sale for the 2015 incarnation of their show, at an undisclosed location (all we know is that it will be in central London).

Although audience members are sworn to secrecy, the concept is now common knowledge; visitors go on a 40 minute journey, moving through spaces in which they themselves take on different identities. So you might step through a door and find yourself giving an interview in front of paparazzi or interviewing an inmate behind prison glass. The ‘theatre’ here is in the surprise; how, or if, you ‘act’ is up to you.

Like Punchdrunk, this magic is only made possible by the work of hundreds of unpaid volunteers with terrific stamina. Unlike Punchdrunk, there is a dramatic progression to this experience, as you move from environment to environment. YMBBT have evolved a style that captures something of our everyday lives today, constantly plunging us into different worlds, in cities, TV sets, phones and online. And audiences are being given the most essential of theatrical experiences; imaginative investment in another’s experience. Perhaps, despite the name, Bum Bum Train are not so left-field after all!

BREAKING NEWS: due to what they describe as 'some venue hiccups', YMBBT have delayed ticket sales. The team ensures that they should still be full steam ahead for a show in spring 2015, so watch this space for an update about booking dates...