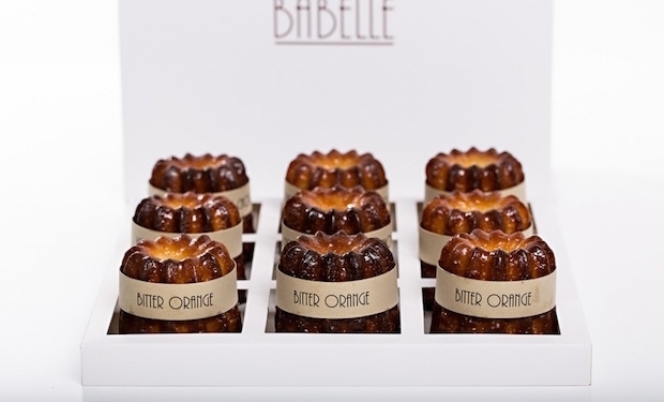 Babelle Canelés
The latest in sweet treats comes in the form of Babelle's unique Canelés.

These rich mahogany delicacies are wonderfully soft and sweet. Once you've sunk your teeth into the crunchy, burnt sugar shell you'll be met by the canelé's sweet custardy heart.

These caramelised creations are a traditional sweet delicacy from the Bordeaux region of France. The original includes Rum in its recipe, but Babelle have made their Canelés more versatile: as well as the classic canelé, Babelle has created an innovative, modern range of flavoured andcream-filled canelés with 'an eclectic twist of world flavours'. Their collections include floral flavoured treats; fruit canelés and ganache sensations. They also offer a range of luxurious sweet caramel sauces to accompany the pastries.

The team behind the London based company is made up of executive chef Philippe Moulin,a leading member of the French Culinary Academy, and Nicolas Wetter, who started his culinary experience creating and running a French Bistrot in Mexico before working as a consultant for restaurants around Latin America and Asia.