The Tate gets into Gaming 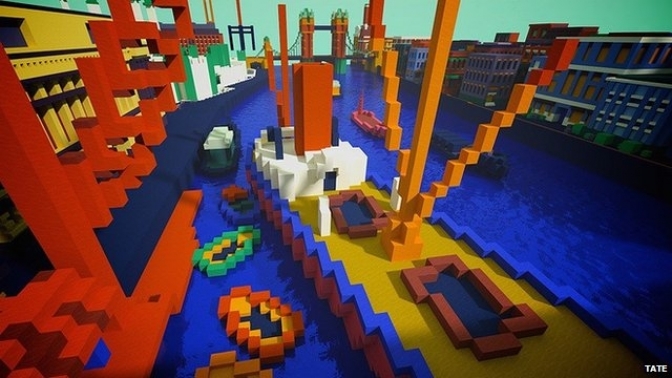 Minecraft world based on Andre Derain's 1906 painting The Pool of London
“What is Minecraft?” you might ask. Or perhaps "why has Tate has collaborated with the 2011 game of the year?"

Fear not; the Director of Tate, Sir Nicholas Serota, has not gone completely lost the plot. Rather, he’s found a nifty way to engage gamers and kids with art they might otherwise not have come across.

Once downloaded, users will be able to construct and alter their environment by positioning blocks- much like the original Minecraft, which is now the second-best selling game in history.

In the first two downloads released, Tate Worlds plays with the theme of Cities to bring works by French fauvist painter André Derain and World War I artist Christopher Nevinson to life. Players will find themselves in the worlds of Victorian London and the roaring twenties in New York; exploring the historic sites of each city and, most importantly, discovering how each painting was made.

The innovative and lively project is a fantastic way of teaching young people about art in a language that they will understand and makes a positive statement on the continuing rise of Tate’s importance amongst international institutions.