Of all the exhibitions in London this winter, the Howard Hodgkin Gagosian show is a masterclass in modern painting 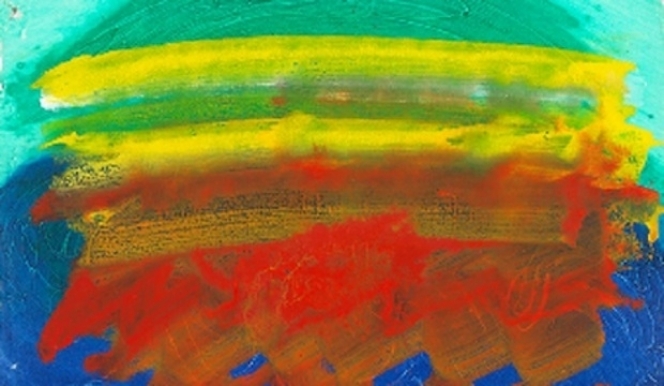 HOWARD HODGKIN, Party, 1990–91, Howard Hodgkin: Indian Waves, Gagosian Gallery London
Howard Hodgkin is enjoying something of a revival at the moment. This year he won the inaugural Swarovski Whitechapel Gallery Art Icon award, and enjoyed his first solo exhibition in Paris with Gagosian. Now the powerhouse contemporary art gallery in London is displaying a series of paintings inspired by Hodgkin’s various trips to India. With over 30 gouache paintings made between 1990 -1991 and largely forgotten for over 20 years, this exhibition in London is a master class in painting.

Howard Hodgkin: at and career

At 81, Hodgkin has forged an illustrious career. Coming to prominence in the late 1980s after he represented Britain at the Venice Biennale in 1984, Hodgkin went on to win the Turner prize in 1985.

Although often termed as abstract, Hodgkin describes his work as representational of emotional situations. Indeed, the vigorous colours and warm sensuous hues of his canvases at Gagosian bring to life the romantic names of paintings such as Mumbai Wedding, Night Falls and Chowpatty Beach.

Looking at his work, it’s easy to see why the poet Seamus Heaney once said that Hodgkin celebrates what Dylan Thomas called the ‘force that through the green fuse drives the flower.’