EDITOR'S PICK: Our selection of the best Christmas markets in London, along with restaurants and foodie events that will have even scrooges salivating. 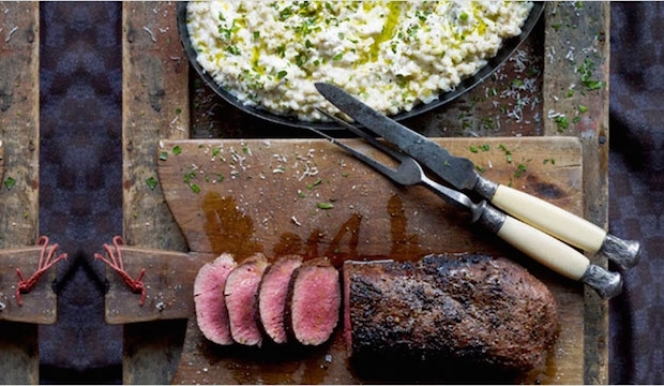 The Wild Game Co.'s venison is a rare treat
For those on the hunt for festive treats, look no further. We’ve suggested some of London’s best food markets, events and restaurants to get you in the Christmas spirit. And if you don’t feel like cooking, we’ve a few suggestions on where to book a sensational Christmas dinner, London 2014.

The Southbank Centre's Real Food market is adopting its usual festive garb this November. They've specially extended the opening hours and will be purveying a huge selection of Christmas goods, in what we hope will be a mouth-watering affair. From hand-packaged chutneys and pickles to stocking-fillers and sweet-treats for enjoying on the spot, the occasion will suit those who want to do their christmas shopping in a relaxed atmosphere. The gastronomical treats on offer include wild game, charcuterie and organic cheeses, along with traditional mince pies and mulled wine. The market is always a favourite for noses and tastebuds; the CW team recommends popping down to Southbank in the run-up to December and indulging in some Christmas nibbles.

This festival is a chocoholic’s dream, as the biggest chocolate show in the UK comes to Islington in December. Highlights include The Tasting Lounge with Seventy%; The Hot Chocolate Trail, which leads guests on a quest to hunt down their favourite cup of cocoa from the festival's huge selection, and of course, The Chocolate Market, selling artisan Christmas treats from Britain's top chocolatiers. Definitely one to get the spirits up.

After four incredibly successful years promoting the best in Scottish game around central London, The Wild Game Co. is bringing its superb menu to Charlotte Street in Soho this winter. Having taken home the ‘Street Food of the Year’ gong from the British Foodies Awards, they’re going to be in hot demand for the Christmas season with their wild venison roasts, burgers and stews. Christmas party bookings and menu are available upon request.

Kew Gardens is hosting an eclectic Christmas trail, with a Christmas grotto, carousel and family rides, as well as plenty of boutique food stalls to feast upon. Try traditional mulled wine, spiced cider, or hot chocolate, as the aroma of roasting chestnuts and toasting marshmallows fills the air. There are also plenty of gifts on offer at their shops and stalls.

These three quintessentially British television personalities will be taking part in a series of Christmas book signings this December. Tom Kerridge is first, known for his grand flavours and beautifully crafted yet accessible dishes. His new book details Kerridge's special take on classic favourites such as lasagna and chocolate tarts. Next is gastronomic genius Heston Blumenthal, who will be signing copies of Historic Heston, in which he sets out to reclaim traditional British Cuisine, with breathtaking food photography. Finally, the Great British Bake-Off's Paul Hollywood will be signing copies of Paul Hollywood’s British Baking, which features a range of sugary Christmas treats. The books will make for great gifts and christmas inspiration. £40 for all three events, with copies included.

Hackney are encouraging shoppers to go Deutsch this Christmas, at their vintage German market ‘Dusty Fingers’. In addition to the abundance of vintage clothing stalls there will be all things deliciously German: Bratwurst, waffles and, of course, plenty of chocolate. They suggest showing up with an empty belly and indulging in these warming winter treats. 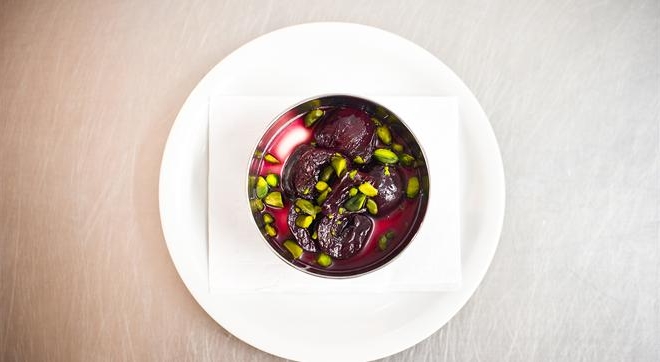 Marylebone’s fashionable restaurant Carousel is proud to present a season devoted to busting the Christmas menus. As they put it, ‘no stuffing, no sprouts, and definitely no mince pies’. A number of celebrated chefs will be setting up camp in the kitchen, including sensational Selin Kiazim whose food Giles Coren described as ‘dishes with the potential to change lives’, with barbeque inspired menus that include hand-chopped venison, bulgur wheat and Urfa chilli tartare, and Çemen glazed lamb cutlets. Following her, Carousel’s resident duo Ollie Templeton and Max Pasetti will be serving up a feast of winter dishes, such as cured and charred mackerel with fennel, mint, grilled orange and shallot vinaigrette, or slow-cooked rabbit with pickled carrots, chervil and sourdough toast. This extravagant Christmas-themed dining club is definitely one to keep an eye on.

Borough Market will be opening its stalls for longer this year with special hours so you can enjoy the treats they’ve got in store. We recommend Scotchtails, where Culture Whisper members can use their membership cards to get an exclusive discount on their tasty artisan scotch eggs.

Back this winter after a year’s hiatus, Italian supperclub Forza Win will be hosting their celebrated Forza Win(ter) Fonduta nights again from the end of this month. Held at their new home on Peckham’s Copeland Road, recently transformed into an Italian banqueting hall, each supper will consist of five different courses, and centre around a huge, bubbling pot of Fonduta, the northern Italian twist on fondue. Yum.

FOR CHRISTMAS DINNER: The Bull and Last, Highgate

A new favourite of Culture Whisper's, Highgate's historic pub, housed in a 19th century coaching house, is the perfect host for a traditional christmas dinner. Just a stone's throw from Hampstead Heath, their menu is one of North London's finest, with locally sourced dishes and a selection of craft ales. Guests can hire out the cosy décor of the Stag Room for intimate Christmas dinners, or eat in the grandeur of their upstairs dining room.