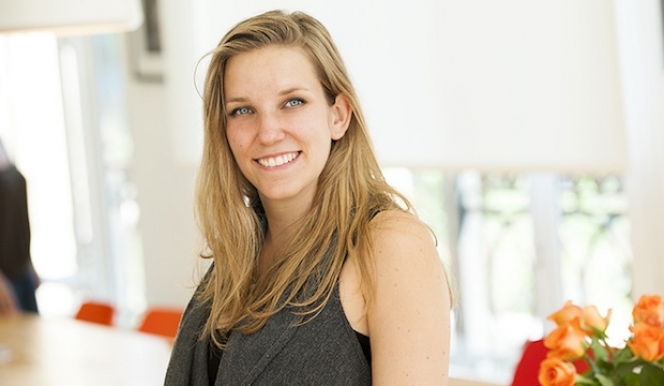 Bernadine Bröcker: my London cultural life
Bernadine Bröcker is the young founder and CEO of Vastari, a new start-up that connects private collectors with the world’s most important museums and institutions. Since the website launched in 2013, Vastari has garnered rave reviews from curators like Alessandra Galasso of the Museo 900, Milan. ‘On the one hand (Vastari) feels like Ali Baba’s den, on the other hand, (it) stimulates creativity, enabling curators to think of thematic exhibitions that cut across disciplines.’

Bernadine comes from a background in the commercial art world, and was part of the core team setting up an Impressionist and Modern gallery in London in 2010. She is also a scholar of art history, a graphic designer and originally trained as an illustrator.

The Wallace collection is a really special collection. The man who founded it insisted that it had to stay in the same spot forever (he was also competing with King George IV to have the best collection in London). For me it epitomises male pride. But funnily enough, a lot of things there have to do with women – there is a room that has more objects from Marie Antoinette than any room in France. The museum also holds great monthly seminars on the history of collecting.

The Churchill War Rooms are magnificent. When you live in London you think about it as a tourist attraction and you don’t really go, but it is wonderful curating. You have objects, recording, videos, and of course, you are immersed in the space, so you feel the atmosphere. Curators now are very interested in the relationship between technology and art, the use of multimedia and how to create an immersive atmosphere. I think there is a lot to be learnt from that place.

I used to live in Battersea, and crossing Battersea Bridge is my favourite view of the Thames, with Albert Bridge in the background. I miss it.

Ceviche in Soho. I know ceviche, and I think this restaurant offers a very interesting interpretation of the Peruvian dish.

Ciao Bella on Lamb’s Conduit Street is an Italian restaurant with fantastic pizzas but most importantly, the typical Italian grumpiest charming waiters.

It was a private event at the Orbit tower – a talk by Anish Kapoor. It was a rainy and misty evening and the view of London was amazing, straight out of a Monet or a Turner.

The dragons around the City of London. Most people don’t notice them, but they are little status reminding the Queen that the City is independent from the Royal Crown. Walk along the Strand and you’ll come across them. The Queen has to ask permission from the Lord Mayor to get into the City of London.

Kew Gardens in the summer.

Museums are brilliant for kids. The V&A British galleries is a wonderful place for kids. It is British history but you can try things on, you can touch objects. What I love there are these two little characters dating from the 17 them painted on pots and in drawings, and they are called ‘Nobody and Somebody’. Nobody is a head stuck on to a little pair of legs because he has no body, and Somebody has a little bit of body between the head and the legs. [According to the V&A,‘Ceramic figures of Nobody combine a surprisingly ancient joke with a uniquely English pun. The joke concerns the denial of guilt: 'Who did that?' 'Nobody!' He is seen as always innocent, yet always blamed for
others' deeds.]

Where will you be seen in London this month?

I’m going to a comedy show in Shoreditch with a really great comedian called Yve Blake. She grabs stories from people and then turns them into musical comedy. Looking forward to that.

Who is your current cultural crush?

A bit of a terrible one. Jerry Saltz is an art critic from NYC and he has the most most naughty Instagram feed in the world. Basically it is all phallic symbols and pornography from the past. It is fascinating to see how people interacted with sex in the last century. I secretly love finding his pictures on my Instagram feed!

Artisan cocktail or a pint of bitter?