Missing your fix of pop up cinema? We've got just the ticket: Underground Film Club. London is treated to cozy screenings from the team who brought you Rooftop Film. 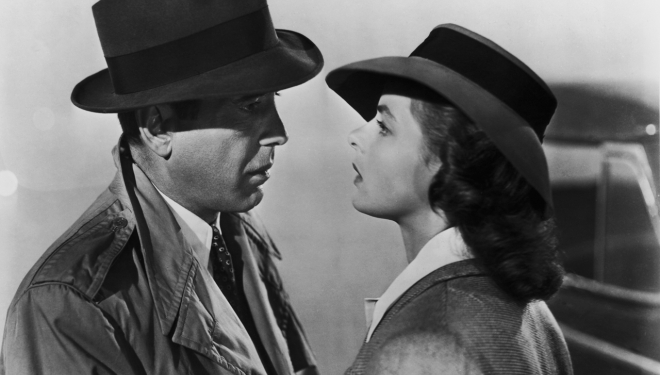 Humphrey Bogart and Ingrid Bergman in 'Casablanca'
Last summer we tipped you off about the magic of The Rooftop Film Club. But as skies become increasingly menacing, we know that Londoners are looking for something a little cosier.

Welcome to The Underground Film Club. Deep in the Vaults of Waterloo station, the team that you bought you flicks on the skyline bring you classic, cult and contemporary films on subterranean screens.

The offerings include sappy ‘date movies’ old and new, from the recent adaptation of ‘The Fault in Our Stars’ (2014), to coming-of-age classic ‘Dirty Dancing’ (1987) and the iconic Casablanca (1942).

Woody Allen and Diane Keaton delight in Annie Hall (1977) and kids and grownups can get their Disney fix with sing-along Frozen. Top Gun girls and Breakfast at Tiffany’s guys are in for a treat and there’s plenty of laughs from big-kids’ favourite The Goonies (1985) and British black comedy Withnail & I (1987).

Our highlight, though, is the recently released The Possibilities Are Endless (2014) a joyous, abstract documentary, charting Edwyn Collins’ recovery from two massive strokes. You can read our preview here.

The club is open five nights a week, from November 6 to the December 20. Tickets are only £13, and seats are big and comfy – book soon, as these events sell out very quickly.