Film releases 2015 will include the latest of the Star Wars franchise: Episode VII. 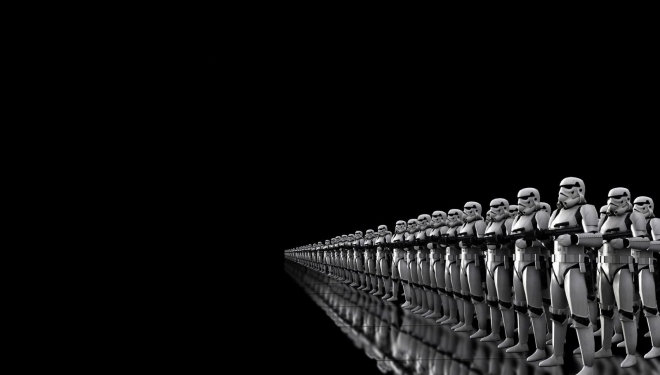 Star Wars: Episode VII
Google Star Wars: Episode VII and you will find your screen inundated with endless gossip forums discussing the nature of the upcoming movie. But with J. J. Abrams’s set on such a serious lockdown that actors are reportedly unable to take their scripts to the loo with them, it is hard to decipher rumour from fact. Nevertheless, elements of the casting process and the general aesthetic are gradually being drip fed to journalists and fans alike.

When The Walt Disney Company purchased Lucasfilm in 2012 (effectively acquiring the rights to the franchise), fans were in two minds as to how to process this news. On the one hand the prospect of more Star Wars movies was music to their ears, but the fear that this new buyout had taken control of the franchise out of their hands was palpable. Despite this, the army of Star Wars enthusiasts have, on the whole, been comforted by the news that director J. J. Abrams (Super 8, Star Trek: Into Darkness) will be the man at the helm of the first of the third trilogy. Abrams, himself a self-confessed Star Wars nut, has co-written the script with Lawrence Kasdan, a seasoned writer on previous films such as The Empire Strikes Back and Return of the Jedi. Moreover, GeorgeLucas himself will still be taking on a role in the production, taking the post of creative consultant. “I mostly say, ‘You can’t do this, You can do that,’” Lucas told Bloomberg, “Or I say ‘He doesn’t have the power to do that.’ I know all that stuff.”

In starring roles will be John Boyega (Attack The Block), Daisy Ridely (Life Saver), Adam Driver (Girls) and Oscar Isaac (Inside Llewyn Davis). Actors from the previous movies such as Harrison Ford and Mark Hamill will be reprising their original roles. Although the release date has recently been pushed back to December 2015, expect talk of Star Wars: Episode VII (full title yet to be announced) to dominate the film calendar of next year.