Germany: Memories of a Nation opens at the British Museum

From Anselm Kiefer to the VW Beetle, the British Museum exhibition 'Germany: Memories of a Nation' traces the formation of modern German culture 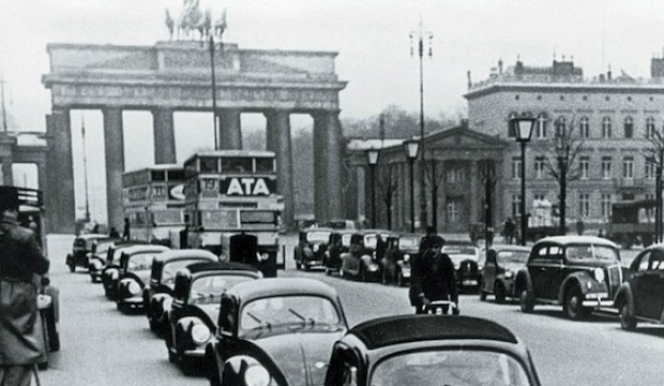 Germany: Memories of a Nation opens at the British Museum
If Anselm Kiefer at the Royal Academy isn’t enough to satisfy your yearning for German culture, fear not – the British Museum and Radio 4 are collaborating with a new project ‘Germany: Memories of a Nation’ with an exhibition and accompanying 30 part radio series.
Of course in visual art terms Germany is one of the trendiest places for any artist, and the most established contemporary art galleries all have posts in fashionable Berlin. However, where the German capital used to be cheap and particularly off the beaten track, it is now an established venue for the art world which easily rivals New York in both artistic output and gallery spaces, making this the perfect moment for a blockbuster German exhibition (British Museum).

British Museum: Germany memories of a nation
The exhibition, principally organised by the curator of Medieval and Early Modern Coinage Barrie Cook, illustrates how modern Germany and its cultural identity has been formed through the illustration 200 additional objects, a selection of which will be discussed in greater depth on Radio 4.

Radio 4: Germany: Memories of a Nation
The parallel 30 part Radio 4 series, from 29th September, is presented by Neil MacGregor (British Museum director), who you might know from ‘A History of the World in 100 Objects’. Examining key moments that have defined Germany’s past and achievements, tragedies and cultural inventiveness, the radio programme will capture the highs and lows of the German cultural identity.
Works from heavyweight German artists throughout the ages such as Albrecht Durer, Hans Holbein and Gerhard Richter are particular highlights in the exhibition, as well as technological achievements like Gutenberg’s printing press, Meissen porcelain, the Bauhaus movement and modern design icons like the VW beetle.

Beginning with the 25th anniversary of the fall of the Berlin wall and the reunification of Germany, the exhibition then winds its way backwards through time across the fairy tales of the Grimm Brothers, the philosophies of Nietzsche and Kant all the way to the Holy Roman Empire.