The Nether, Duke of York's Theatre 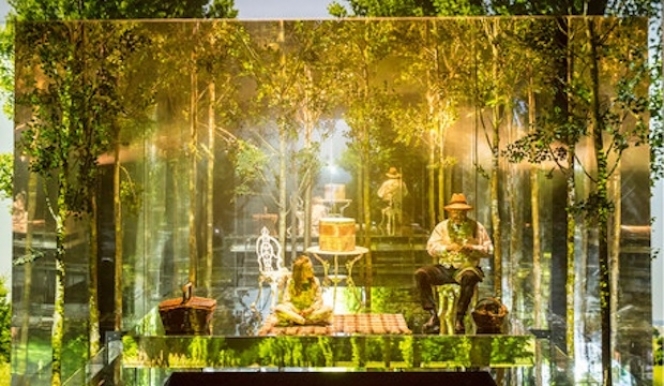 The Nether, Duke of York's Theatre
What if you could do anything? Indulge every fantasy, pursue every desire? In the Nether, the imagined virtual playground that lends its title to Jennifer Haley’s new play, you can. This dark sci-fi thriller looks at what might happen if digital technology allowed us to have total freedom – and where that freedom might ultimately take us.
While The Nether might be made up, Haley’s exploration of virtual reality has some terrifyingly resonant points to make about technology that is not so very far from that we already engage with on a daily basis. Fifteen years on from The Matrix, we still seem to be fascinated by the idea of virtual worlds – both their possibilities and their dangers. Some scientists have even suggested that we are already living in a computer simulation, but unhelpfully they conclude that there is no way of knowing.
Headlong, a theatre company who have prided themselves on being forward-looking in their use of technology – think back to Enron and Earthquakes in London – would seem to be the perfect fit for dramatising these difficult ideas and was the first to be helmed by new artistic director Jeremy Herrin.
The Nether joins a sudden spate of productions prodding at the impact of digital technology on our lives, following James Graham’s investigation of communications spying in Privacy and Hannah Jane Walker and Chris Thorpe’s I Wish I Was Lonely, which explores our worryingly dependent relationship with our mobile phones. It was followed at the Court by another internet-themed offering, Tim Price's irritating intentional type-o titled, Teh Internet is Serious Business. While this showed an innovative way of performed the digital, it was The Nether that sent shivers down our spines.
This was one the most shiningly stunning shows we saw this year. If you missed it at the Royal Court, book now to see it at the Duke of York's Theatre, and book fast.