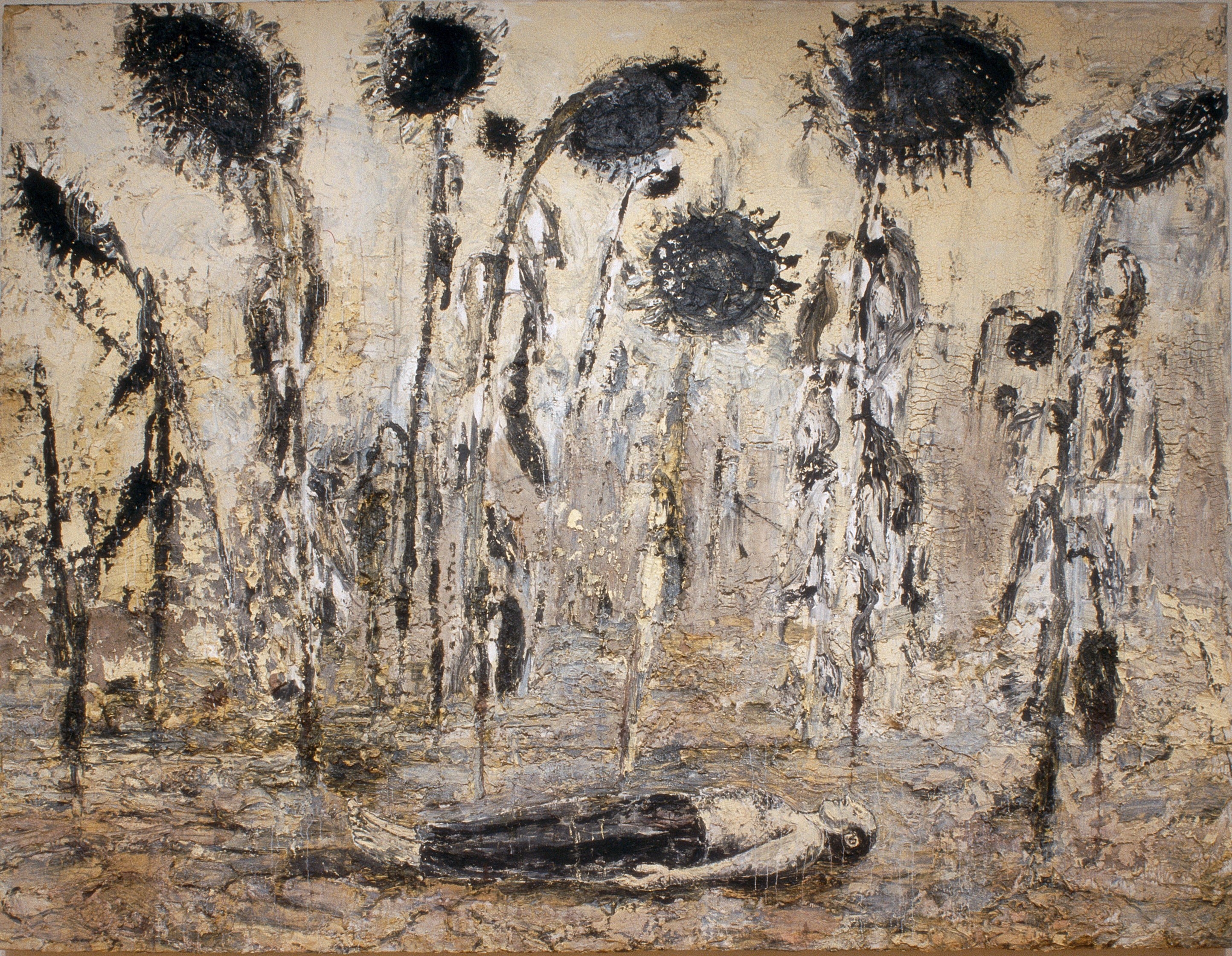 'The Orders of the Night', 1996, by Anselm Kiefer, courtesy of Royal Academy

Anselm Kiefer’s first retrospective exhibition in Britain is a resounding triumph, with a strong curatorial vision that refuses to hide behind too much analysis and thrives on the revitalization of new works.

Curator Kathleen Soriano’s principal message is that Kiefer is interested in far broader intellectual themes than simply the tragic history of Germany under the Third Reich. There is an underlying spirituality to Kiefer’s work in its fascination with the division between heaven and earth, alchemy and the presence of Satan in a quaternity with the Holy Trinity. Of course these motifs are also inevitably bound up with the violent narrative of the Nazi regime, especially for an artist that grew upon playing on the ruins of Donaueschingen.

Kiefer has in the past been accused of Nazi sympathies after his representation of West Germany at the 39th Venice Biennale and following his use of the Nazi salute and uniform in controversial early works such as ‘Heroic Symbols’ (1969) and ‘Occupations’(1969). However, to identify Kiefer as a neo-Nazi is to completely miss the point. He was fascinated by the silence surrounding recent history and in this absence of memory created provocative works that reclaimed mythological and historical narratives, used by the Nazis to justify their actions, in order to resolve their truths. Images of the vast Third Reich monuments, designed by Albert Speer and Wilhelm Kreis, and furrowed fields of German land illustrate this fearless grappling with the past and Kiefer’s attempt to re-appropriate its meaning.

The organic forms of earth, sunflowers and trees often appear in Kiefer’s work, innately German symbols which Soriano explains: ‘Germany began in the forest and it would end there’. In reclaiming the German land Kiefer refers to the Nazi slogan of ‘blood and soil’ as well as the feelings of guilt tied to events that happened in those fields. In ‘Margarete’ (1981) we see Kiefer literally pasting straw onto canvas, stripping it from the German fields to create a new narrative in his artwork. Similarly in ‘The Orders of the Night’ (1996), a soaring image of Kiefer lying amongst the seven-feet Japanese sunflowers that he planted at his home in the south of France, Kiefer plays with the idea of rejuvenation in the image of the sunflower which turns to face the sun.

Other fantastic new works include the courtyard installation of floating ships which welcome you into Burlington House, a nod towards the Russian Futurist poet Velimir Khlebnikov who believed that great sea battles happened in a cycle of 317 years. ‘Ages of Wonder’ (2014) in the central octagonal space is also a spectacular new work which resembles something between a funeral pyre and totem pole. From between the layers of cracked paint and lead, you’ll find familiar sunflowers poking their faces out up towards the light.

The whole exhibition is like a passage through German consciousness, leading us along the banks of the Rhine, hand in hand with key cultural figures like Goethe and Durer. Kiefer describes his own work as a challenge rather than an explanation, and that rings true for the exhibition. Expect no helping hand, but rather, enjoy drifting amongst the myths and history that go far beyond the threads of Nazism.