Will Self: new novel Shark gets rave reviews for daring modernism

Will Self: the professional controversialist and writer has silenced critics with another thrilling novelistic experiment, writes Joe Lloyd 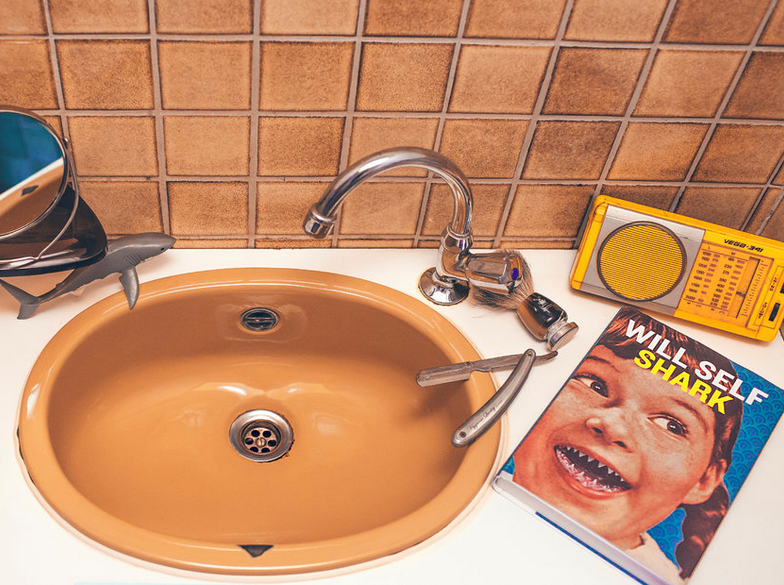 Will Self: new novel Shark gets rave reviews for daring modernism

Will Self: the professional controversialist and writer has silenced critics with another thrilling novelistic experiment, writes Joe Lloyd

Two years after his Booker-shortlisted Umbrella, Self is back with another opus. Written as a sole unbroken paragraph, Shark is a riotous stream of consciousness that melds numerous characters with snippets of half-remembered song and advertising slogans. It’s a dense, heady stew of linguistic excitement that, while indebted to the modernists of the early twentieth century, feels fresh and new. In an age where mainstream fiction rejects the innovations of modernism in favour of concise realism, it makes a potent argument for the importance of such literary experimentation.

Over the course of eleven novels, Self’s style has evolved from poppy, Martin Amis-indebted satire on British society to something more redolent of James Joyce. On Radio 4’s Point of View, he recently attacked George Orwell for his linguistic astringency – in establishing that “anything worth saying in English can be set down with perfect clarity such that it’s comprehensible to all averagely intelligent English readers,” Orwell is both utterly wrong and channelling the authoritarian Ministry of Truth from his own 1984 . Lecturing on ‘The Death of the Novel’ earlier this year, Self bemoaned the “active resistance to difficulty” in contemporary British culture, which conflates the avant-garde with political elitism and prizes accessibility.

Self’s concerns have reverberated throughout the past decade. In light of 2013’s Booker shortlist, Frances Booth blamed the Creative Writing machine for sacrificing innovation and individuality in favour of, in Self’s words, “stillborn novels”. In 2011, the academic Gabriel Josipovici attracted both agreement and rage when he released What Ever Happened To Modernism? Asserting that experimentation was a crucial feature of fiction since its inception, Josipovici looked in dismay at the “limited, arrogant and self-satisfied” works of Philip Roth, Ian McEwan and their ilk. And in 2008, so measured a voice as Zadie Smith bemoaned the ascendance of “lyrical realism” over experimental writing, suggesting a balance must be struck to prevent the novel ossifying as a genre.

Modernism alive and well in Europe and America

This resistance to exploratory fiction seems a uniquely Anglophone problem. Many of continental Europe’s greatest contemporary writers continue to collapse the boundaries of conventional realism. In Spain alone, Juan Goytisolo, Javíer Marias and Enrique Villa-Matas have all crafted singular masterpieces that respectively draw on Joyce, Proust and Kafka while remaining ambitious, vital and unprecedented. In America, where realism still predominates, there has long been a feted stream of experimental writing, with the likes of Thomas Pynchon, Nicholson Baker and latterly David Foster Wallace scoring significant acclaim for their unconventional works. In England, however, the works of radical post-war writers such as B. S. Johnson and Ann Quin have been forgotten, considered curiosities rather than potential routes to the future of literature.

At the mercy of the market

Part of this conservatism can be laid at the feet of the market. There has been a significant drop in the income of British novelists; Self himself notes that his “royalty income has fallen dramatically over the decade.” While even the smallest European countries often have an extensive range of national prizes and funding opportunities, and US authors can support themselves with lucrative university posts, UK writers stand at the mercy of their book’s sales. Finding an audience for your books is crucial – in a recent interview, mainstream mainstay Ian McEwan talked of his books in terms of readers, speaking in favour of books that can be consumed in one sitting. Looking at the past few winners of the Booker Prize, there’s a sense that novels are rewarded for exploring worlds already familiar to their public. Hilary Mantel’s dazzling Cromwell novels retread the well-known tale of Henry VIII’s marital strife, while Eleanor Catton’s The Luminaries pastiches the conventions of Victorian classics. To publish something new and potentially challenging is more than just an aesthetic risk.

The best new British writers for books that challenge and experiment

Over the past few years, however, several British writers have been making waves with experimental literature. Often drawing on modernist and post-modernist precedents while addressing explicitly contemporary themes, these writers offer hope for a rebirth of adventurous fiction. Here are just five who, like Self, seek to broaden our perception of what books are able to achieve. They may not succeed in washing away the dominance of realism, but they might – as Zadie Smith hopes – rebalance the literary world.

A philosophy and literature tutor at the University of Newcastle by day, Lars Iyer’s ‘Lars and W.’ trilogy – Spurious (2011), Dogma (2012) and Exodus (2013) – were met with universal adoration. Exodus, in particular, might be the finest novel yet published that deals with Britain’s economic crash. Centred around a nervy, self-depreciating academic and his querulous compadre W., Iyer tracks the pair as they bicker, lament their lot and contrive their own intellectual systems. Although thick with references to Kafka, Kierkegaard and Bela Tarr, the novels are approachable, empathetic and relentlessly hilarious. It’s as if Vladmir and Estragon from Waiting for Godot have been let loose in contemporary Britain. Iyer’s new novel, Wittgenstein Jr. , has already attracted rave notices.

Historical fiction generally strives to rebuild the past using contemporary language. Although words and phrases from the time depicted are often liberally sprinkled, their world is fundamentally as close to our own as it is to the era they depict. The Wake , Paul Kingsnorth’s Booker-nominated debut novel, tries a different approach. Set in Lincolnshire around the Norman Invasion, The Wake is written in a “shadow tongue” that draws on Old English while remaining comprehensible to modern readers. The result is bewitching. Although no-one ever spoke these words, they instantly evoke the rhythms and patterns of Anglo-Saxon speech. The Wake is a novel that begs to be recited, and heralds a bold new direction for historical fiction.

The most established author on this list, Ali Smith has always been an outsider in the literary landscape. Novels such as The Accidental (2005) and There But For The (2011) deftly explore the ways writing representations reality. Artful (2012) and Shire (2013) originated a new type of writing that stirs fiction and autobiographical detail into non-fiction, investigating the truth-claims that prose makes for itself. Smith’s latest novel How To Be Both , which has been longlisted for the Booker Prize, attempts to overcome the strictures that time imposes on both. Its two parts – one about a 1960s schoolgirl mourning her mother’s death, the other about the a fifteenth-century Italian painter – both merge past and present, and rely upon each other for complete meaning. To underscore time’s fluidity, Smith has printed two versions of the book, identical except for the ordering of the two narratives.

A Girl is a Half-Formed Thing , Eimear McBride’s debut novel, took almost a decade to find a publisher. Although agents were impressed by McBride’s talent, the book was repeatedly deemed too complex, too challenging, too much of a risk. Then, last year, it was quietly released on Norwich’s Galley Beggar Press, and almost instantly became a sensation. In the Guardian, Anne Enright declared McBride “a genius”, and over subsequent month it won four literary awards. Inspired by Ulysses, A Girl… takes Joyce’s stylistic innovations and applies them to the tale of a girl’s troubled relationships with her family. It can be a deeply uncomfortable read, but it’s unforgettably beauteous, with an onomatopoeic flow that is all it’s own. Wherever McBride’s writing goes next, it’s sure to be daring, transgressive and exciting.

When C , McCarthy’s third novel, was shortlisted for the 2010 Booker Prize, commentators wondered if modernism had finally returned to the mainstream. C, part Pynchonesque historical fantasia and part conceptual nouvelle roman, bursts with interwoven threads from mythology, literary history and mathematics. Remainder (2005), McCarthy’s debut, was equally expansive, and became a word-of-mouth success after being initially published by a small French art press. Beyond fiction, he is a tireless promoter of the innovative and experimental. The International Necronautical Society, of which McCarthy is the general secretary, creates artwork that often explores the relationship between visual arts and literary communication – a 2008 piece at London’s ICA, transmitted “poem-codes” to radio stations around the world.