The new book from journalist, writer and poet Harry Eyres, Horace and Me explores a more mature poetry. He shares his summer highlights. 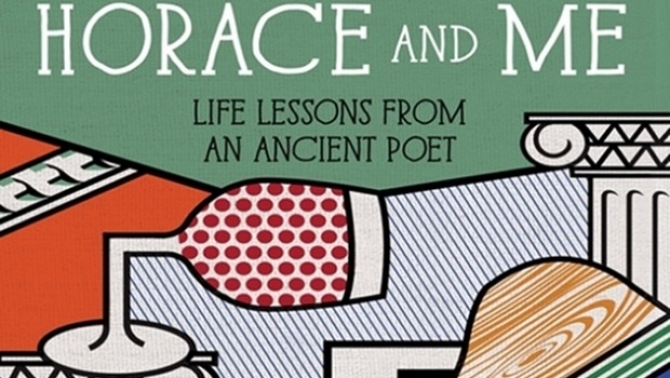 The new book from journalist, writer and poet Harry Eyres, 'Horace and Me' explores a more mature poetry. He shares his summer highlights.

Harry Eyres is in a long-term relationship with the subject of his latest book, Horace and Me: Life Lessons From an Ancient Poet (A wise and witty revival of the Roman poet who taught us how to carpe diem),  Bloomsbury, £9.99. He describes how, studying Greek and Latin at school, he found Horace ‘rather difficult’.  ‘He wasn’t a passionate, romantic love poet like Catullus, who I preferred at the time.’ It was only later in life that Eyres began to appreciate this poet of middle age. ‘His awareness of mortality is off-putting when you’re young. But actually he’s a profoundly philosophical poet with lots to teach us.'

Eyre’s current favourite poem comes from the Epistles. ‘He’s touchingly modest about what he’s now hoping for. He says something like “You’re asking me what I’m praying for – what I have now but even less. I want to live what is left of my life with a good supply of books and food for the year, not hanging on the promise of very doubting hour.”‘ It's grist to the mill of anyone hoping to renounce worldly ambition, and there are other modern applications too. 'He was very critical of excessive consumption, and complained that jet-setting all over the world "doesn't change your mind, just change the colour of the sky" .'

Mainly, though, Horace hymns the joys of friendship, wine, quiet contemplation and the pleasures of his country villa – more wise advice for anyone considering quitting the rat race. ‘He has been a friend and counsellor to readers over many centuries and I find his insights remarkably applicable to contemporary life,' says Eyres.

Music: The Proms, Mahler Symphony No. 4

We go to the Proms every year. This time we got tickets to the first night, which was a performance of Elgar’s The Kingdom . I’m a big fan of Elgar who I find very moving – I particularly like The Dream of Gerontius . Later in the season I’ll be one of the panel members of a discussion at the Royal College of Music with Bernard Haitink, who will be conducting the London Symphony Orchestra on 16 August 2014 in a performance of Schubert’s Symphony No. 5 and Mahler’s Symphony No. 4.

I don’t like being cooped up indoors in summer so I enjoyed seeing Hobson’s Choice here earlier in the year – an old chestnut of a play which was very well done. We’ve now got tickets for To Kill A Mocking Bird which I haven’t read since I was a teenager.

The men’s pond is very grand and big so you can dive in and you don’t have to touch the mud at the bottom at all. I do worry slightly about the large pike lurking at the bottom but no one I know has ever been bitten.

Exhibitions: Mattisse: the Cut-Outs ; the Courtauld; the Estorick Collection

The Matisse looks joyful and wonderful so I’m looking forward to that. And the Courtauld is showing 30 prints from its collection spanning 500 years from Bruegel to Freud.  The Estorick Collection in north London has one of the best collections of Italian art in London. They are currently showing work by the Futurist Gerardo Dottori.

I love the tapas at all these places – if I had to pick a dish it would probably be the rice cooked in squid ink from Barrafina. The quality of sherry you can now get in London is also amazing now. Look out for the Tio Pepe En Rama 2014, which is sherry taken direct from the barrel without filtration. It tastes fantastic.