In a new series giving you an expert area guide to London neighbourhoods, Michèle Fajtmann lines up cool things to do in Dalston. 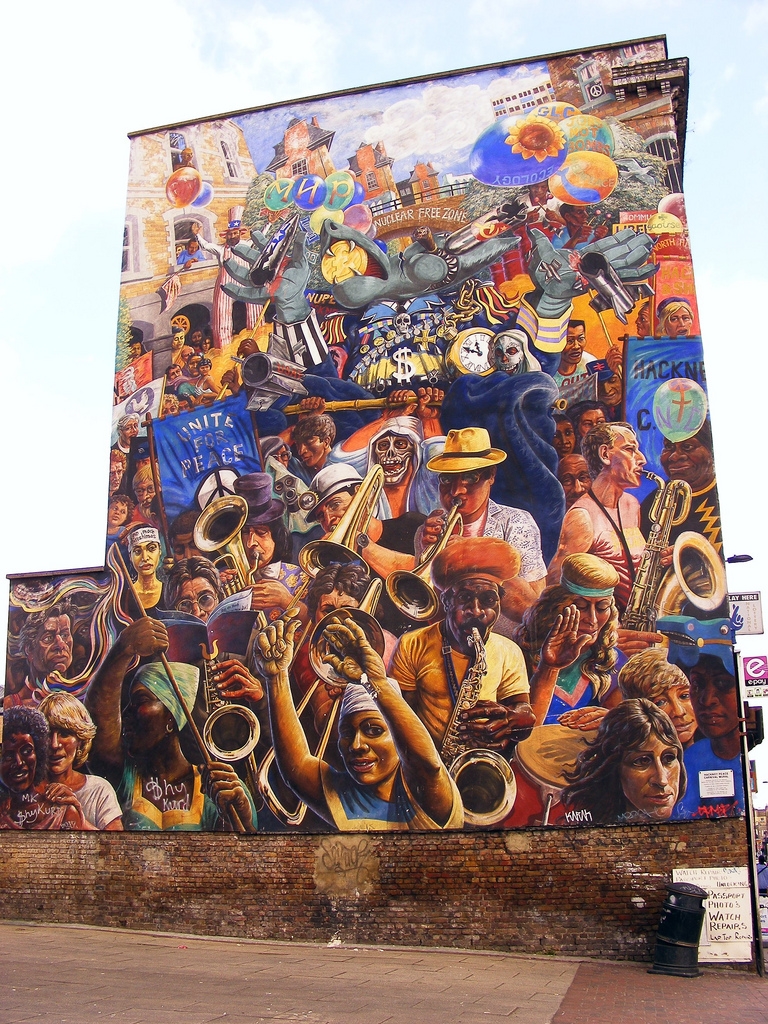 The Hackney Peace Carnival Mural, courtesy of The London Mural Preservation Society
In the second of a new series devoted to discovering London's neighbourhoods, founder of frommycity.com Michèle Fajtmann lines up cool things to do in Dalston.

London is moving east. Last year, the Barbican commissioned Argentinian artist Leandro Erlich's installation on an empty plot next door to the Arcola Theatre, one of the central pillars of Dalston's culture. Since this discovery, the buzz has continued to grow and we keep coming back to the area.
As soon as you come out from the Dalston Junction overground station, you are immediately in front of the iconic, vibrant Hackney Peace Carnival Mural (currently under renovation). Next to the mural, the Dalston Eastern Curve Garden launched a few years ago by local residents is a lovely place for a relaxing summer afternoon. There is a pavilion with tables and chairs, free wifi and a café offering a decent choice of drinks and food.
This summer, on Hartwell Street, every Friday and Saturday night there is the exciting food event Street Feast, which features many great street food traders such as B.O.B.s Lobster, Yum Bun and Mumma's Schnitzel.
The Dalston area of Hackney has attracted immigrants for many years. A very popular location at the beginning of the 20th Century for Jewish people coming from Central Europe, in the Fifties and Sixties, it became an area where a large Caribbean community settled. Their presence can still be seen through the wide choice of Caribbean food available at the attractive Ridley Road Market just opposite the Dalston Kingsland underground station. The area also offers a great choice of Turkish cafés and restaurants among which Mengal II on Stoke Newington Road often referred to by locals as the place where Gilbert and George regularly dine.

On Ashwin Street
The renovated building of Reeves and Sons, the famous artists' colour manufacturer founded in 1766 currently houses a range of small businesses, a vibrant café and the Arcola Theatre. 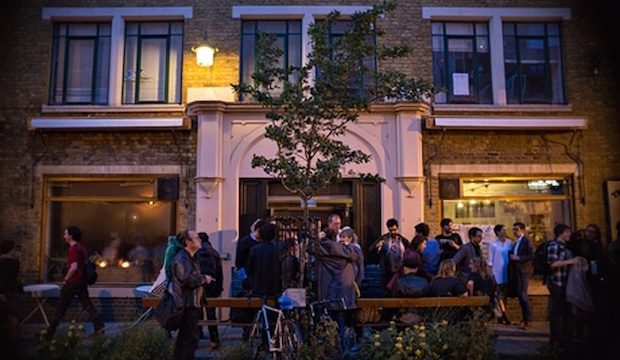 Arcola Theatre
Founded by artistic director Mehmet Ergen in 2000, this theatre includes two studios and a bar/café with a terrace on the side of Abbot street.

Café OTO
This venue has a great space inside as well as a terrace. It's a pretty cool place to eat in London; it offers a good programme of live music in the evening. 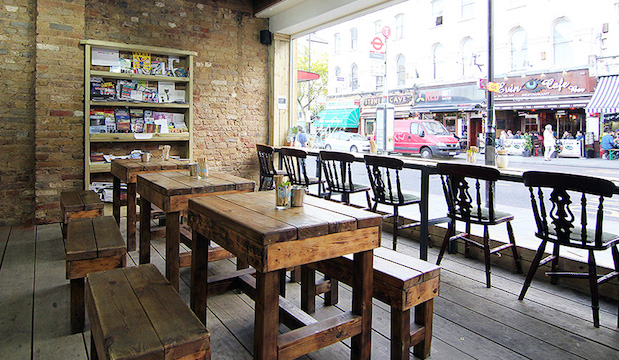 Harvest
Across the street and close to the amazing charity Hackney Pirates, working with local young people to develop their literacy, Harvest is a new organic food shop with a café offering coffee, fresh juices, smoothies, quiches and cakes. It's a unique place to eat in London.

Pelicans & Parrots
Dalston has several vintage shops including the huge Beyond Retro also located on Stoke Newington but I love this smaller shop that sells all sorts of vintage furniture, objects and fashion. 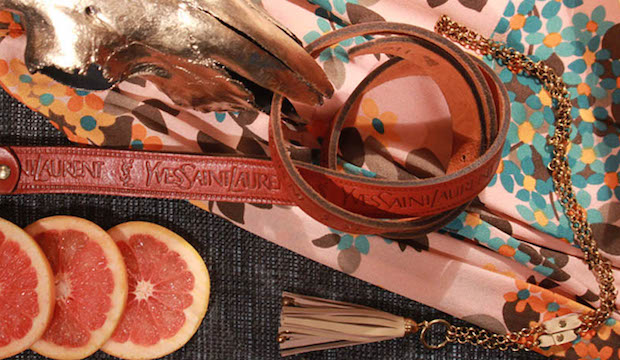 L’Atelier Dalston
This is the café/restaurant where regulars come to work, read or chat. There is also a great summer atmosphere on the terrace currently decorated with a wheelbarrow full of flowers. There are many great restaurants in London, but this one's pretty cosy.

Chocolate Factory
A former chocolate factory transformed into several artists’ studios which are opened to the public several times a year. 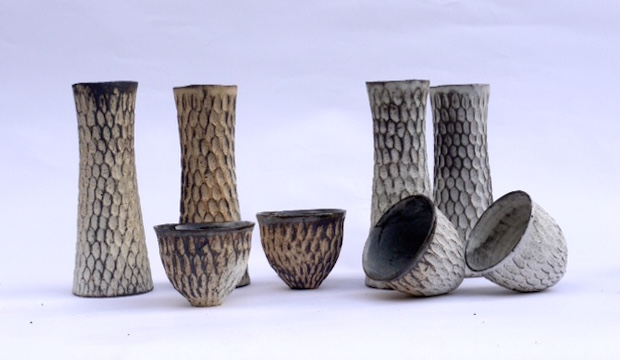 SEE OUR OTHER
GUIDES TO LONDON
Michèle Fajtmann was born in Belgium and has lived in Brussels, New York, Warsaw and London. She is a lawyer and founder of From My City, a boutique event management and advisory company that creates unique tailor-made networking experiences and events focusing on arts and culture.

‘London is ever-changing,' says Michèle, 'and it is fascinating to explore neighbourhoods that are going through rapid change. As city “curators”, we often get inspired by the unexpected and would love to give others the chance to be as excited as we are by these discoveries. All of our events are guided and animated by creative experts (writers, artists, musicians, etc.). For details of the discovery tours we offer or for enquiries, go to www.frommycity.com.’