The David Zwirner gallery is devoting its Mayfair site to works by the mezmerising Bridget Riley, writes Anna Yang, charting her emergence in the 1960s to the present day 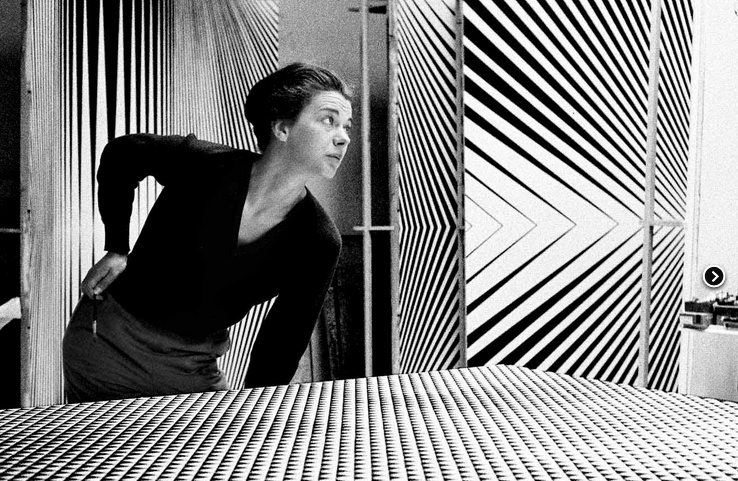 The David Zwirner gallery is devoting its Mayfair site to works by the mezmerising Bridget Riley, writes  Anna Yang , charting her emergence in the 1960s to the present day. Displaying until August 1

Immerse yourself in the mesmerizing work of Bridget Riley. David Zwirner gallery is devoting all three floors of its beautiful Mayfair townhouse to a dazzling exhibition of Britain’s most revered queen of optical experiences. The show will feature both paintings and works on paper covering the period 1961-2014 and (much to our excitement) it will unveil several new works for the first time.

Since propelling ‘Op art’ into the media spotlight during the 1960s, Riley has inspired fashion, design and advertising with her waves of vibrating abstractions, psychedelic surfaces, and graphic patterns. In recent years she has continued to develop her exploration of the interaction between form, colour and the subsequent effects on perception: “I couldn’t get near what I wanted through seeing, recognising and recreating, so I stood the problem on its head.  I started studying squares, rectangles, triangles and the sensations they give rise to.”

Riley’s images have been celebrated for producing visual experiences that are disorienting and complex, often provoking intense sensations of movement.  The term “Rileysensation” was coined to describe this effect of looking at paintings.

Focusing on the artist’s recurrent use of stripes over the past 50 years, the exhibition will highlight the visual variety created by the changes in their colour, weight, rhythm and density.  Beginning with an iconic black and white stripe piece from the 1960s, moving to the more intensely colourful ‘Egyptian’ palette, and including her newest body of horizontal stripes, together these works will display Riley’s sustained and energetic engagement with this subject. It is the first major survey of Riley in London since her 2003 retrospective at Tate Britain and is not to be missed.