As the battle for the Palme d'Or rages, Sasha O'Connor looks back at the film that took Cannes' coveted prize twenty years ago - and finds it as vital as ever. 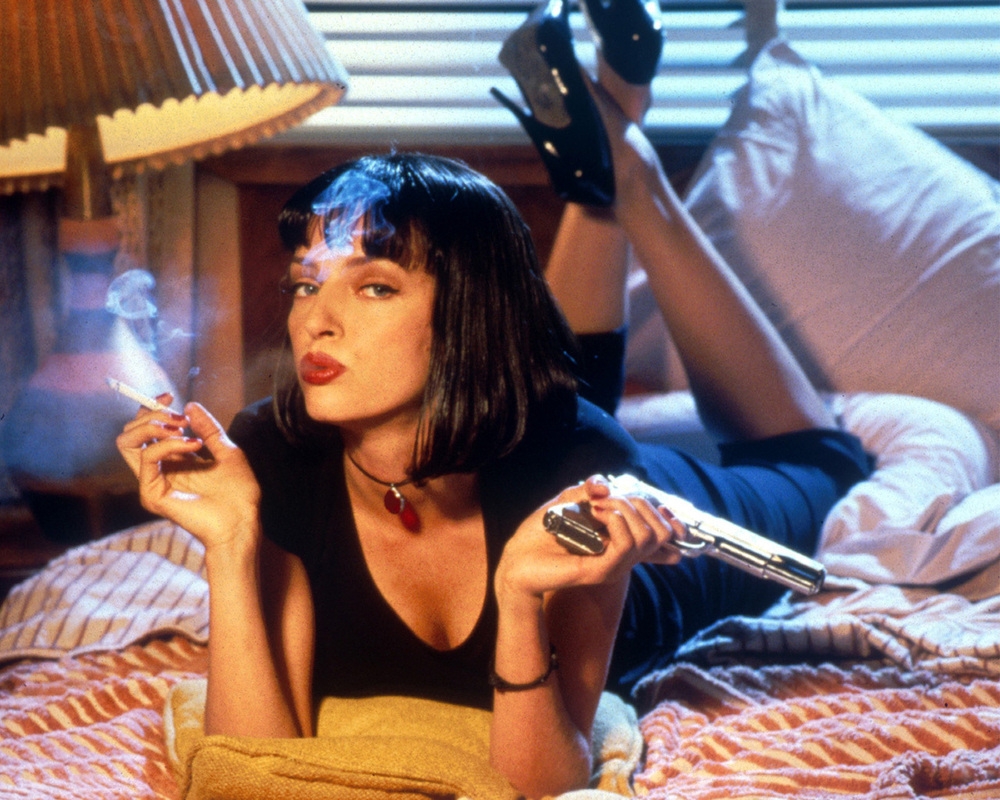 Just what is in that briefcase? Diamonds? Drugs? A human soul? 20 years on from its 1994 premiere at Cannes, where it won the Palme d’Or, websites remain dedicated to this unanswerable question; and audiences riveted, revolted and in love with the source of the enigma- Quentin Tarantino's Pulp Fiction.

With its hyper-fizzy concoction of interrupted narrative, bad wigs, maniacal levels of reference and, of course, brash, boastful, violence, it should be mayhem. But, this is Tarantino: and, though only his second feature film, there is nothing chaotic or unintentional in this titanic, three hour masterpiece.

The key is in Tarantino's and Roger Avary's, script. The writing is so funny and culturally literate; frenzied and dramatically satisfying. It convinced seasoned stars like John Travolta and Bruce Willis to accept a dip in their paychecks (we often need reminding that it was an independent film made for a modest 8 million dollars) and bagged an Academy Award.

With such a script on the table, it's no surprise Tinsletown’s brightest formed a disorderly queue. The likes of Michelle Pfeiffer and Meg Ryan battled for the part of Mia, which went to Uma Thurman. Samuel L. Jackson reportedly flew himself back to audition for a second time, after catching wind the part of philosophising hit man Jules was 'still under consideration'. Their roles catapulted Thurman and Jackson  into the A-list, earning them an Oscar nomination apiece. Willis, too, enjoyed a welcome addition of dramatic credibility to his CV. But it was John Travolta who benefited the most: his inspired casting as Vega completely revitalised a somewhat flagging career.

One of the film's most popular scenes takes place at 'Jack Rabbit Slim's Twist contest', and it's here that Vega takes Mia for an eventful evening out. This one scene alone demonstrates the complex care of Tarantino's trademark use of allusion, often ascribed to his years spent working as a video store clerk. For most viewers, the sight of Travolta dancing a strange, jerking and solemn 'twist' immediately toys with the crotch-thrusting persona from his days as a teen idol. But, there’s more. It is, in fact,  a re-creation of a dance from Fellini's 1963 film  8 1/2.  A wonderful classic in its own right, 8 1/2 never produced a set piece recognised outside the living room of the most dedicated cinephile (where clearly there's always space on the sofa for Tarantino). But there is nothing sneering, or purely decorative about these allusions. Tarantino celebrates, re-invents and uses them to position his work within film history- all the while fuelling his scenes with instantly quotable lines and bravura, original set pieces.

And Tarantino loves set pieces. In some ways Pulp Fiction, divided like many of his films by chapter headings, is a series of interwoven set pieces. These vignettes, with their micro-structure and condensed dramatic rhythms, offer doses of entertainment so concentrated that practically every scene is rocketed to the icon status.

Though disjointed, Pulp Fiction’s non-linear structure is not simply a case of letting the blood splatter where it may. Certainly, the plot does not unravel in sequence, but Tarantino does provide a relatively conventional dramatic narrative. Loose ends are tied up, and levels of emotional growth and understanding are realised by the end: even if this 'end' actually takes place early on in the plot's timeframe. Because above all, Pulp Fiction is a film made for mass audiences, and the overwhelming sense is that Tarantino wants us to feel exhilarated and gratified, not bogged down and confused. Although it's been defined as an example of 'neo-noir,' Pulp Fiction simply isn't grim enough in outlook- it's too excited by what's going on.

The palette helps to defy the ‘noir’ definition. Tarantino may have painted our screens red but he also sprayed them the crayon yellow of the title’s font, the liquorice-black of Mia's wig, and the brief flashes of sky blue from Jules' T-shirt and John Travolta's eyes. Told through these jewel brights, Pulp Fiction is a surreal candy-land of retribution- where traditional karmic balances are remarkably intact. There's no noir-ish, disillusioned detective, sinking a million whiskeys, who'll never see the brightness of the world no matter how many beautiful dames die for him. In other words, it's not David Fincher's Seven released only the following year, where even Morgan Freeman can't reassure away the deep rooted darkness of the film's world.

On the contrary, Tarantino's characters practically vibrate with vitality. They espouse their thoughts and feelings on life like philosophers unencumbered by theory. They are visually expressed, like cartoon characters, as the most concentrated version of themselves, and they all fight tooth and nail for survival. These are wonderful characters that we want to watch again and again, like a child demanding back its favourite super-hero.

20 years on, and it's difficult to imagine how Pulp Fiction could ever have been less than iconic. In a way, it hasn't needed the acclaim and popularity that's soared since its release. It's so assured of its own cinematic significance, that all the audience needs do is sit back and be entertained.

Want to see more? Members enjoy full access to all Culture Whisper's arts previews, exclusives and features. Click  here  to take our cultural quiz and get a month's free trial.