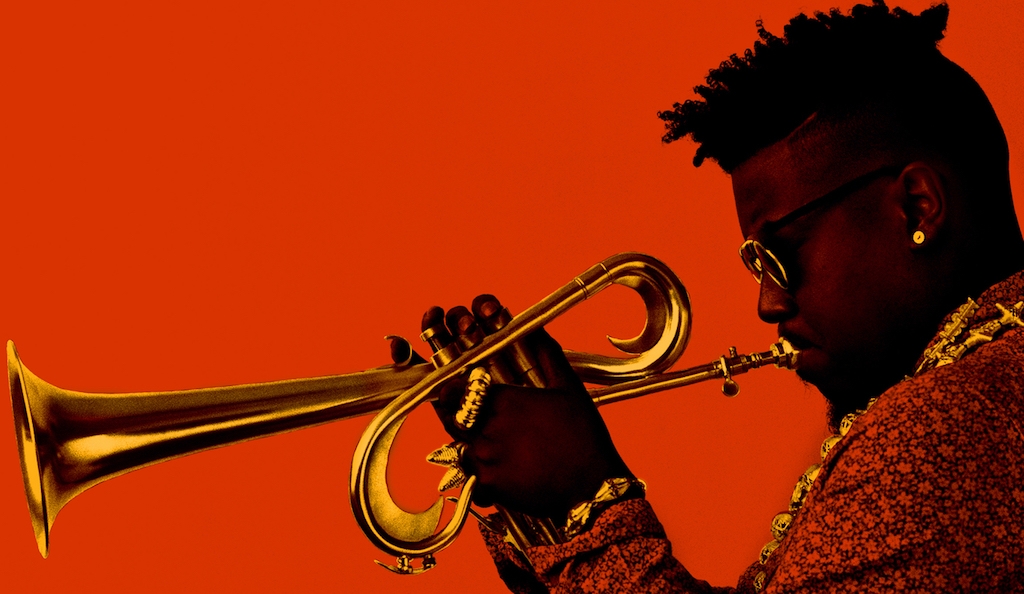 Christian Scott © EFG Jazz Festival London
Almost a quarter of a century old, the EFG London Jazz Festival is comfortable in its reputation as one the finest jazz events in the world, yet it shows no signs of slowing down or resting on its many laurels.

The annual event is by far the country’s biggest, with dozens of events taking place across the city. Alongside the Barbican and the Southbank, the world’s greatest jazz musicians will storm Cadogan Hall, Kings Place and a whole host of smaller spaces. As a ten-day celebration that spans the gamut of the genre, it promises to be unmissable.

If the festival doesn't satisfy your thirst, or leaves you hungry for more...check out or list of the top hotspots in London to catch a glimpse of the Jazz scene here.

Tickets are still available for the following performances:

Trumpeter extraordinaire, Christian Scott mixes it up with ancient and modern instruments, electric beats and acoustic rhythms. Wherever will he take jazz next? Tickets here
Credit: Delphine Diallo

Undeniably one of the standard-setting tenor players of his generation, Denys will take us through the work of John Coltrane with this super saxophone standout. Tickets here

Madeleine is returning to the Festival with a bare, stripped-back performance including tracks from her new release, Secular Hymns. Expect her to pluck at your heartstrings as she brings her unique sound and soul to the lyrics of Allen Toussaint, Willie Dixon and Tom Waits. Tickets here 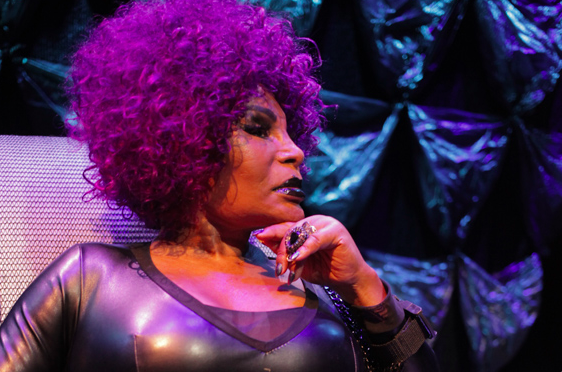 The undisputed queen of Brazilian jazz since the 1950s will be performing her new Post-Rock, Post-Samba album, The Woman at the End of the World, along with some very special guests. Soares' husky voice will remind you why she was able to transform her life from the slums to the stage, and is a brutal reminder of the reality of life for the oppressed in Brazil today. Tickets here

Never have the saxophone and the accordion made such sweet music together. Parisian's soprano saxophone provides the inimitable accompaniment to Peirani's rhythmic pulse. This is French chamber jazz at its most romantic, and it's most melodically magical. Tickets here

Adam is a master of the double bass. His plucky fingers move around the instrument as if they have a life of their own, and create a beguilingly modern jazz sound. You won't believe that there's only one person on the stage. Tickets here
Credit: Ezra Gozo Mansur

Toe-tapping jazz teasers, you'll feel like a member of Ocean's Eleven as Down to the Bone deliver their soulful, funk-tastic rhythms. There are no advance tickets to this one, so make sure to get there on time. Tickets here

This is a wall of sound like no other. With so many hands on two pianos, it's no wonder the sound created by festival favourites, 2 Pianos, 6 Pianists, 12 Hands & 60 Digits, is so unique. There will be solos, duets, original performances and improvisations from six of the world's most exceptional jazz pianists. Tickets here 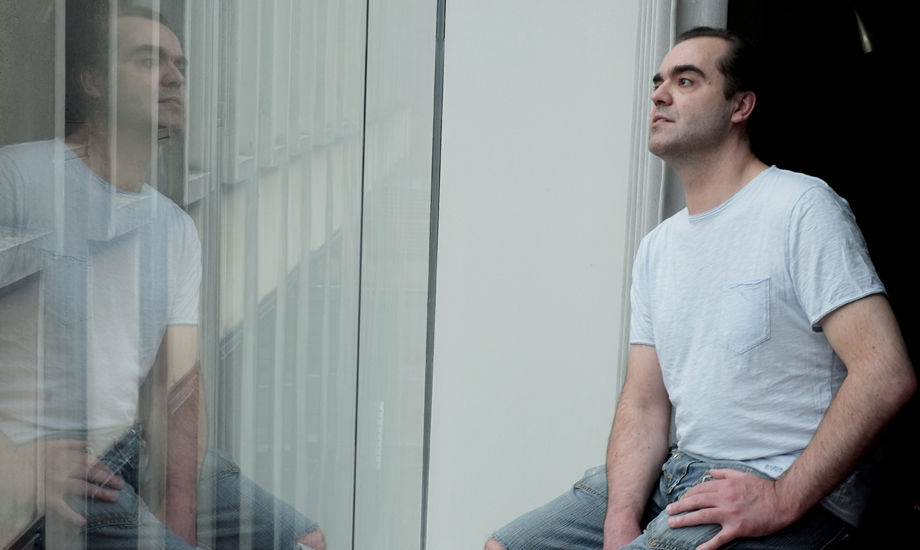 St Germain is unequivocally one of the pioneers of the 'French Touch' movement, and has been the name in electronic jazz for the last two decades. Deep House began here in the 1990s, and it's intelligent and original, it's downtown coffee house jazz for the electronic generation. Tickets here

There is no denying that Jacob Collier is phenomenally talented. You can hear the range of influences in every note he sings, plucks and plays. You can hear soul, folk, groove, and they all mesh uniquely into his particular blend of jazz. He's a one man band, and his 5.5 million Youtube view attest to his inventive talent. Tickets here

At 25 years old, the London Jazz Orchestra will be celebrating its birthday in a performance of new music, much of which has been written for the band. Join director, Scott Stroman to celebrate the capital's best in orchestral jazz. Tickets here

Jan Gambarek's distinctive voice is hard to miss. It was 2012 that Garbarek was in the UK with his own band, in the meantime he's been playing with the Hillard Ensemble, and with his quartet behind him his sonic saxophone sound will ring out louder than ever. Tickets here 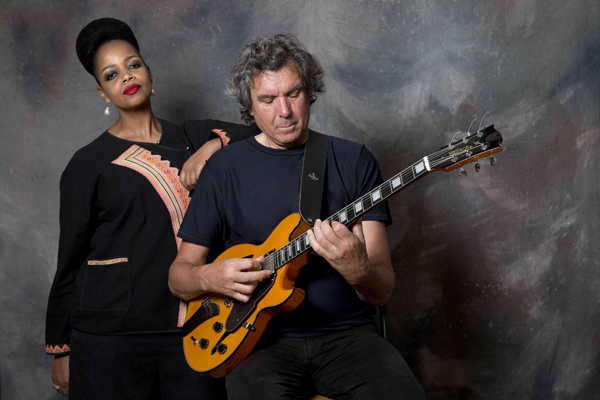 VImala Rowe's playful sound is indicative of the time she spent in the Far East and India whilst still in her teens and early twenties. The 2008 Indy Music Award winner for Best Soul, Jazz & Funk act, Vimala will perform with Etheridge in a set which will swing, sway and saunter into the evening. Tickets here

The landmark birthday of jazz royalty, Norma Winstone will be celebrated by the EFG London Jazz Festival with this special gala concert. It will include a brand new piece commissioned specifically for the event by Vince Mendoza and will feature the ECM European Trio, Symphony Orchestra and Big Band. This Grammy-nominated chamber jazz artist is one not to miss. Tickets here

Scandinavian lyricism meets the frenetic pace of Neset's saxophone, underscored by the sound of the London Sinfonietta. Light fingers abound as Neset plays the first live performance of his new album. Tickets here

In conjunction with the EFG London Jazz Festival, 2016 sees the London Jazz Film Festival taking place between 17 - 20th November, so if you haven't got your fill of jazz, here's a little something else:

Nightspot Cinema is popping up this November to celebrate music, clubbing and film over four nights. Films will include Oscar, BAFTA and Golden Globe winners and documentaries chosen by jazz artists themselves. Think Whiplash, Bird and Herbie Hancock: Possibilities. Not only that, there'll be Q&As, live sets, food and DJs like Dom Servini and Origins. The artists themselves have curated this unique festival, so get down there for an authentic jazz experience. See here for more information.

Book your tickets now to avoid missing out on the hottest of the London jazz scene this winter!