Petersham Nurseries in Covent Garden opening: everything you need to know

Lots of flowers, some freshly made pasta, and a bottle of white Tuscan wine – everything you need to know about the biggest opening in Covent Garden: Petersham Nurseries 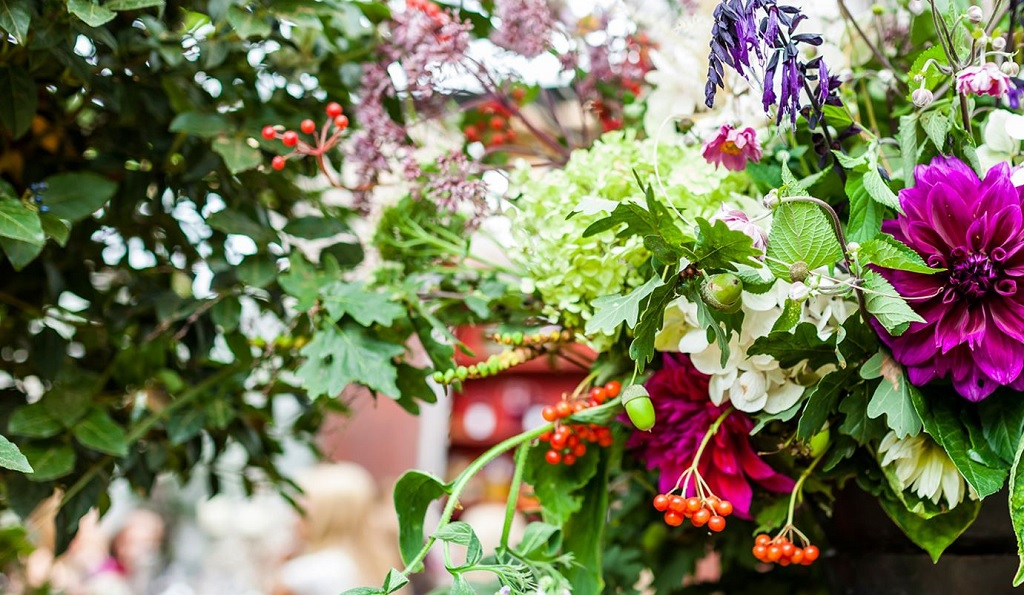 Petersham Nurseries in Covent Garden opening: Everything you need to know
Petersham Nurseries is London's very own rural retreat.
Tucked away down a sweet little street in Richmond, the space is sound-tracked by birdsong, scented by fresh flowers, and covered by a bougainvillea-strewn canopy. Along with an abundance of plants, it sells a treasure trove of homewares and accessories, serves swoon-worthy nature-inspired dishes in the on-site cafe, and hosts a selection of hands-on workshops.

TRY CULTURE WHISPER
Receive free tickets & insider tips to unlock the best of London — direct to your inbox
This summer, a second Petersham Nurseries has opened in Covent Garden's Floral Court. This vast new 16,000 square foot West End outpost opened on 31 August. Managing Director Lara Boglione wants to build 'a lifestyle of positive living' and we're sure she's succeeded. The new shop is open now.
As Petersham devotees, who have happily trekked across town just to smell the flowers and dine under a canopy of blooms, we're wondering how the dreamy, leafy-green magic will translate to the busy, bustling centre of town
In preparation for the big opening, we've gathered everything you need to know about the new site, where Boglione has promised, 'people will be able to just drop in for a bunch of flowers, a bottle of wine, or some freshly made pasta, rather than have each visit be an event.'

It was rockstar royal himself Sir Mick Jagger who planted the seed for Petersham Nurseries in Richmond, or so the story goes, when, in 1997, he tipped off the Boglione family that a 17th century stately home in Richmond was on the market.

The nurseries then 'came about because it was at the end of our garden and when the previous owners retired they asked us if we’d take it over,' Gael Boglione explains. 'It was a commercial nursery and we didn’t want to run it that way, so we just had a go and did our best.'

The nurseries as we know them re-opened to the public in 2004 and have been a bastion of green-fingered chic ever since. The Petersham team have hosted a pop-up shop in Selfridges, set up a temporary restaurant at Frieze Art Fair, and designed a window display for Dover Street Market. Tatler covers their 'Farms Not Factories' fundraisers and their parties are attended by Sienna Miller, Twiggy, and, of course, Sir Mick. Needless to say, the glamorous Covent Garden venture won't be short of celebrity visitors. 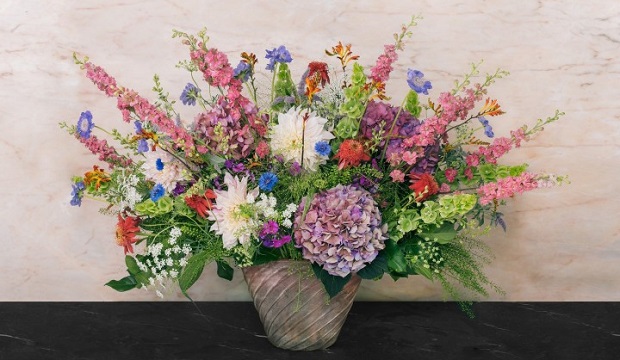 The new venue is set in 16,000 square feet of space in the redeveloped Floral Court – a Grade II-listed town house. That's the size of the three-floor Michael Kors flagship on Regent Street. If the job description for the general manager is to be believed, there will be over 200 staff involved in the day-to-day running of the business.

Petersham's site is in good company. The whole of Floral Street, a narrow Covent Garden alleyway whose main feature is currently the stage door of the Royal Opera House, is being reinvigorated. A Paul Smith store and David Beckham's new sportswear brand Kent & Curwen will be on other end of the street from Petersham.

The action at Petersham will centre around a courtyard – to imagine how welcoming a space like this can be, think of the courtyard at The Bluebird, or Covent Garden Market's sunken central court. However, we'll have to wait until late autumn for this part of the project to open to the public.

Michaelis Boyd, the architectural designers behind the new space, are hard at work preserving the Victorian atriums - round glass skylights (pictured below) which will flood the spaces below with light. These will be complemented by Italian floorboards, chandeliers, and lime-washed walls. 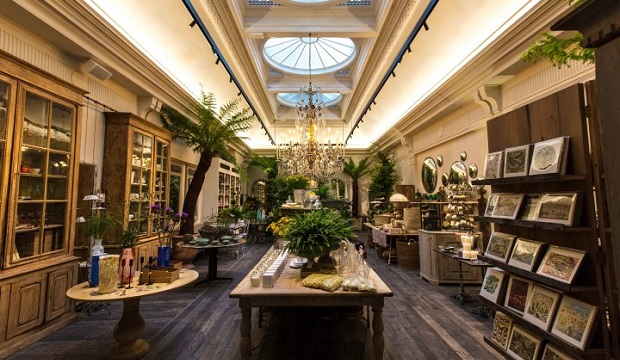 Victorian atrium in the shop at Floral Court

As the store assistants say: 'Come in and see for yourself.' The website doesn't do justice to the selection and curation of the Petersham garden and lifestyle shop. Items are stunningly presented and browsing feels like a treasure-hunt.

In Richmond, one of their most wonderful pieces, best loved by the shop staff themselves, is a ceramic collection of vases which feature Petersham's own wildflowers, hand-pressed and placed onto the clay. The effect is beautiful. Glass vases are always bestsellers during the summer, but this one is something special.

Visitors to the new store will be able to buy similar pieces from Felicity Jones, who also uses real flowers in her ceramics. The other vases on offer are reasonably priced and wonderful, like this sea urchin vase, £30. 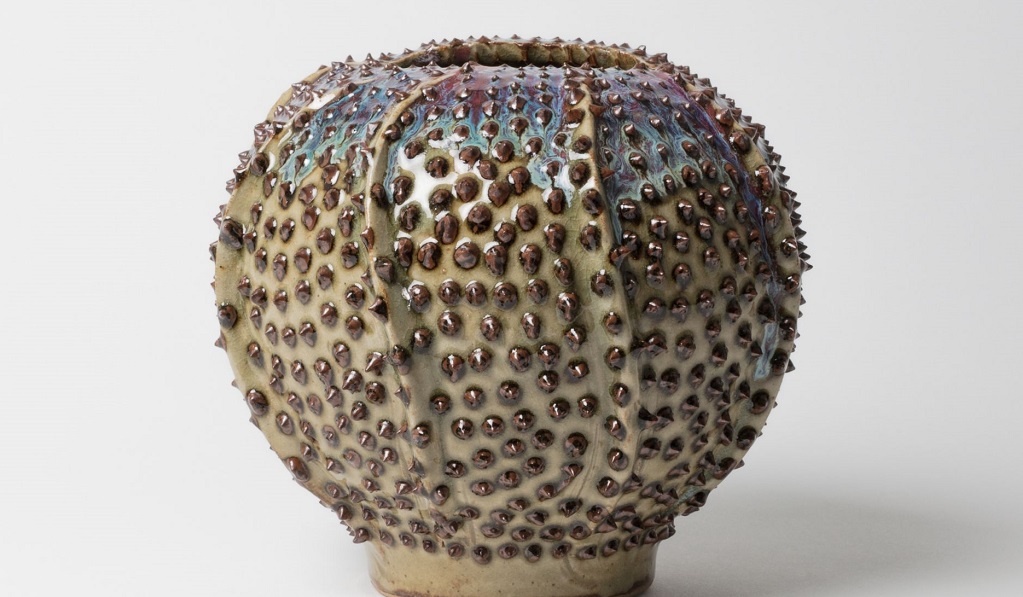 The larger pieces of furniture are all one-offs sourced in French markets or other places and nearly all are antique.

For a smaller (and more affordable) treat, look out for French brand Astier de Villatte, which is based out of a workshop in Bastille, Paris. Their wares are charmant. Buy a scented candle inspired by experiences in glamorous cites: a pastry and espresso in Naples or air-conditioning and tropical heat in Brasilia. Textiles, tablecloths and Italian linen are all new products for the Covent Garden shop. The 'Uniques' – a range of colourful Murano glassware – is set to be one of the most popular items for sale.

The deli is set to open on 2 August. Alongside the Boglione promise of freshly-made pasta, Italian delicacies abound. Look out for tumeric latte powder, as well as more traditional pantry delights like posh chocolate, Due Vittorie organic balsamic vinegar and anchovy paste. 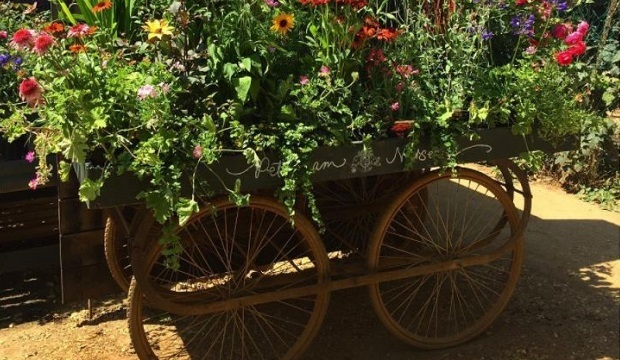 The Indian Cart outside the Richmond nursery

A potting bench, that ELLE decoration has described as 'Harrods' giftwrap for pots', is just one of the little extras new to Covent Garden. There will be floral workshops and demonstrations planned around the bench. The bouquets are large, lavish and seasonal, and they sell fresh white and green arrangements alongside colourful ones.

What's in bloom in July? It's peak time of year for flowers, from delphinium to dahlia, freesia to foxgloves, lavender to Love in the Mist. There's no better time to set up a florist. 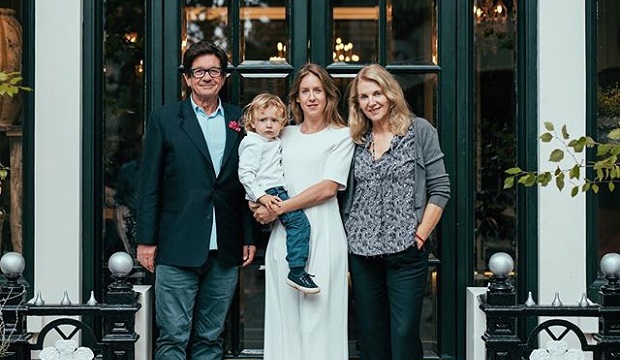 Lara and family at the shop opening

We will have to wait until autumn for the two restaurants to open: La Goccia and The Petersham. Petersham Nurseries in Richmond was famous for its Michelin-starred restaurant under the wonderful Skye Gyngell. When she left in 2012 the restaurant was taken over by Damian Clisby from HIX.

The Covent Garden site needs a new head chef for its two restaurants. At time of writing, the position is still open for candidates and it's likely to be a chef from a big-name Michelin-starred restaurant. During the summer months, tables will spill out into the courtyard.

La Goccia bar and the cellar

Look out for Italian wines, of course. Lara Boglione's husband, Giovanni Mazzei, is a 25th-generation (you read that right) wine producer. Tuscan whites would be an excellent choice for discerning wine tasters – far less known than the Chianti reds in their squat wicker-clad bottles. Cocktails will be served in striking, colourful Murano glassware.
The Shop at Petersham Nurseries Covent Garden will open on Monday 31st July and the Delicatessen will open on 2nd August. Shop the website now.