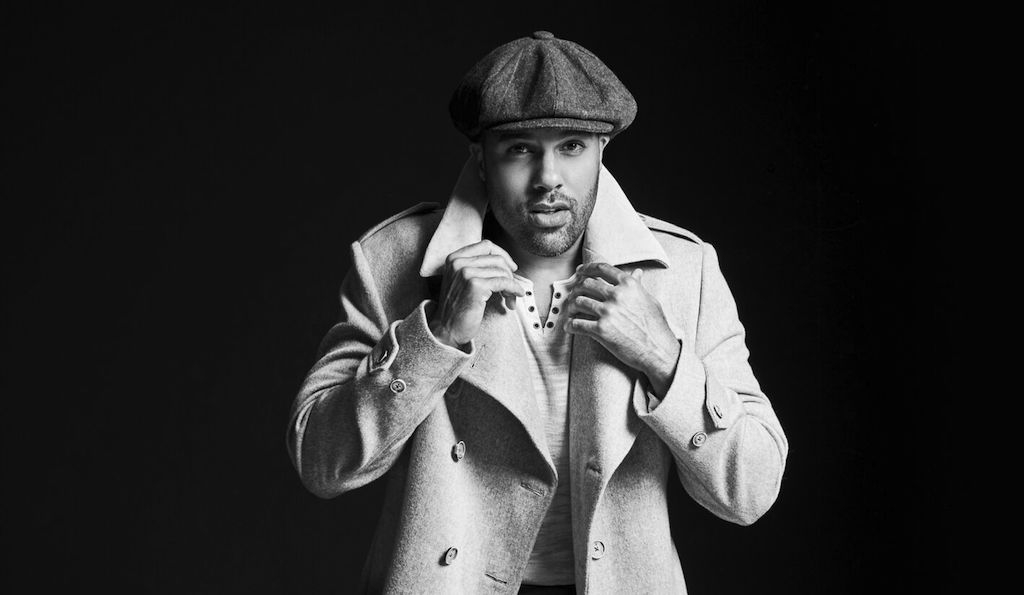 
Alongside Elizabeth Moss, actor OT Fagbenle stars in the show as Luke, Offred's husband. We sat down with the star to find out all about working on the show, Margaret Atwood, and 21st century feminism.

Q: What excited you about this project?

A: So many things. When I first got the email about it, I saw Reed Morano, who I had worked with in HBO’s Looking, and I saw Bruce Miller and Elisabeth Moss and I was like: 'this looks freaking great.' And I looked at the source material, the book, the amazing Handmaid’s Tale novel... and I was in.

Q: Did you resonate with the character of Luke?

A: Yes is a sure answer. In real life, I'm not the most practical kind of guy, and Luke is an everyman who's thrown in a situation where he is forced to deal with a kind of maniacal system and doesn’t really have the tools to deal with it. He is not an action hero, so I was quite excited about playing an everyman, especially after doing shows like The Five and The Interceptor where I was playing more of a hard man. It was fun to be playing someone this time who was completely incompetent at that kind of action stuff.

Q: How do you feel about The Handmaid's Tale being adapted for TV at this time?

A: I think the right time for an adaptation is when there are artists willing to do it. Unfortunately, questions over patriarchy and the unbalance of power have always existed. There’s never been a time when women are paid equally with men. That’s never been the case. So, unfortunately, lots of the issues involved in unbalance between men and women have always been relevant, and now as much as ever. And it is great that we have people like Hulu and MGM to get behind it.

Q: Did Bruce Miller have a particular vision for the show?

Q: Do you have any hopes for the show's cultural impact as the series comes to an end in the US and begins in the UK?

A: One of the most exciting things about the show is seeing that there is a continuation of an ongoing conversation about gender and about power, about the rise of populists and not necessarily empirical-based governments – a kind of charisma-led leaders. We’ve seen it, and mocked it, across the world when we’ve seen these kinds of leaders crop up and then just looking at what the impact is when we have on our side of the shores. So yes, it’s a conversation and it’s the continuation of that conversation, and that’s what I’m hoping comes on a cultural level. 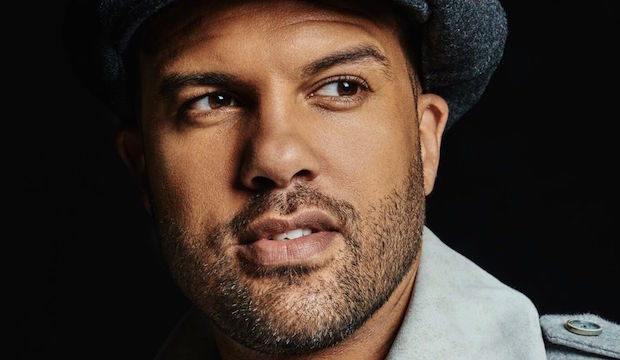 Q: There are differences between the book and the TV show (for example, Luke appears to have been shot in the first episode whereas Offred never knows whether Luke is alive or not in the book). Was there a particularly scene that stood out to you?

A: My favourite scenes to do were all the ones I got to do with Elisabeth Moss. She is so fun to work with and she is such a genius actor. It’s inspirational to see her work. So all of those ones stand out for me. But when I read the script at first and, finding out that Luke was still alive, as a fan of the book I was thrilled because there are so many unanswered questions in the book, which is part of the charm of it. Having ten hours of television to expand and extrapolate on the little poetic whispers that Margaret gave us is so exciting and that’s why I was so doubly excited about the series because, as a fan, I want to know more.

Q: Margaret Atwood said that the scene where the handmaid’s shame a woman who was gang raped was ‘horribly upsetting. It was way too much, like way too much history.’ Is there a particular scene that stands out to you as being the most moving?

A: I’m still very torn when I see our little Jordana, our wonderful actress Jordana who plays Hannah in the show, being torn away from her mother. I think it’s particularly heart-wrenching. But there’s also stuff I can’t talk about yet, so yes, it would be my answer.


Q: Did you get to spend much time with Margaret Atwood? How do you think she feels about the adaptation?

A: I have got to hang out with her a couple of times. Unfortunately for me, I’m a little bit of a fanboy around her and I just feel like she is such a genius. She's already heard everyone talk about her in such wonderful tones and be so erudite and witty around her. I just turned into a veritable mute. So I haven’t manage to have a useful conversation because I’m such a fan and it makes me shy. But my understanding over it is that she really likes the adaptation.

Q: Did you have fun on set, or was it all doom and gloom?

A: It was wonderful. What’s weird is that sometimes the darker the drama the lighter it is in-between takes. The cast are genuinely all really lovely, they are just fantastic. Joseph Fiennes, Samira Wiley, Max Minghella, Yvonne Strahovski, Madeline Brewer, Elisabeth Moss... One thing Bruce was good at was bringing together a team of people that got along.

Q: Did this experience teach you anything, or make you think again about previously held ideas?

A: During the filming, I found out that president Trump was gonna be elected and I didn’t think a man would be able to say stuff like, 'you just grab a woman by her private parts and you can just do it,' and then get elected to the highest office. Incidentally the guy he said it to was fired from his hosting job, but the guy who actually said it got a job of the most powerful people in the world. I didn’t think such a thing was possible.


Q: Does being a man change your experience of responding to a show like this?

A: I don’t know what it’s like to be a woman who has experienced the show, so I can’t say how my experience differs in that respect. I think we all should be appalled by what happens to the people in the show. There are women who are in societies severely more misogynistic than the ones that we live in, in England and in America. Perhaps they will have a different experience watching something like this, or someone who was brought up in an extremely conservatively religious background may, again, have a different experience. I think we all have different experiences. Me, personally, I’m moved by the issues; I’m moved by the creative writing. I think it’s really fantastic television.

Q: Do you think it’s possible for us to live in a world with genuine equality between the sexes?

A: I think that sometimes it’s easy to mix up everybody having the same access to opportunity. I don’t think everybody wants the same thing. For me, actual equality isn’t the goal. I think the goal is equal access and equal opportunity because, just based on science, statistics, we can see that there are certain… Like for example the pay difference: why don’t women have equal access to the same remuneration for the same jobs as men? Is it possible that we can set up a world where men and women are paid the same for the same jobs? Absolutely yes. Will they decide to do without money? Will it be equal? I don’t know but I don’t think that’s what we’re focusing on. What we’re focusing on is giving people opportunity, and that should cross disability, race and sexual orientation. There are really interesting studies that have been done that shows how lots of people’s unconscious bias, and how that affects people’s access and opportunity. So, I think increased equality of access is something that we can achieve with more consciousness.

Q: Do you think it’s possible for the USA to become like Gilead?

A: There are myriad of nightmare outcomes for societies that we live in, which are much worst than the ones we have now. What happens in Gilead is that, amongst other things, there’s a huge natural disaster and the women of the world become for the most part infertile, and what the response to something like that is – I could imagine it being quite extreme. But I don’t think we need to put our fears in Gilead. We have enough to be frightened of right now. But if you look at inequality rates between the rich and the poor, there is the idea that there is social mobility, that people who come from poorer families are likely to have as much influence than some else, those numbers are really scary because what they suggest that the idea that we have that people have equal opportunity isn’t actually true. And that luck in terms of where you were born and what class you’re born into, or race, or what gender you are, has too much of an influence on people’s outcome. It even has an influence on how long you are likely to live. It’s really scary. While we can be afraid of a Gilead-type future, there is a scary enough present that we must urgently deal with.