Olivier Assayas was joint winner of Best Director at Cannes 2016. Check out our interview with the cineaste 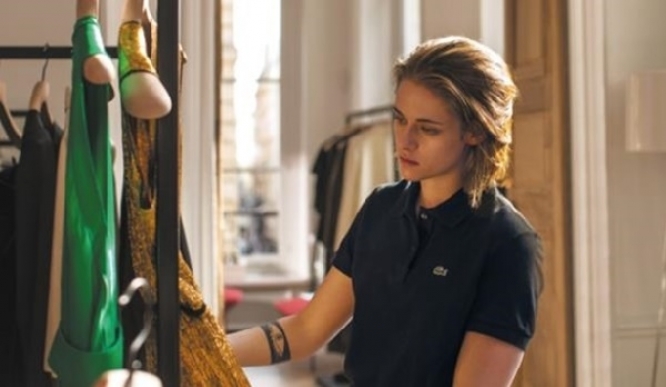 Kristen Stewart in 'Personal Shopper'
The 2016 Cannes Film Festival was surely the most divisive of recent years. In the aftermath of the cinematic extravaganza, disagreements abound, not least between the festival jury and most of the world's films critics. Perhaps one of the least controversial victories was Olivier Assayas' Best Director joint win for Personal Shopper, a supernatural drama starring Kristen Stewart as a psychic medium. Having said that, so strong was the spirit of discord this year that the film still managed to attract both boos and a standing ovation. How exactly does that work?

In any case, we're big Assayas fans, and caught up with the director last year to talk about Clouds of Sils Maria. So if you want to know a bit more about him before Personal Shopper hits UK cinemas, look no further. Here he is on the strangeness of the film world, ageing, and 'The Kristen Factor.'

Assayas has worked with Juliette Binoche in the past, most notably on the film that kick-started both their careers, Rendez-vouz (1985), for which he wrote the screenplay. The idea for Clouds of Sils Maria, he says, was ignited by a phone call from Binoche to suggest they work together again.

"The film, in a certain way, belongs to Juliette...she created the spark." 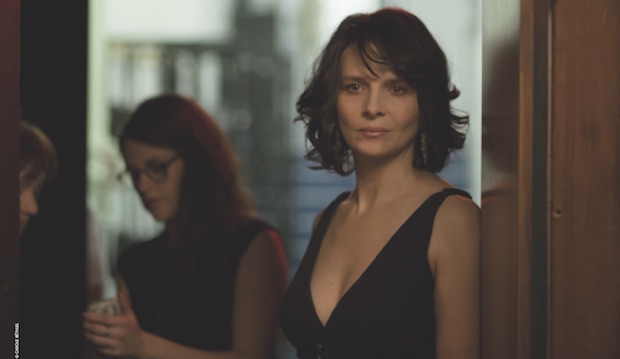 Kristen Stewart and Juliette Binoche in Clouds of Sils Maria

He deliberated as to what might work. "What can I give Juliette that she has not done a million times? What can I give her that is new that can be challenging, stimulating, that will help her go into areas that she would not instinctively go?" Finally Assayas had an idea: "why not try to ask her to play herself?"

His film, Clouds of Sils Maria, tells the story of Maria Enders (played by Binoche), an international star who is travelling the Swiss alps with her young and fiercely intelligent assistant Valentine (Kristin Stewart). When Maria's aged mentor and playwright friend suddenly dies, she finds herself offered the role of a lifetime: in the same play that kick-started her own career, 'Majola Snake'.

The play-within-the-film explores an older woman's infatuation with her young, attractive female assistant: where in her youth, she played the younger woman, Sigrid, this time Maria must take on the role of the older Helena, and in doing so face up to the reality of her own ageing, and the passing of time. The parallels with Maria's own life (as well as Binoche's) are evident from the first.

Ageing is a particularly significant experience for actors, says Assayas. "Their face is blown up on a huge screen and people scrutinise every wrinkle. People don’t want them to age. When you’re a teenager, and you admire this or that actor, you don’t want them to grow up. You want them to remain stuck in time." 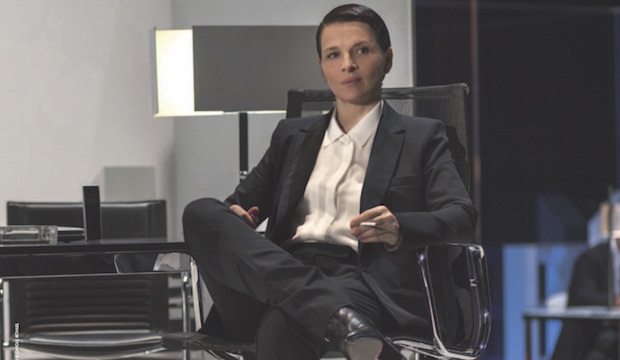 "Everybody has to go through that process, except it’s more violent for actors. Celebrity culture is invasive, so they have to deal with that in an exaggerated way. It’s like a magnifying lens. But ultimately it's something that we all experience."

The film casts a critical eye upon the modern media; the scrutiny of the camera; and celebrity culture. Chloë Grace Moretz' character, 'Jo-Anne Ellis', is a young actress with a Lindsay Lohan-esque reputation, who takes on the role of Sigrid with a cut-throat brutality towards her older counterpart. Her misdemeanors and personal experiences are never out of the public eye: in this sense, her life parallels that of Kristen Stewart's: one of many meta-theatrical parallels that are impossible to shake when watching Assayas' film.

As Maria and her Valentine rehearse the script in a claustrophobic cottage atop a stunning mountain range, Sils Maria, they embark on long intellectual debates that occasionally turn fractious. Maria's sympathies start to align with the older character she used to disdain, whereas Valentine, reading for Sigrid, sees from her younger, more confident perspective. The film steadily develops into a meta-theatrical mise en abyme, slipping in and out of its fictional script, to the point that we're never sure whether it's Maria or Helena, Valentine or Sigrid – or even, at times, Binoche or Stewart – championing their generation's perspective. 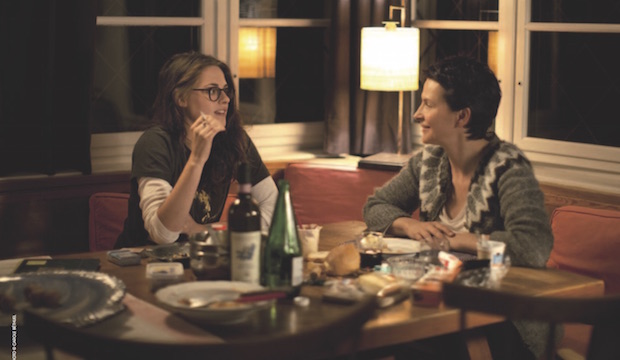 Clouds of Sils Maria constantly threatens to demolish its fourth wall, but never quite commits to it, leaving an overwhelming sense of uncertainty, as if it's all a charade. As Assayas says, Maria "is both inspired by Juliette – and not her at all...I always wanted the audience to remember that Juliette was somehow Juliette; that Kristen was somehow Kristen."

"I was just having fun with that...it's a game...in most movies you do everything you can so that people forget about the actors, you have the most solid characters you can, you try to erase the memories you have of those film stars. Here it’s the opposite. It's a movie where you constantly see Chloe, Kristen and Juliette as well as the characters they play."

But this 'game of mirrors', he says, is just part of the fun; a distraction. The main narrative is, for Assayas, the universal experience of the passing of time. "It's about what you do with time. You have to be able, at specific moments, to face the reality of time and be able to open another chapter. After which is something very simple and something everybody can relate do and has nothing to do with the techniques of acting." 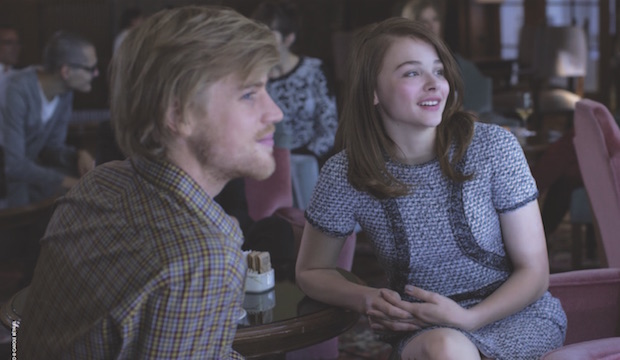 The film constantly looks at things from an intellectual angle, exploring the industry as seen from below, from behind the camera. Its uses fictional Youtube footage, Google Images and news reports to re-enact the hawkish eye of the modern media. In this sense it's reminiscent of David Cronenberg's 2014 film Maps to the Stars but, says Assayas, he's more optimistic.

"He’s a great filmmaker, but he has a completely different vision of Hollywood, and Hollywood culture. He and Bruce Wagner are artists that have had to deal with Hollywood seen from its worst perspective. They have constantly to deal with the bulls**t of Hollywood, with the stupidity, the perversity, the cruelty of the system. I have been lucky, I’ve been making my movies in Europe in a much more protected environment."

The intellectual, pensive feel of the script creates a distinct sense that we're watching French cinema, but the fact that Clouds of Sils Maria is scripted in English, with an international cast, means it also takes on a strangely transatlantic tone. For Assayas, the film "has a universality of emotion that dialogues with the totality of media culture. There’s a kind of circulation between Hollywood and Europe, between mainstream cinema and avant-garde theatre. Clouds of Sils Maria gives a map to the strange new world where actors and actresses do live."

Much of this international draw has to do with Kristen Stewart – who was in France awarded the César for Best Supporting Actress, for the role of Valentine. "She brought a lot of visibility to the film. This film opened in the US two weeks ago – now it’s showing on 164 screens in the US: that has never happened to any of my films." 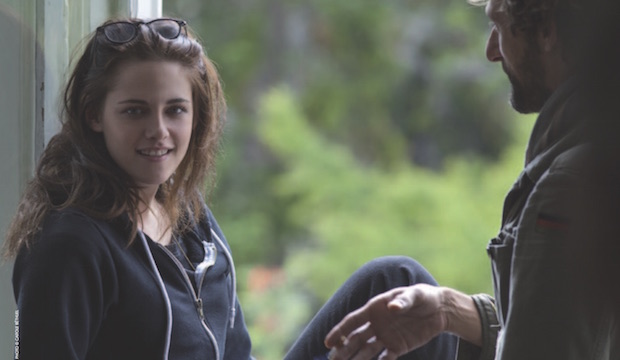 "I mean" says Assayas, "it's the Kristen factor. People love her in a film, so that gives it a genuine boost. It doesn't really affect much in France, because it's not the same crowd. It's not that all of sudden you have the Twilight crowd who rush to see Sils Maria, it’s more the Juliette crowd, who discover that this young American actress has come out of nowhere – they have no idea what Twilight is. But they like her because she's likable. She's funny, she’s likable, she’s modern – in a specific way."

Assayas' films are full of intellectual references, which can often be challenging, particularly if you're not familiar with his work. Has Sils Maria been lost on this younger 'Twilight' audience? "It’s the old paradox, and the frustration of independent film-making today. When you make movies you want to make movies for the youth, the modern cinema-going audience. And then you end up making indie films which are viewed by middle-aged crowd. That’s a fact. Occasionally you can bring a fraction of the younger audience, but they really want to see blockbusters."

The film critiques the big, Hollywood 'superhero movies' and their apparent lack of depth, whilst accepting that they belong to a generation Binoche's (and Assayas') era will never be able to appreciate in its context. For the younger generation of the film, on the other hand, the older has a pretension that is unjustified and inaccessible. "I’m looking at the world from both perspectives. Both reflect a completely relevant take on modern culture."

"It’s not that today's youth aren't as smart as the previous generation. Eventually they are smarter. It’s just that movies – independent movies – mean less to them. They don’t have some kind of artistic cinema culture. So that’s somewhat frustrating."