Monica Galetti of Masterchef: The Professionals worked as sous chef at Le Gavroche, and has now opened her first restaurant, a contemporary take on fine dining 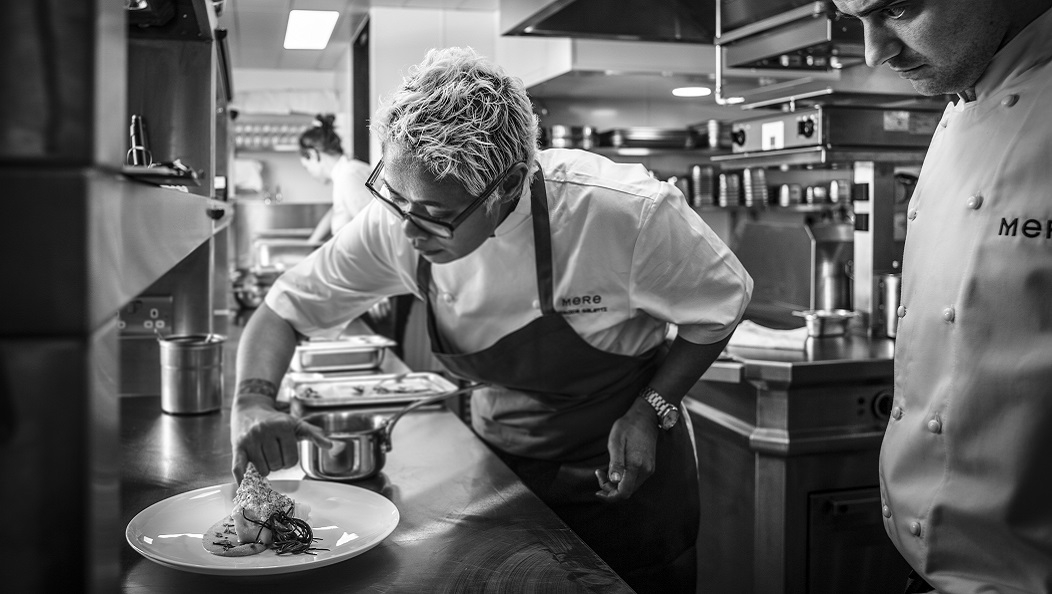 It's Monday morning, usually a moment of rare peace in a chef's timetable - especially a 'celebrity' chef.

But, despite a high profile role judging on Masterchef: The Professionals, Galetti is still hands on. Over much hubbub, Galetti explains that with a weekly-changing lunch menu, Monday morning is crucial, and that despite not being head chef, she's very much on site.

"Monday is the day when you get ahead of everything, start everything fresh, it's a fun day of the week.

Such involvement is impressive, especially as Mere's website doesn't even list Galetti as a staffer. But she confirms that she's here six days a week.

In fact, Galetti has a great deal to do with the day-to-day running of Mere. But she is no machine, and her family ethos for dining kicks in when we discuss the working culture at Mere, which involves her and her head chef Renee, and sous chef Alberto Fluttero, who Galetti says "get together and bounce ideas off each other" for the weekly-changing menu.

Renee Miller, head chef, has credentials that include fine dining restaurants in Toronto and London. 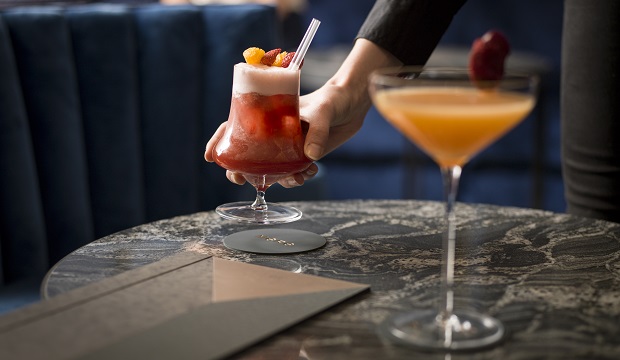 The brightly coloured cocktails that are served in the bar

After more than a decade in London's best kitchens, including the role for which Galetti is most famous, as sous chef at the twice-Michelin-starred Le Gavroche, Mere is the chef's chance at her own personal restaurant statement, reconciling her humble vision of family-style eating with her love of fine dining.

Pairing dishes and wines with her husband David, the sommelier whom she set the restaurant up with, was "a lot of fun to create together", she says, and despite the flightly prices of the main plates (mostly £30 and upwards) Galetti says that the idea behind Mere is for it to be "inclusive, for anyone - that's what families are about. No-one's left out."

Galetti imagines "families and elderly couples celebrating anniversaries" dining here, and although the restaurant isn't expressly for celebrations, its decor is well-suited to them so "if you want to come here to celebrate then, of course, you can."

Galetti has the spirit of family life in her veins. In fact, Mere itself is a generous and triumphant ode to her own mother. In French, mère means mother, and, says Galetti, "for me, it's an ode to her". Galetti has a strong voice that is both confident and totally informal: "I am because of her. That's it."

The chef muses on best moments from her childhood: "It was such a treat to know that mum was in the kitchen, making pancakes for all the kids."

Although Galetti says she enjoys eating out in a diverse mix of restaurants, traditional fine dining will always be her selling point, not least because of her past at Le Gavroche.

And like the sophisticated food on the plate, which blends French and South Pacific influences, the restaurant has an interior which looks a million dollars. Galetti has two favourite features. One's outside, "we've put the wine crates from home to make a wall in the terrace area", and one's separating the out from in, "the (double length) floor-to-ceiling glass windows go from the ground floor to the basement" Galetti declares proudly. 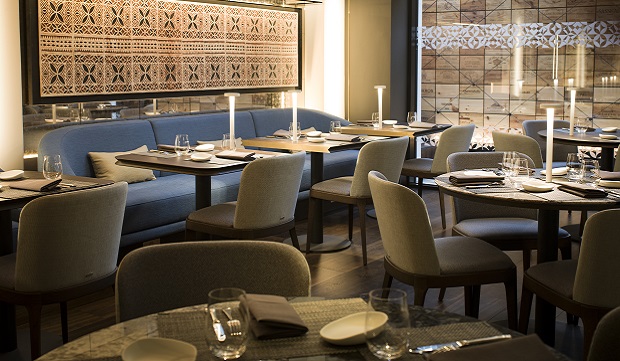 A perfectionist in every sense, Galetti hired an audio specialist "so you don't have to shout your head off to be heard over the table. That annoys me."

For every bold assertion, there's an accompanying moment of self-reflection. Of the loudness, maybe "it's a thing that comes with age". "The older you get!"

Of a new era of casual dining, Galetti is confident that there's "always room" for fine dining, and with a trademark dollop of frankness, says when I ask her about dining trends that "I think you just cook to the best of your ability, and you eat where you enjoy eating. If you follow the crowds, that's kind of sad."

"Go and enjoy yourselves rather than worry about what others may be eating."

So what will we be eating at Mere? On the menu at the time of publication is a rhubard glazed breast of squap, with ras el Hanout Pastilla, cauliflower and chard; a poached and crispy lobster claw with potato puree, hispi cabbage and Bisque sauce, and a mushroom and Marmite Tortellini. 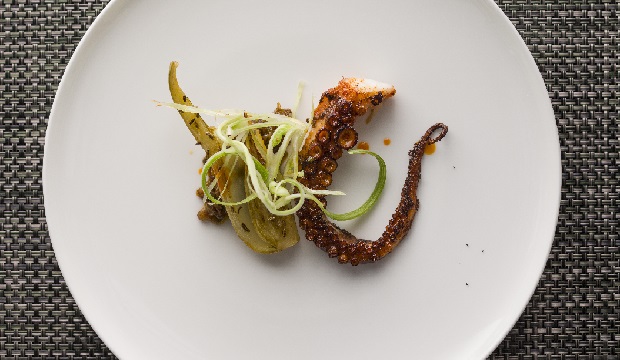 It's inspired by Galetti's guilty pleasure dish (Marmite with "a big cup of green tea and lashings of butter'). But the fine dining twist is enough to convince even the dubious: Marmite haters have been really happy, so mission accomplished i guess."

"I feel like I'm shouting at you!" Galetti says as she invites me in, ("see you here for the Marmite!"), but before she goes I hear her turn to talk about something else, to someone else, as the flurry of work continues around the clock in the Mere kitchen.