The Legend of Tarzan: we talk to Margot Robbie, Alexander Skarsgård and director David Yates

Hollywood stars Margot Robbie, Alexander Skarsgård and director David Yates tell us all about sex injuries, girl power and their latest film: The Legend of Tarzan 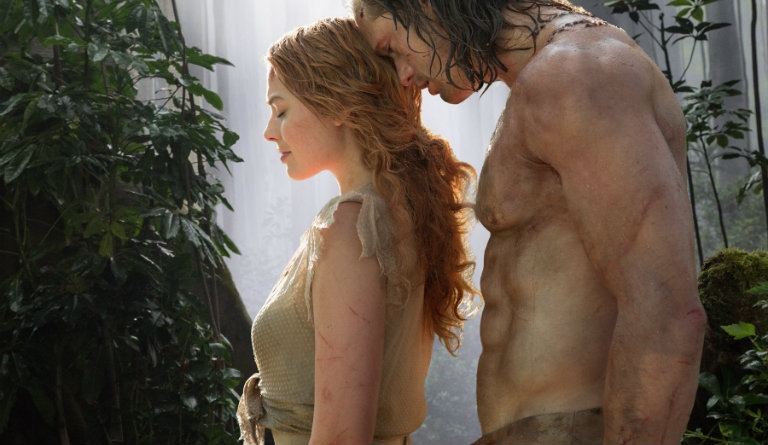 Margot Robbie interview, Alexander Skarsgård interview, David Yates interview: The Legend of Tarzan interview
You'd be forgiven for thinking that 2016 was a dull year for blockbuster cinema. It seems that new ideas are redundant, creative modern storylines forgotten and adventurous new characters missing. These days, it’s out with the new and in with the old. From X-Men to The Jungle Book: Hollywood has finally embraced recycling.

The story of Tarzan, like the Marvel stories, is one of the worst offenders, having been endlessly reproduced long before director David Yates got his hands on it in, most famously with Johnny Weissmuller in the 30s and 40s, and Christopher Lambert in the 80s. So, why was Warner Brothers interested in dragging this old tale up again? Could the story of a boy raised by apes written in 1912 really have anything to offer a 21st century audience? Culture Whisper sat down with the starry cast and director to find out. 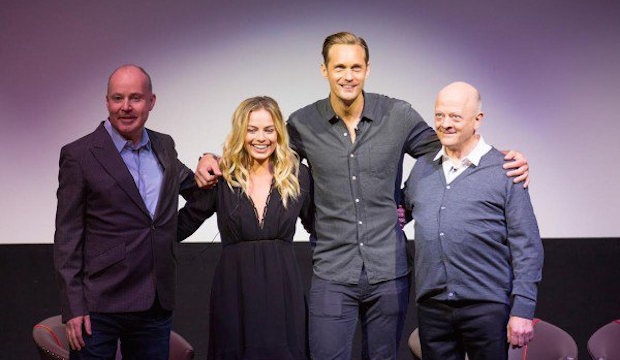 Alexander Skarsgård is a towering 6' 4" of quivering, camera-ready muscle. He looks as though he has more than a touch of the animal about him even in jeans and a shirt. Unlike the 1984 Christopher Lambert adaptation of the story, Greystoke: The Legend of Tarzan, Lord of the Apes, Skarsågard's Tarzan doesn't begin as a baby lost in the jungle. When we meet him, he is John Clayton, Lord of Greystoke: the civilised man. This is a different story altogether.

“It is almost the opposite of the origins story,” Skarsgård explains. “In this story, the taming of the beast is already perfected. He’s acclimatised to life in Victorian Britain. He feels obligated to take over Greystoke Manor.”

David Yates made the directorial decision to assume the audience already knows who John Clayton is and how he got there. The specifics of how Tarzan came to be Lord of the Jungle are lightly touched on through a series of flashbacks, carefully placed throughout the story. But no one really cares.

This is a story of regression. To begin, Clayton/Tarzan, already a legend, is in Greystoke Manor with his wife Jane, serving as a member of the House of Lords. He is called back to the jungle by rumours of misdemeanours by King Leopold and his emissary (Christoph Waltz), who are building an empire on brutal slave labour in the Belgian Congo.

“His journey is about releasing the beast within. Slowly he comes out, and it’s something to which everyone can relate: we all get those primal urges and instincts. We’re animals, aren’t we?” says Skarsgård.

The creation of a beast wrestling to escape the man he’s become required the work of “probably the greatest choreographer in the world”, Wayne McGregor.

“It was a new aspect for me as an actor,” Skarsgård says. “Physicality is important obviously, but I’d never done it this detailed or as played out as this. Although playing the part of a British Lord – it was very important to Tarzan that he perfected that – his natural posture is that of an animal. I loved finding those moments when he was alone and something comes out – a little gesture or look or sound, when you can feel the animal coming out.”

The palpable intimacy between the two ludicrously attractive protagonists was given a boost by physical role play off camera. "We weren't allowed to talk, and we went through the routines of what we would do and how we would touch each other," says Robbie. "We came up with a backstory of how we met and how we'd live – it became so easy to touch you," she says turning to Skarsgård, "and not feel like there was a barrier between us."

"This is the story of our getting separated in Africa," Skarsgård says. "And in the third act we’re trying to get back together. It’s important that the audience root for us. If you don’t feel the love between us and the connection between us then we have a problem. But that's quite easy with Margot Robbie, because she’s very charming."

It speaks volumes that the only injury sustained in the whole film was: "during the sex scene, I claw at her, ripping her dress", Skarsgård admits. This does nothing to quash the rumours that Robbie and Skarsgård are dating. 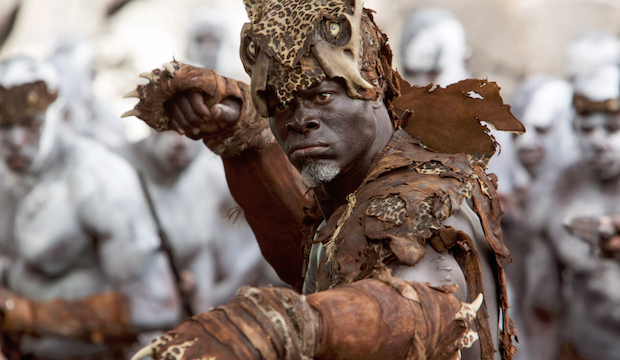 If Skarsgård’s Tarzan is a changed one, now a man of culture, it’s nothing to Margot Robbie’s Jane: no longer the vulnerable, fragile lady in need of rescuing, she’s a powerful woman with a strength all of her own.

“They each need each other”, says Skarsgård. “She’s not a damsel in distress. When they’re separated, Tarzan is not complete without her.”

“She’s fiercely independent, although fearfully in love. She’s as emotionally strong as Tarzan is physically strong,” Robbie tells us. “They both had to be strong in their own way or why would they be together?”

So: Tarzan returns to the jungle to battle forces of oppression and Jane is a powerful feminist to boot. What other modern threads has Yates worked into this story?

"Our relationship to nature is as important as ever in this super-digitalised new world", says Yates. "There are still these questions that Darwin wrote about in On the Origin of Species. This film sits in that question of are we genteel or are we animals – we toe that line."

For the cast, there was a moment of disappointment when they realised that they weren't going to be heading over to the African jungle, but were filming instead in exotic Leavesden (where the Harry Potter films were shot). 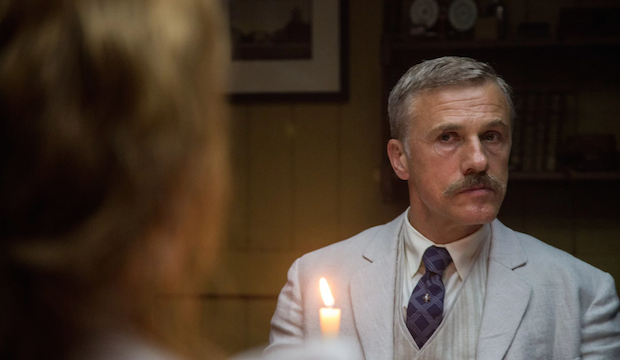 "I was a bit concerned: was it going to be a green room?" Robbie admits. "But it was incredible. They had two huge hangars that they’d turned into a set with real trees and rivers and grass and a colonial town. It was a massive massive set, so they'd created a miniature version of Africa – with real African grass. It even smelt like a jungle."

There's something epic and remote about Africa, and also the story of The Legend of Tarzan that made the film so attractive, Skarsgård explains. "I love Sci-fi movies that take us to another universe or a totally different world. What's so fascinating, is it felt that for someone who lives in London or New York, it [the jungle] is a completely different world from anything we've seen before, but it's only 200 miles away [sic]. It feels like a different world or planet, but it's right there."

Arriving on our screens only weeks after the new Jungle Book film, I ask whether there's something about our time, and the time when the two books were written (only a few years apart) that account for our sudden fascination with feral men.

Skarsgård laughs. "The more feral aspect of the character is something that’s timeless, something we’ve always been fascinated with: that dichotomy was heightened during the industrial revolution when people lost touch with nature in a way. That obviously created more of a longing to go back to nature and back to our primal state."

In the 21st century, driven by technology and politics, perhaps it is a yearning to return to a simpler time that will drive us into the cinemas to see this one. Or perhaps it will be the desire to see the potent sexual energy between Robbie and Skarsgård played out before us.

Either way, don't expect to see the same old Tarzan you think you know. This is a re-make that, like Tarzan himself, may seem familiar, but scratch the surface and you'll find a very different creature indeed.

The Legend of Tarzan