Female chef power. The most thrilling story of Michelin's latest awards is Clare Smyth winning two Michelin stars straight away for her first solo restaurant Core by Clare Smyth which only opened earlier this year. Jumping one star to two star immediately is very rare indeed, and, a feat only Claude Bosi's Bibendum has achieved before.

Exciting too are the Bib Gourmand awards: these are more informal (and more affordable) restaurants serving seriously good neighbourhood food. This year, there are four London recipients: Sorella: sister restaurant to The Dairy in Clapham and Robin Gill's ode to the Italian Amalfi coast; Kudu, a South-African inflected neighbourhood restaurant in Peckham; Farang, Seb Holmes' Thai meets British ingredients in Highbury and Petit Pois, an intimate French bistro in Hoxton. 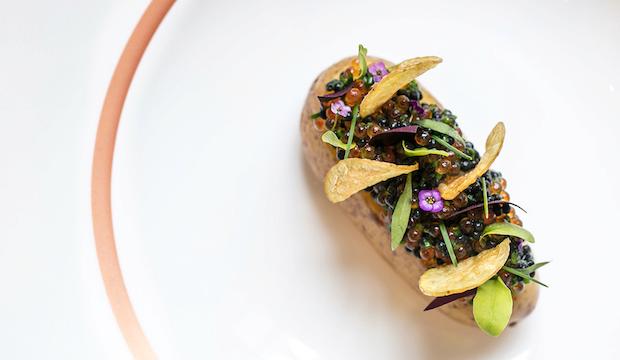 Clare Smyth has been cooking at three Michelin star level for more than a decade. She was head chef/patron of Gordon Ramsay Hospital Road before going solo. Many chefs believe the exceptional finesse of her cooking and technical virtuosity is deserving of an immediate three star accolade, though this is unheard of for Michelin.

Her signature dishes such as trout and roe, and Isle of Skye scallop with sea vegetable broth are dazzling perfection.

Though it is strictly no tablecloths, dining here is still a very grown-up, elegant treat and not the place to celebrate by letting your hair down.