Victoria Broackes, co-curator of the V&A’s ground-breaking David Bowie show, talks about how it has opened the door to more daring exhibitions at the London museum... 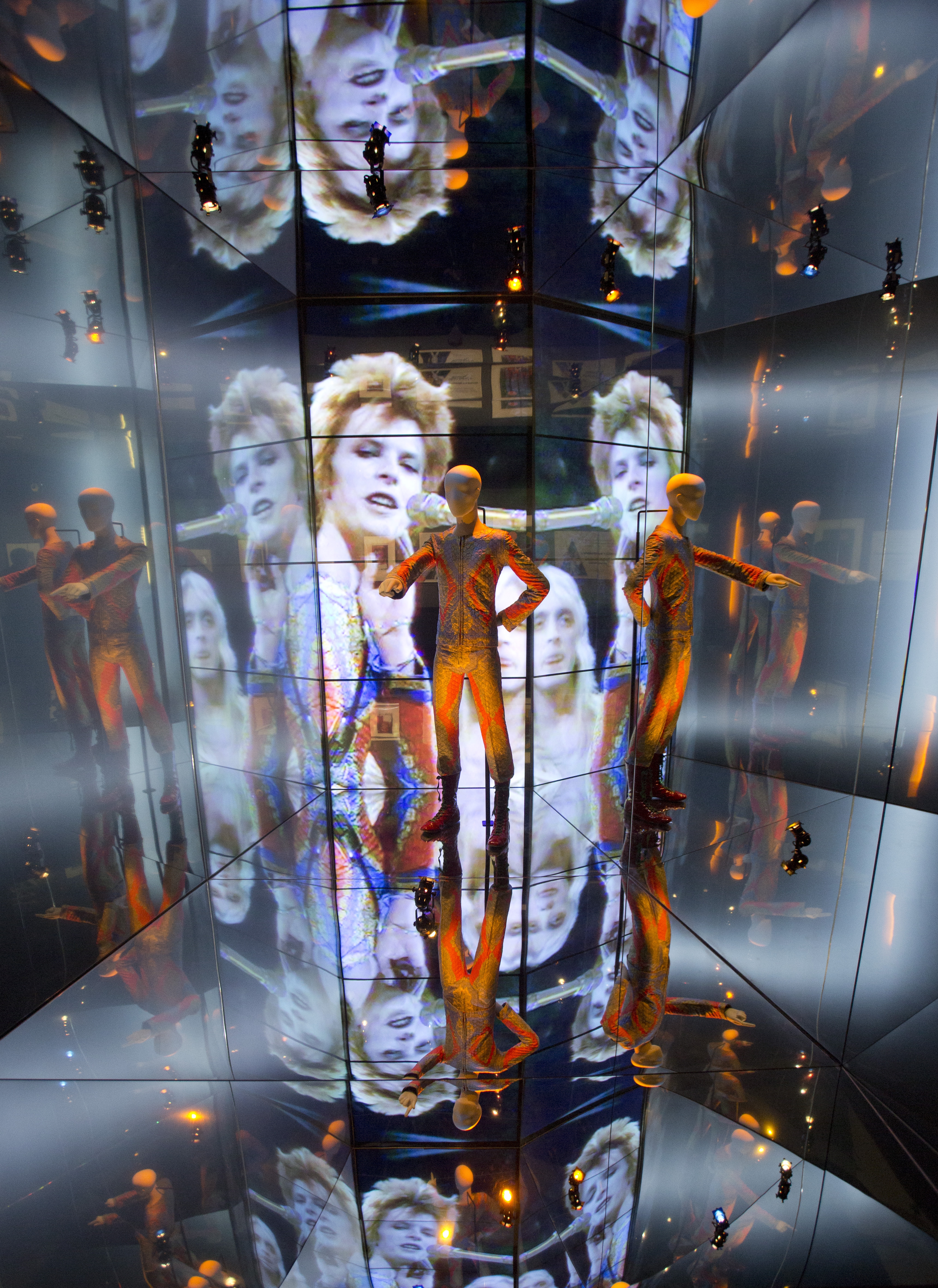 courtesy David Bowie Archive (c)Victoria and Albert Museum
David Bowie has just turned 67. A year ago, both his fans and the media thought he had retired. All that changed when, out of the blue, he announced his new album, on Radio 4’s Today programme of all places, prompting a resurgence in Bowie fever.

Shortly afterwards, the V&A opened their game-changing exhibition devoted to the artist – David Bowie Is – but remarkably, the two events were quite unrelated. Bowie had handed over his archive, but kept his new album a secret.

‘I woke up to Radio 4 and I actually thought he had died,’ says Victoria Broackes, co-curator of David Bowie Is and Head of Exhibitions for the V & A’s Department of Theatre and Performance. The implications dawned on Broackes as she reflected: “It wasn’t clear when we started this project that Bowie was flavour of the month, but he certainly is now.”’

The V&A’s ground-breaking, multi-media extravaganza became the fastest-selling show in the museum’s history, with 310,000 visitors and hundreds more turned away each day. Now the exhibition has gone global on a scale unprecedented for the V&A, touring locations from Sao Paolo to Paris. Meanwhile, Bowie’s new album, The Next Day, sold more copies than any other recording in independent record stores last year. As it turns out, the V&A was spot on: David Bowie most definitely IS.

Standing between a recreation of Kylie Monogue’s dressing room and an Ossie Clark jumpsuit worn by Mick Jagger, Broackes is contemplating which figure from the world of rock and pop the V&A should do next. Bowie ticked all the boxes: not only is he a great performer and musician, but he is also a design visionary – and one of the key roles of the museum is to celebrate great design. It will be hard to find another subject like Bowie - someone with real cultural significance, not just the frontman of a great band, and with a strong performance edge. The identity of any future subject is, of course, a closely-guarded secret – watch this space for more.

Certainly, they would be lucky to repeat the creative carte blanche they had with Bowie, who gave unprecedented access to his archive, with its 75,000-plus objects, and said ‘make of it what you will’, according to Broackes. Given that Bowie controls every aspect of everything he produces, even down to the merchandise that goes on tour with him, it’s somewhat surprising that he didn’t have a hand in curating the exhibition. Or is it? For him, the audience has always been a part of the story. ‘Bowie has always liked the idea of putting the work out there and then the audience comes along – or in this case the curators – and makes something of it,’ explains Broackes. ‘There are examples from his past where there’s been a myth, a lie even, and if he likes it more than the truth he may leave it to run.’

Whilst planning the exhibition, the curators continuously asked themselves: ‘How would Bowie do it?’ The real challenge lay in making it a sound and vision-led exhibition, a new departure for the museum. ‘It was very expensive and quite challenging in terms of what people are used to here,’ says Broackes. ‘What’s exciting is that it seems to have quite literally paid off. I think the immersive experience of the exhibition and our efforts to bring Bowie's own pioneering and theatrical nature into the narrative and design of the exhibition, meant that people found it exciting and often very emotional.’

A common response to the exhibition was: ‘It makes me feel so damn lazy.’ Co-curator Geoffrey Marsh (who likes statistics) worked out that Bowie performed once every 11 nights over a 35-year period. Many visitors described how watching Bowie’s breakthrough performance of Starman on Top of the Pops in 1972 had changed their lives. ‘Looking back on that period, it was a very different society,’ says Broackes. ‘You were no better than you should be. I think Bowie shows us that we can all be better than we were expected to be.’

Certainly, Broackes feels she has benefited from becoming ‘a bit more Bowie-ish’. Curating the exhibition took her into new territory – writing a book and making and presenting a film. ‘I wish I’d known 20 years ago that actually you just have to try things and you can do lots of things you didn’t expect you could do. Life could have been so different. I did feel: ‘well, Bowie would have said: “Yes, do it.’ He was a shy boy from an ordinary background and yet he did all these things and, by doing them, learnt to do more. I say it to my children all the time: ‘Don’t say you can’t do something till you’ve tried,’ but grown-ups need to have that lesson reinforced, too. I feel I’ve taken that on board.’

Bowie himself visited the exhibition early on a Sunday morning with his wife, Iman, and 12-year-old daughter, Lexi. He reportedly liked what he saw, though Broackes won’t be drawn, simply saying: ‘I’ve heard on the grapevine that he is both astonished and absolutely delighted at the response he's received.’

As Bowie blows out his 67 candles today, it’s anyone’s guess what he will be wishing for this year. Happy Birthday, Bowie!